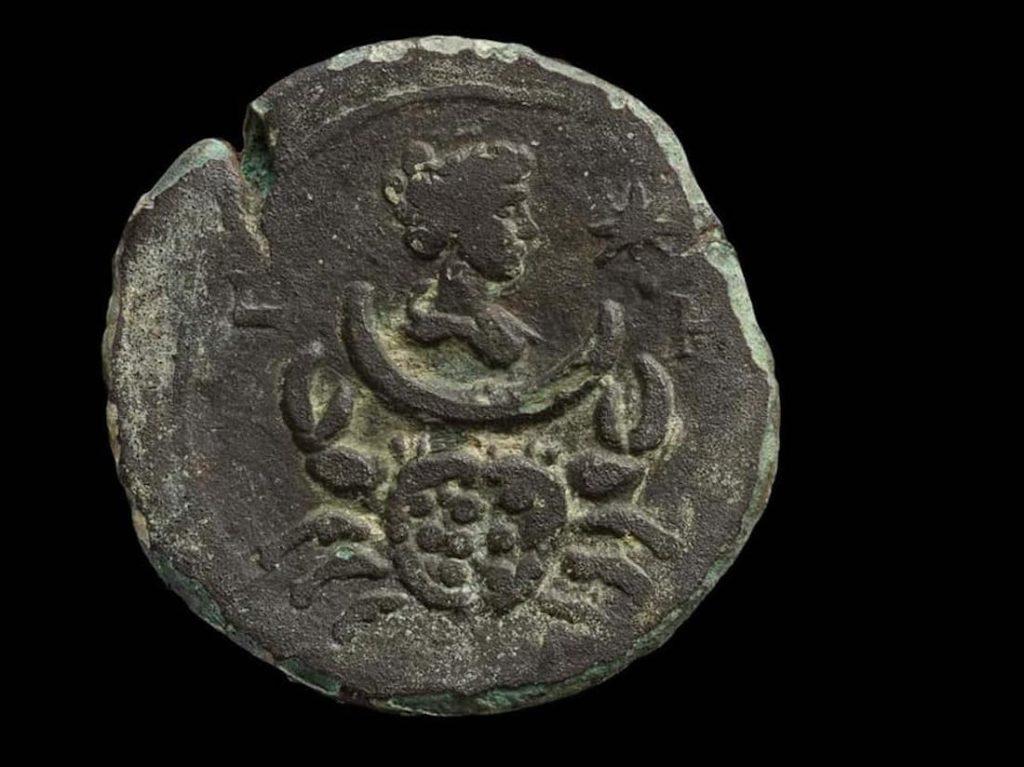 Israel’s Antiquities Authority has confirmed a nearly 1,850-year-old coin was discovered off the coast of Haifa. The coin bears a symbol of the zodiac sign Cancer, beneath a depiction of the Roman moon goddess Luna on one side. On the other, a relief of Roman Emperor Antoninus Pius, who ruled over the Roman Empire from 138-161 CE, on the other.

Experts say the coin was minted in Alexandria, Egypt. It was likely part of a larger series of coins that were produced in sets of 13, depicting each of the 12 zodiac signs and one of the entire zodiac wheel. While other coins have been discovered around the Mediterranean, this is the first time one of these coins has been found off the coast of modern day Israel.

Jacob Sharvit, director of the Israel Antiquities Authority Maritime Archaeology Unit, remarked that such findings “which were lost at sea and disappeared from sight for hundreds and thousands of years, have been remarkably well preserved.” Luckily for us, this preservation allows such items to be more thoroughly studied to give a greater sense of the history of the region.

“Rather than simply defining the country’s border, the sea is now recognized as an integral part of our cultural heritage,” IAA’s General Director, Eli Eskosido, said. “The maritime survey around Haifa is part of this process, and the rare coin recovered is a vivid reminder of its cultural importance.”

Or end up at Goodwill, either way.