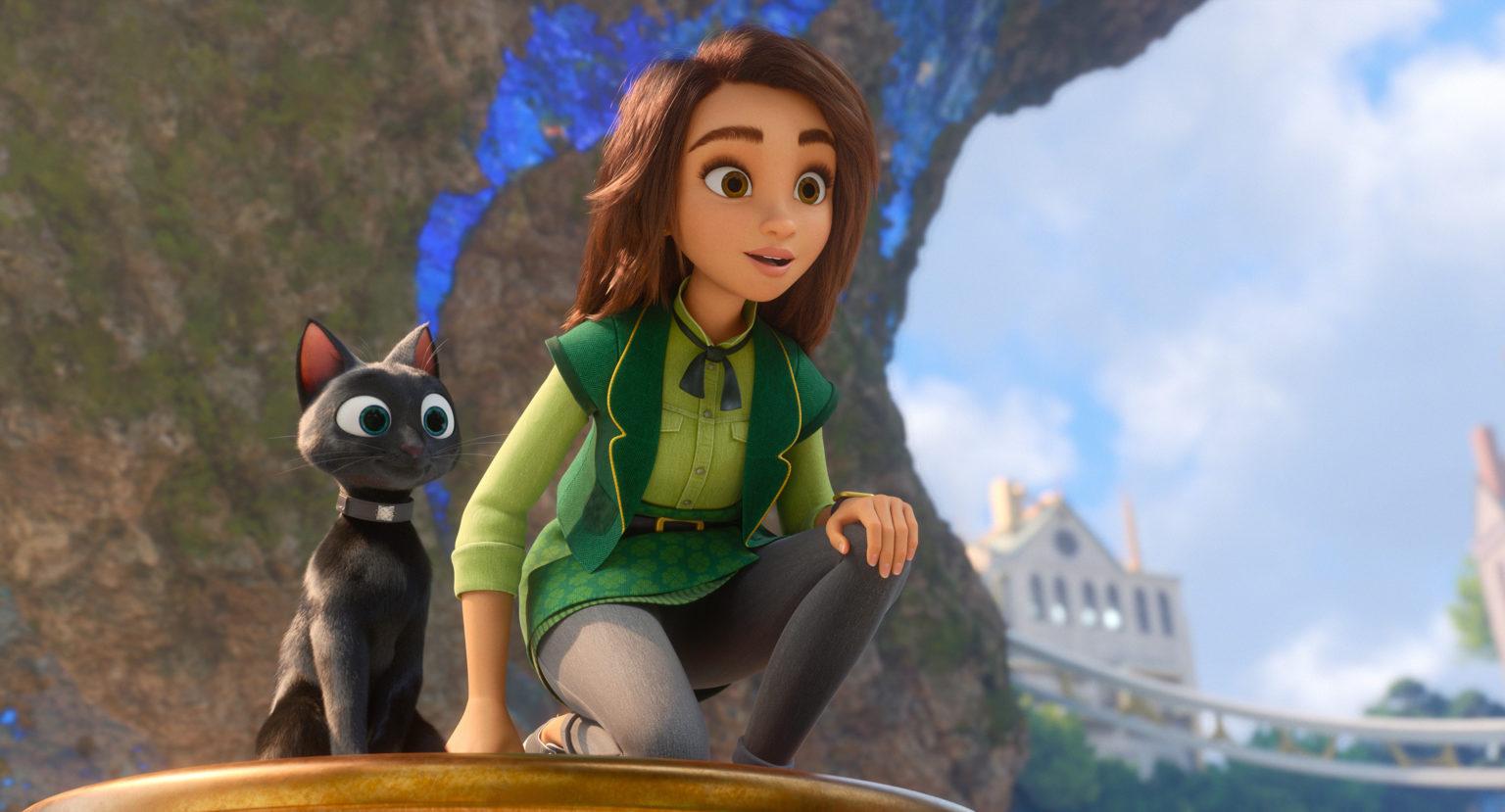 After watching Apple TV+’s “Luck,” we feel like we are the cursed ones. The new animated film centers around a just turned adult woman named Sam Greenfield (Eva Noblezada) who is “the unluckiest person in the world.” She meets a magical cat (voiced by Simon Pegg doing his best Craig Ferguson impression). What ensues is an excruciating 1 hour 37 minute “adventure” taking one through the land of Luck.

The film feels more like a series of Rube Goldberg machine-esque or overly choreographed sequences strung together. Sam’s bad luck seems to manifest in the form of physical clumsiness more often than not. It goes from gimmicky to mind-numbing very quickly. The novelty wears off even further when Sam enters the mystical world of Luck.

Because the majority of the forcing functions of the plot are based on literal luck being produced, there feel like there are no real stakes. Being at the mercy of randomness can work in plenty of stories, but here it feels tedious. Especially because you know given the audience this film is trying to be inclusive of (kids) that it’s unlikely to have an unhappy ending. So instead Sam isn’t forced to go on any sort of character development journey. She’s her same optimistic happy self through the whole thing. Which is quite frankly boring.

“Luck” also feels like it tries to shoehorn in a bevy of formulaic crowd pleasers or attempted viral moments. There are random musical interludes that had us guessing that it’s possible the film started more as a musical but had its budget cut. Random adorable bunnies make up an army of Minion knock offs. We’ll admit they’re cute but the blatant rip off nature of them feels transparent.

Overall there feels like there’s little that older audiences will get from this film, and we worry even younger ones will get bored by it.