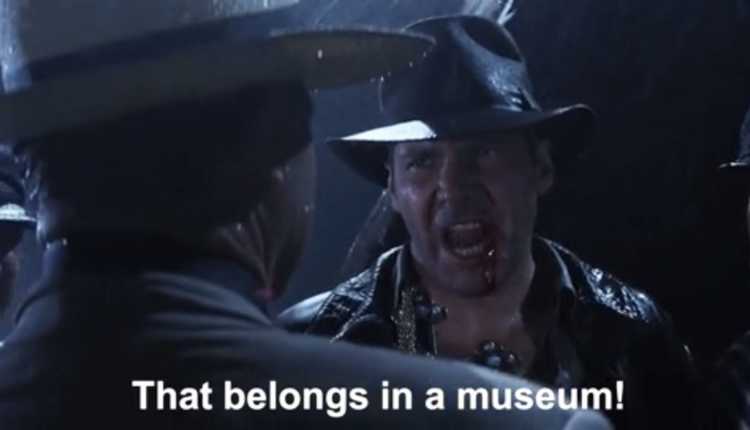 Talk about a sale that turned out to be a bust! People will frequently discuss among friends or in online posts the surprising steals they come across when shopping at Goodwill stores. Heck, last year a Pasta Maker 2000 was found at a thrift store. But that purchase turned out to be a figurative bust, in the sense that it was not worth the money that was paid for it. The same can not be said about a 2018 acquisition from a Texas Goodwill which was a literal bust statue that turned out to be over 2,000 years old.

Even if your skills in geography are limited, you would know that there’s a fairly large distance between Texas and Italy. So how does an antique bust make that journey, and how was the bust discovered to be a piece of ancient art? A large amount of credit goes to the purchaser of the bust, Laura Young. With a background in history and art, Young felt there had to be some kind of background to this piece to which some Google image searching confirmed it.

To make a long story short about how the piece crossed continents, the working theory revolves around World War II. The bust was last reported as part of a German museum. During the Allied attacks and liberation of Germany, it’s distinctly possible the bust was either looted or moved for protectionary purposes. It then was likely brought to America by someone moving from Germany to the states.

What happens to it now? For the remainder of the year, the piece will be featured in the San Antonio Museum of Art, the institution which also helped with the research of where the bust originated from. After that, it’ll go back to Germany and be displayed at the Pompejanum. This unique museum is a replica of what a Pompeii villa would have looked like, and contains within it a number of pieces of Roman artwork. This is where the bust was reported as being from, and where it should rightfully be returned to. Or in other words, THAT BELONGS IN A MUSUEM!

Also at the time of this writing, it is unclear if Laura Young got her $35 back.