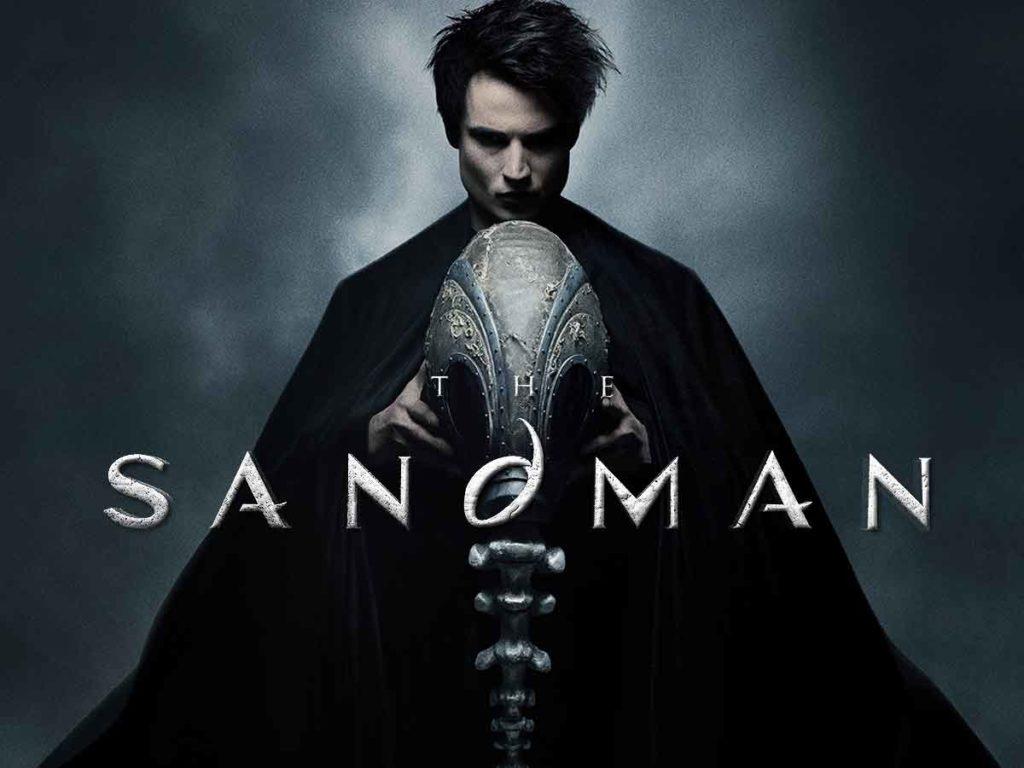 Bback in 2017, “American Gods” premiered on STARZ. While it started off strong, incessant showrunner, writer, and cast changes wound up running it off the rails. 5 years later, Netflix has dropped ten episodes of “The Sandman,” adapted from Neil Gaiman‘s 26-Eisner award-winning comic series of the same name. This time around the whole package comes in as a tight and effective series from beginning to end.

“Sandman” is another comic which while I have long been aware of it and it’s laurels. But, I’d never gotten around to reading it. This made for more of a pleasant surprise when a gender-swapped John Constantine puts in a few appearances (here as Joanna Constantine, played by “Doctor Who‘s” Jenna Coleman).

The cast is top notch, with The Sandman aka Dream aka Morpheus being played by Tom Sturridge (“Sweetbitter” – which I’ll note they abruptly cancelled after two seasons, which again continued STARZ habit of making crappy choices), threading a very narrow needle in his performance. Playing effectively a deity, the lord of dreams, he’s very much not a human character, and playing it as a reflection of a human but not really being one could have come off as a low-grade version of “Twilight’s” Edward. On the other end, they could have been too human-like and been seen as a knock off of one of Gaiman’s other celestial characters, “Good Omens” Azriaphale. Here he’s clearly a non-human, and he’s not trying to be, and it’s the subtle differences between him and the humans around him that sets the tone.

“Game of Thrones‘” Gwendoline Christie plays Lucifer to aplomb, going toe to toe with Dream. It takes a strong presence to carry off a fallen angels wings, or the bravado of the Morning Star, but she does it. The dialogue is solid without being pithy, even when you have several celestial beings having a family dispute, which again is easy to overplay and make seem like so much cheese, but the writers’ room kept it in check.

The series is made up by a first arc of five episodes, and a pair of very superb almost stand-alone episodes before moving into a three episode final arc (and setting up for a bigger and better second season). It’s still bewildering how Vertigo-DC Comics-based series can often be really good, while realizing equally good films from the same studio tends to be rare and far between. But once again, they have a tight and effective series that works just as well if you are familiar with the source material as for those who are coming to it new.

After having watched the series, I went searching for various of the elements of the season and find many if not most all of them present in the source. The light-handed approach, refraining from giving too much away in the narrative of the rest of Dream’s siblings. Death makes an appearance for one of the stand-alone episodes to marvelous effect, and helping us realize how powerful the characters are but also why they do what they do.

Ten episodes is almost a long season when it comes to streamers these days, but by the end of “The Sandman,” you are eagerly awaiting more, without feeling like you have gotten this far in but only left with a setup or a cliffhanger rather than any sort of a denouement.

“The Sandman” is streaming now on Netflix.