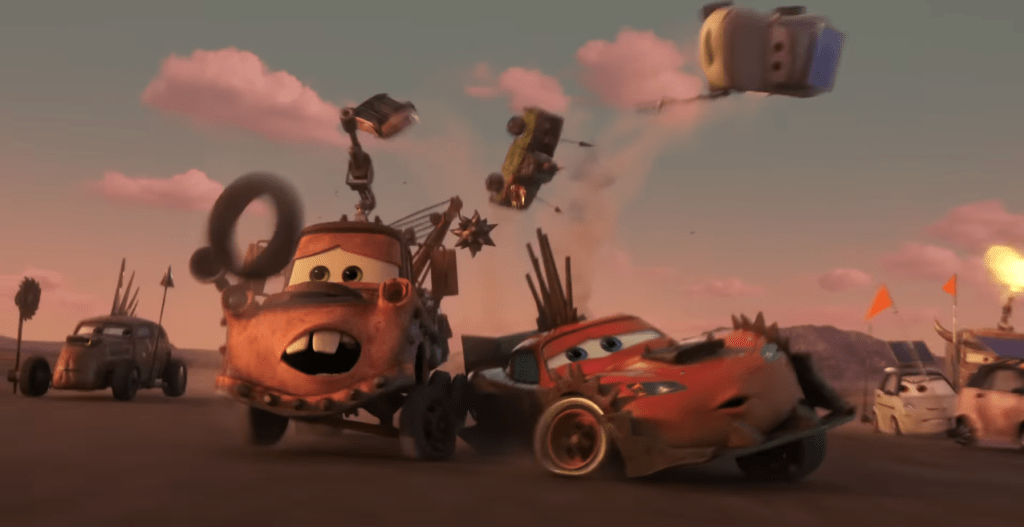 Of all Pixar films, few have been as divisive as the “Cars” franchise. Despite being a box-office and merchandising juggernaut, it’s also responsible for “Cars 2.” Some consider it the weakest film in the entire Pixar catalog. That said, the series did bounce back pretty strongly with “Cars 3,” ending on a high note.

But when the power of merchandising is still strong, there is no end and now the cars are coming back! It’s not a movie this time around though, instead Lightning McQueen and Mater are going on a road trip in a new series on Disney+.

Who doesn’t love a good road trip adventure? In this upcoming nine-part series, that’s what Lightning and Mater will be up to in order to attend the wedding of Mater’s sister. It looks like the two are going to get up to a number of shenanigans along the way, especially if the trailer is any indication.

The two vehicular buddies are going well beyond the racetrack this time and diving into adventures that run the range from supernatural to post-apocalyptic. This is a big move for Pixar in creating a full on series based on one of their films. In the past the studio has produced shorts for a variety of their movies; “Toy Story” especially. They also developed “Dug Days,” that premiered in September of last year. It was a number of shorts, similar to what we’ll be seeing with the upcoming Marvel Studios release, “I Am Groot.”

“Cars on the Road” looks to be a full-on animated series with an actual storyline, and presumably longer episodes.

Perhaps one of the most exciting things we get to see in the trailer is the obvious “Mad Max” Wasteland Weekend pastiche with spikes, flames, and being set in the middle of the desert. It’s not even subtle about it either- which makes it all the more amazing.

We also get ghost cars, Stonehenge, and a dinosaur car? A T-Rex? A Model T-Rex? There you go, that’s the material you came for- early 1900s Ford Motor Company puns.

If you’re eager to see what shenanigans Lightning and Mater are going to be up to you won’t have to wait too long. Here’s hoping that the adventurous quest will provide enough fodder to keep the series fun and entertaining throughout and we get more “Cars,” “Cars 3,” and less “Cars 2.” Either way, the road trip starts soon, so buckle up!

The series will be premiering on Disney+ on September 8th, 2022.