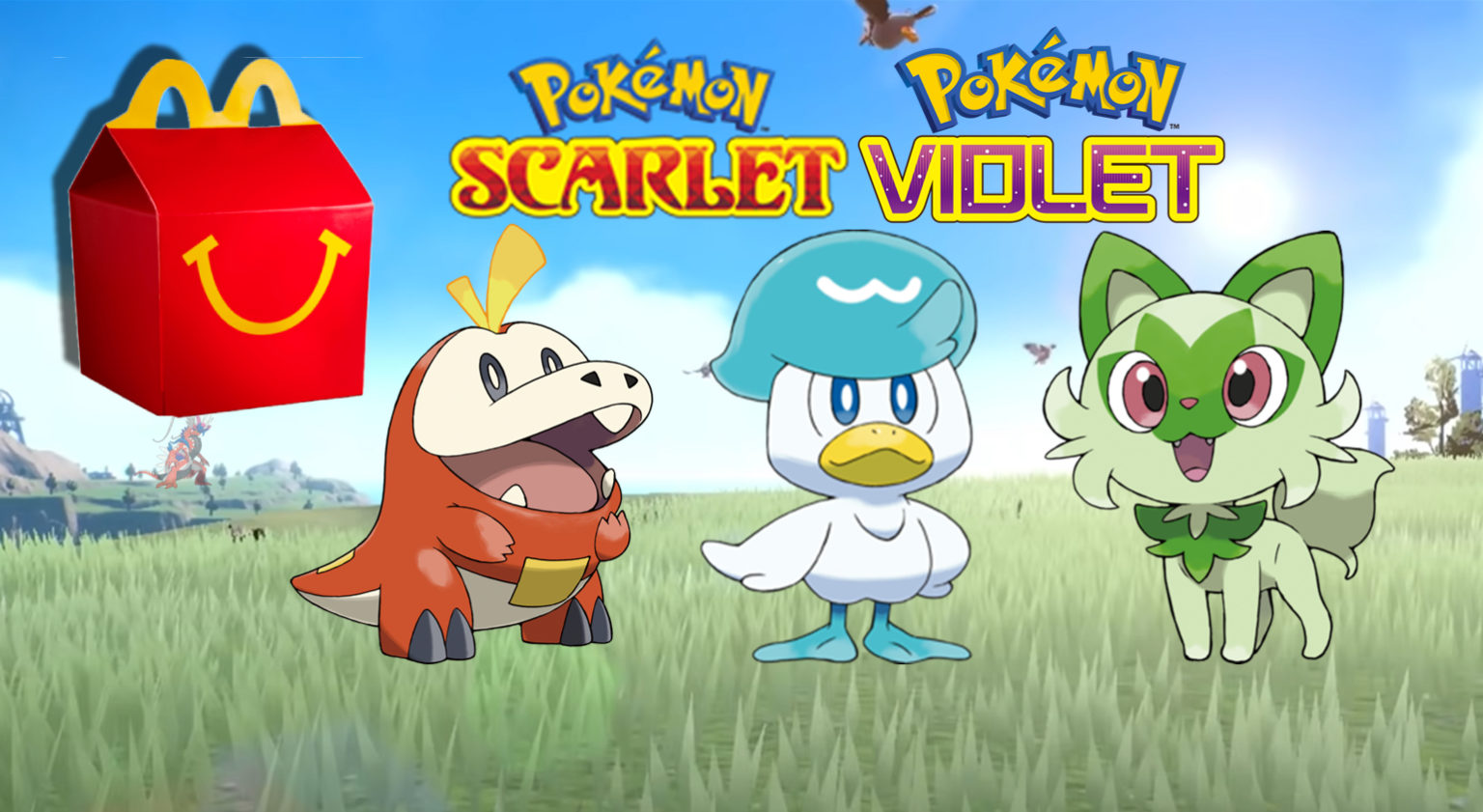 With two new Pokémon titles due to release later this year, some reports indicate new themed toys for Happy Meals could be coming back to McDonald’s, too. There has not been any official confirmation of this yet, but it’s possible.

Here’s why we think so-

Pokémon Violet and Pokémon Scarlet are set to come out in November of this year for the Nintendo Switch Seeing as this might have something to do with the new games, fans are hoping the new toys are of the new starter Pokémon. Quaxly, Fuecoco and Sprigatito are some of the most adorable starters in a while. Especially that new duck.

It would certainly make sense to have a new round of toys around the time new games come out. The current McDonald’s promotion is scheduled to run until August. So possible new Pokémon cards or toys (of new characters in the upcoming games) is not out of the question. Blog All Fast Food Toys doesn’t have any information on what’s coming in the later months of 2022, that could be a good sign.

The last time Pokémon was sold in Happy Meals was in 2021 and special rules had to be put into place to make it fair for consumers. Many people were trying to get multiple packs of cards so they could flip them on eBay. Some boxes even “fell off the truck” and made it on to the popular selling platform. McDonald’s everywhere put up signs limiting sales of the meals and only allowing one per transaction in some places.

Other big box stores that sold the cards were also changing the way they sold the cards. Target only sold them on Friday mornings and you had to get in line to get a chance to get them. Other stores like Best Buy moved the trading cards to the front of the store to minimize theft of the popular item.

NintendoLife claims the toys will be turning to UK McDonald’s during late summer/early fall. It’s possible they will be coming back to the American market as well. We’ll let you know what we hear about this and other news.

Check out the most recent trailer for Pokémon Scarlet and Violet below: