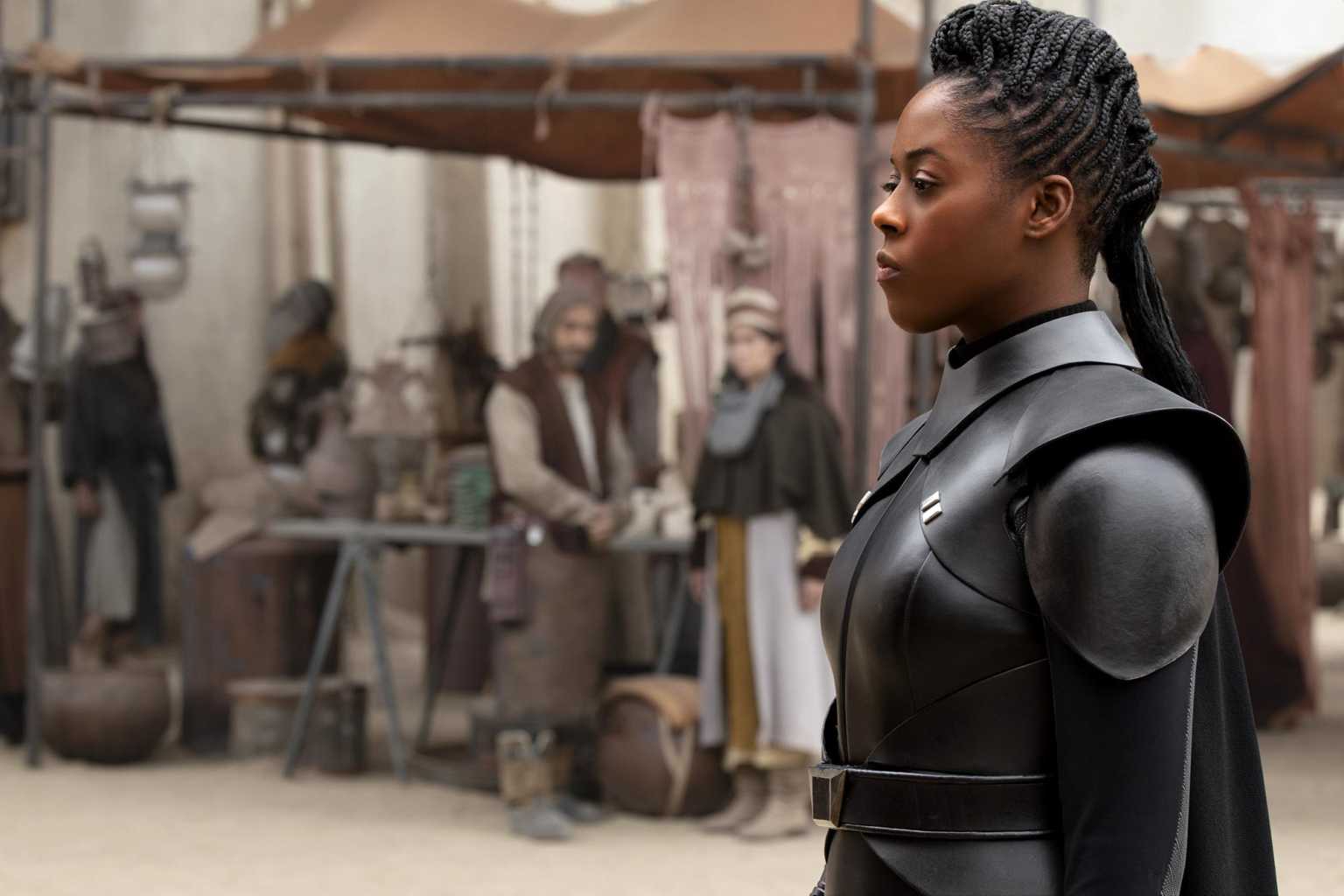 Following Star Wars Celebration this past weekend, the galaxy far, far away has taken a stand to support a new cast member. Moses Ingram recently joined the “Star Wars” franchise as Reva Sevander in “Obi-Wan Kenobi” on Disney+. While Ingram has received lots of praise, she also got a number of racist comments and messages she shared to her Instagram stories.

Some of the examples she provided said things like “You’re days are numbered [sic]” and “You suck loser. You’re a diversity hire and you won’t be loved or remembered for this acting role.”  She even put out a video thanking fans who come to her defense where she admits, though no one has explicitly said it, there is this feeling that she “just gotta shut up and take it” but she is “not built like that.” She closes by calling those attacking her “weird.”

This morning, official “Star Wars” social media accounts came to her defense by taking a pretty big stance to support her.

“There are more than 20 million sentient species in the Star Wars galaxy, don’t choose to be a racist.

We are proud to welcome Moses Ingram to the Star Wars family and excited for Reva’s story to unfold. If anyone intends to make her feel in any way unwelcome, we have only one thing to say: we resist.”

Both “Star Wars: The Last Jedi” stars John Boyega and Kelly Marie Tran faced ongoing harassment. Tran eventually left social media due to it. Boyega was on the frontlines as a vocal supporter for the Black Live Matter movement.

“Star Wars” is for everyone. There should be no racial barriers on fans let alone performers who want to contribute their talents to the universe. Let’s hope this post signals a stronger stance against the racism and bullying. It is far too commonplace in this, or any, fandom.

Also, how adorable is Ingram unboxing her own figure?

“Obi-Wan Kenobi” is now streaming only on Disney+ with new episodes releasing on Wednesdays.