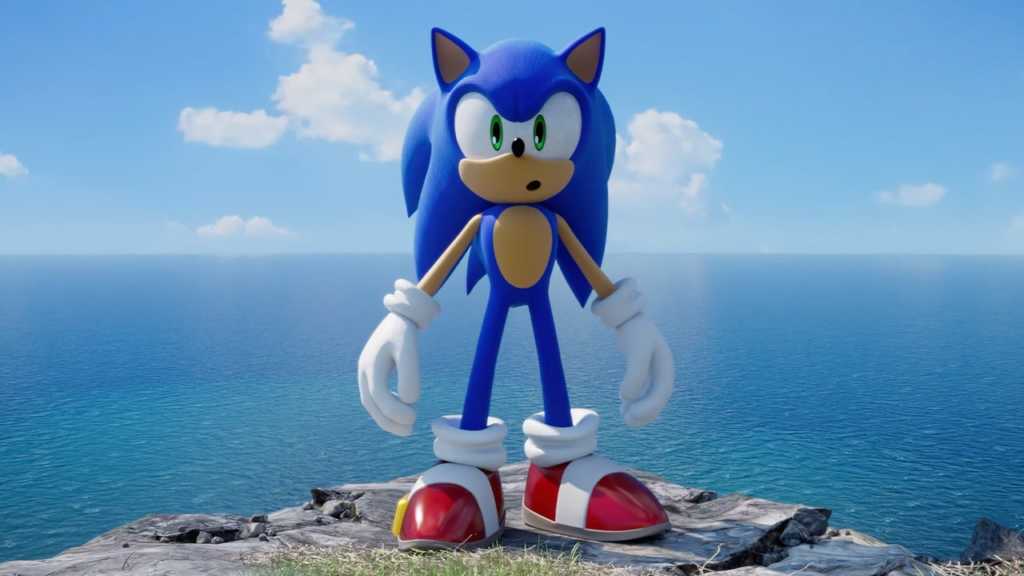 We got a first glimpse of actual footage from “Sonic Frontiers” today from the official Sonic The Hedgehog social media accounts. While the title was first announced last year as part of Sonic’s 30th Anniversary celebration, we have only seen a teaser. But now we have a more complete look at the game in action, as well as a new logo!

SEGA has also announced that they are working with IGN to have a larger preview of the game on June 1st. IGN already has some tidbits available on their site, including screenshots, and other details about the game.

Breath of the Hedgehog?

It is hard not to see what games are influencing “Sonic Frontiers.” With its open world dotted with isolated structures, it immediately calls back to “Zelda: Breath of the Wild.” Especially with the teaser that features ancient writing written on stone. While that is an easy comparison, the trailer indicates that they are also trying to use what makes “Zelda” popular and make it their own

Obviously the major distinction is in the pacing of both franchises. “Breath of the Wild” was designed to be leisurely paced, where you slowly move from one area to another. Even with mechanics like fast travel, its meant to be slowly taken in to find every nook and cranny. “Sonic Frontiers” looks much more kinetic, where Sonic is barreling through environments and enemies. He also looks to be reactivating waypoints and machinery using his speed.

If It Ain’t Broke, Why Fix It?

While some might dismiss it as a rip off, it also shows that Sonic’s developers are paying attention to what works. Previous 3D Sonic games have tried to do their own thing and blaze a trail that didn’t always work. They either tried to take the previous 2D gameplay of the original games and clumsily adapt it to 3D. The result, coupled with glitchy graphics, could often turn into a headache. Other games would turn Sonic into more of a platformer, but would also come off as tired.

“Sonic Frontiers“ shows how SEGA is, ironically, slowing down and thinking hard to update the characters into an open world. Rather than isolated stages, we get a big playground for the hedgehog to roam around. He doesn’t seem to be bound by timers or annoying obstacles but instead letting player do what they feel like. Already I can see this being much more accessible for people of all ages who may only want to just let Sonic run like a madman over mountains and hills.

Obviously, this is all really early and the actual game could be something very different. We will find out in just a few days about what “Sonic Frontiers” will actually be. But, I am hoping that SEGA sees how popular the character still is after 30 years and is being attentive to what fans want. Hopefully we will get the game that we imagined playing back when playing Sonic on the Genesis.

Expect an official release date for the title to be announced soon.