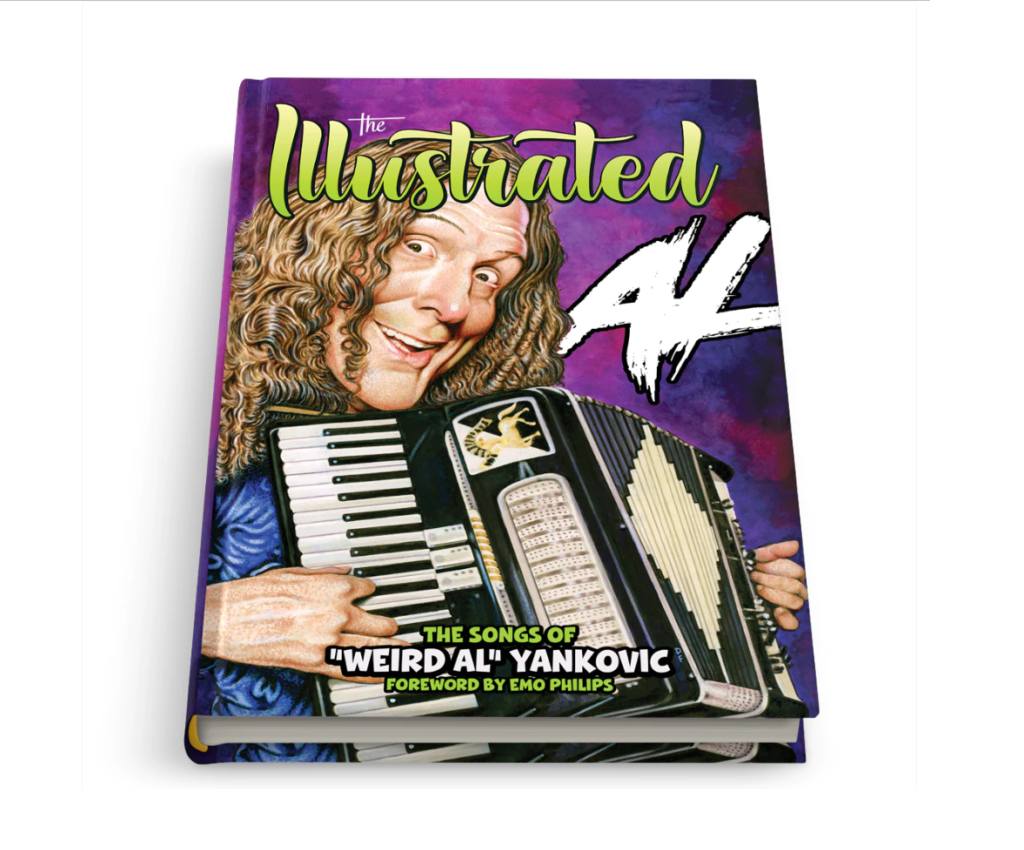 He’s been bringing us music for 40 years alongside a cult classic film, and short-lived Saturday morning tv show. But now, America’s greatest son “Weird”Al” Yankovic will be appearing in his very own graphic novel. It may have taken 4/10ths of a century but the pop culture legend and musical parody master will soon be appearing on the illustrated page. Thanks to a team-up between “Weird Al” and Z2 Comics, a number of Yankovic’s songs will be brought to life in a brand new way.

“Illustrated Al: The Songs of “Weird Al” Yankovic” is a collection of several artists’ interpretations of 20 of Al’s songs. Z2 is no stranger to creating these kinds of works. Other musician-inspired graphic novels from artists and bands include Pantera, Tori Amos, John Lee Hooker, Judas Priest, and Ludwig Van Beethoven. Conceptually, they all share the common ground of bringing songs to life by conceptualizing them as stories, or tales inspired by said songs.

“Weird Al” Yankovic probably needs no introduction; the man has been wonderfully popular across forty years across the world to all ages. His exhaustive touring and surprisingly timeless parodies have made him a beloved musical institution. His last album 2014’s “Mandatory Fun” was his first to hit number one on the Billboard charts, while also managing a top 40 hit with “Word Crimes.” This makes Yankovic one of the few artists to achieve that kind of success so far into his career. Combine that with his already cartoonish level of humor, and the graphic novel medium seems like a perfect fit for him.

Don’t forget, Daniel Radcliffe is portraying the parodist in an official biopic film.

Speaking of movies, it’s also worth noting for “Weird Al” Enthusiasts is that the book has a foreword written by Emo Phillips. The friendship between those two goes way back to the point where Emo appears in “Weird Al’s” film, “UHF” where he plays shop teacher, Joe. He teaches us how to use a table saw with…mixed results. Though it would be fun to see that adapted into this graphic novel.

There are three editions of this release you can select from. There is a standard edition hardcover. There is also a deluxe edition (oversized hardcover variant with a separate slipcase) that comes with a 3-piece art print set, a vinyl slipmat, and a package of “Weird Al” collector’s cards. And then if you REALLY want to go all out, you can get the super deluxe edition which contains all the aforementioned stuff in addition to a drink coaster, and an officially branded “Weird Al” mini-accordion. Oh, also the book is hand-signed by Al himself.

You can order them on z2’s website here. They’re expected to start shipping in November.