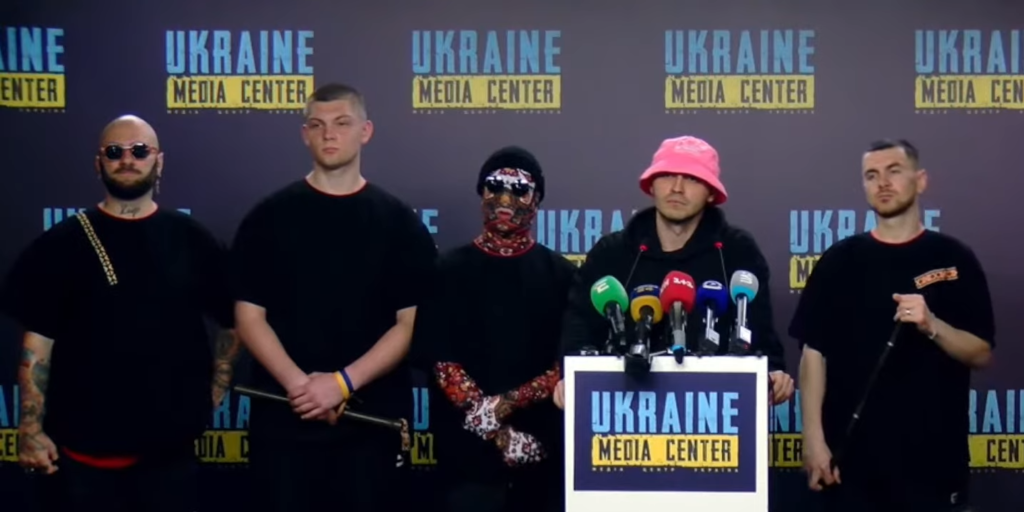 Ukrainian band Kalush Orchestra won the 2022 Eurovision Song Contest! This marks Ukraine’s 3rd win since they started competing in 2003. Their first two wins were in 2004 and 2016.

Fans voted for the winner via text message and on the Eurovision app. This is the 66th Eurovision Song Contest, and the 439 votes they received is the most that have ever come in. This huge swell of support caused the band’s song “Stefania” to win against 24 other acts.

Kalush Orchestra’s frontman Oleh Psiuk wrote the song as a tribute to his mother. But ever since Russia’s unlawful and unprovoked continual invasion of Ukraine, it has become an anthem for Ukrainians. Lyrics like “I’ll always find my way home, even if all roads are destroyed” take on a whole new meaning when applied to the war.

“I am sure our victorious chord in the battle with the enemy is not far off,” Ukrainian President Volodymyr Zelenskyy said.

“Our courage impresses the world, our music conquers Europe! Next year, Ukraine will host Eurovision. For the third time in its history. And as I believe: Not the last. We will do our utmost to one day host the participants and visitors of Eurovision in Ukrainian Mariupol. Free, peaceful and rebuilt! Thank you for winning, Kalush Orchestra, and everyone who voted for us! I am sure that our victorious chord in the battle with the enemy is approaching. Slava Ukraini!”

“When the war started it began to acquire new meanings as lots of people perceived the mother in the song to be Ukraine, or became emotional thinking about their mothers,” Psiuk said. “That is why I hope this song will be loved by Europeans now as well.”

To further their message of hope, when the band finished playing “Stefania,” Psiuk shouted, “help Azovstal, right now,” in reference to the Ukrainian fighters currently trapped beneath the Azovstal steel plant in Mariupol.

The thing is the European Broadcasting Union (EBU), who puts on the event, have rules forbidding politics. Some felt this plea was a violation of those rules. The EBU responded with the statement “We understand the deep feelings around Ukraine at this moment and believe the comments of the Kalush Orchestra and other artists expressing support for the Ukrainian people to be humanitarian rather than political in nature.”

Clearly Kalush Orchestra and Psiuk are not in any sort of trouble for the remark. In fact the Azov battalion thanked them via social media saying “Thank you to Kalush Orchestra for your support! Glory to Ukraine!”