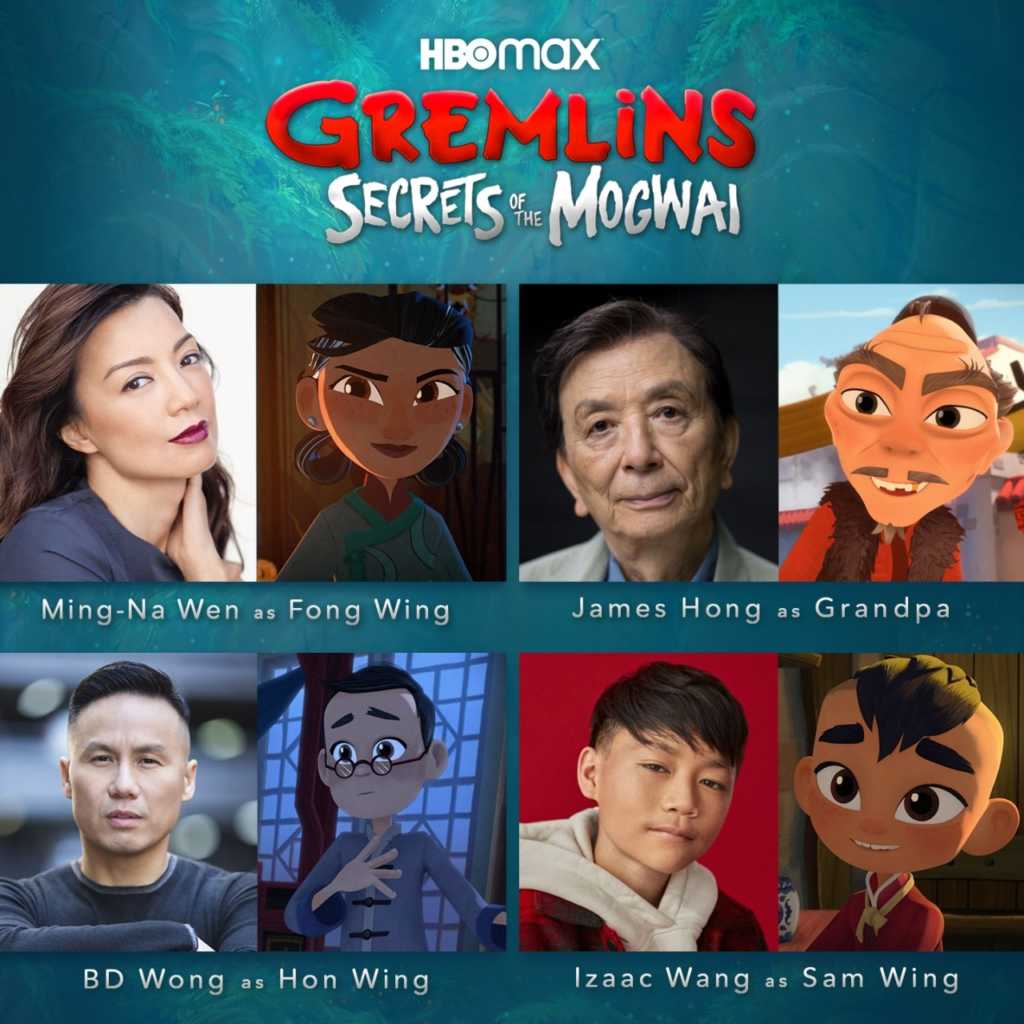 Meet the Voice Cast of “Gremlins: Secrets of the Mogwai”

We’re pretty sure it’s okay to feed these folks after midnight: meet the human voice cast of the upcoming “Gremlins: Secrets of the Mogwai.” Series writer and executive producer Tze Chun announced that actors Ming-Na Wen and BD Wong will voice Fong and Hon Wing respectively. They are the parents of Sam Wing (who will be voiced by Izaac Wang) – Sam is the same shop owner we eventually meet in the 1984 film.

The show will also feature absolute legend James Hong voicing Grandpa. At 93 and with over 650 film credits, Hong finally received his star on the Hollywood Walk of Fame recently.

They all join “The Americans” actor Matthew Rhys in the voice cast.

The series is an animated prequel to the original “Gremlins.” It’ll be set in 1920s Shanghai and center around when Sam met Gizmo. Speaking of the original, Joe Dante (director of the first two films) served as a consultant for the series.

Amblin describes “Gremlins: Secrets of the Mogwai” as “In this animated television prequel to the original Gremlins, we travel back to 1920s Shanghai to reveal the story of how 10-year-old Sam WIng (future shop owner Mr. Wing in the 1984 movie) met the young mogwai called Gizmo. Along with a teenage street thief named Elle, Sam and Gizmo take a perilous journey through the Chinese countryside, encountering, and sometimes battling, colorful monsters and spirits from Chinese folklore. On their quest to return Gizmo to his family and uncover a legendary treasure, they are pursued by a power-hungry industrialist and his growing army of evil gremlins.”

It has already been renewed for a second season even though it hasn’t premiered yet… The series is set to premiere at the Annecy International Animation Festival in June 2022, and will be streaming on HBO Max and airing on Cartoon Network hopefully later this year.