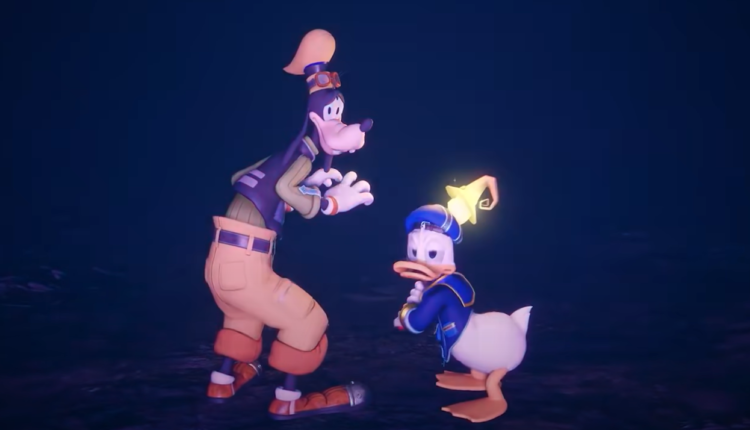 It’s time to join Sora once again in another confusing, convoluted, anime-style fantasy story that also happens to have Disney characters running around everywhere. That’s right, the beloved “Kingdom Hearts” series is getting ainstallment. It was announced on Sunday at the 20th Anniversary Event in Japan. An iOS/Android game game called “Kingdom Hearts Missing-Link” is also coming, that will feature 3D animation and have closed beta testing sometime this year.

Of course, an announcement isn’t enough for rabid fans of the franchise. So, Square Enix dropped a teaser trailer at the event so you know it’s real! The trailer features Sora, a new threat of a giant Heartless in the sky, and fan favorite companions Donald Duck and Goofy. It features some quick gameplay, a glimpse of the new world Quadratum, and an improved design that makes all the characters look way more realistic.

Man (Allegedly) Uses Wig, Rectum to Smuggle $40k Worth of…

Square Enix was quick to point out that “Kingdom Hearts 4” is still in early development, and set expectations for a long, tough wait before it actually releases. There was no announcement regarding release date or platform release, but it was also announced that the final chapter of “Kingdom Hearts Dark Road” will be released in August 2022 as a free update to the Kingdom Hearts Union χ Dark Road app. Meaning, even if we aren’t getting the new announced game any time soon, there’s plenty of keyblading to be done while we wait.

“Kingdom Hearts III” was released in 2019 as a cross platform release that sold 5 million copies in its first week, making it the best selling game in the franchise’s history. It was well received critically across the board, with an average scoring of 8/10 or 4/5 on most gaming sites. Needless to say, there’s a lot of anticipation and excitement for a new game, and the announcement of “Kingdom Hearts 4” is sure to do gangbusters whenever it finally releases. Personally, it was the only game I played in the series and I enjoyed the hell out of it, so I’ll definitely be picking up the next installment when it drops!

You can watch the teaser trailer for all of the upcoming releases from the franchise including “Kingdom Hearts 4” below.

Twitter has Agreed to Elon Musk Acquisition Offer of $44 Billion

Heath Andrews Apr 25, 2022
Well, it's official, and it happened faster than many of us thought; Elon Musk has reached an agreement with…
Movies & TV

Alex Kurtzman Reflects on his Biggest Failure- “The Mummy”…

Prev Next 1 of 2,617
Get the Latest News
Latest Videos
More Stories