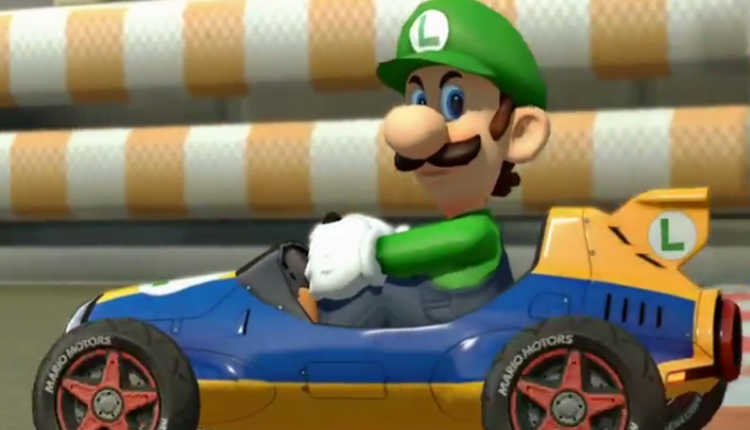 We Rank ALL of the Super Mario Kart Games

In April 2022, “Mario Kart 8 Deluxe” will be celebrating its 5th anniversary. Despite originally releasing back on the Wii U in 2014, the game has seen new life recently thanks to Nintendo introducing more courses to the Switch version via DLC. What does that mean for hope of a brand new Kart experience in the future? Who knows, but for the time being, we can look back at the series as a whole and rank the titles in terms of their overall quality.

Before we go into the ranking though, there’s a couple stipulations to put in place. The first being, we’re not counting the mobile game, “Mario Kart Tour.” The excessive ‘gacha’ mechanics of the title along with the very different functionality of it separates it too much from the rest of the field of games. We’re also not counting Mario Kart Live: Home Circuit since it’s as much a physical toy as it is a game. Your experience with it will vary tremendously based on how much space you have in your home to set-up a course. It’s still a strong enough product to recommend though if you want to purchase it for your home (and, it’s on sale!).

There were also multiple Mario Kart arcade releases which, due to the nature of being an arcade game, are hard to judge without having extensive time and money to play them; so they won’t be counted. And finally, we’ll be counting “Mario Kart 8” and “Mario Kart 8: Deluxe” as the same title, since barely anyone played the Wii U anyway.

1 DISCLOSURE: This post may contain affiliate links. Meaning when you click the link and make a purchase, we receive a commission, which helps Nerdbot keep the lights on.

Just becomes something is first doesn’t mean it’s the best. “Super Mario Kart” basically invented the kart driving genre, taking the action of racing and adding simple pick up and play controls alongside items. It’s the latter of these that really changed things up as it gave you the abilities to either give you an advantage or sabotage your competitors with a well placed banana peel or a properly aimed koopa shell. Going back and playing the game now is hard because of just how much the series advanced. The Super Nintendo’s “Mode 7” graphics capability was able to do a lot to generate courses, but it couldn’t handle things like hills, inclines, or slopes; so all the racing is on flat surfaces, taking away from the possible variety. Additionally, success on the courses was very much tied to your ability to drift, something that could take a lot of practice to master. None of this is to say that “Super Mario Kart” is a bad game; it’s a stone-cold classic. However, every other game in the franchise would offer something more to up the ante.

With the Game Boy Advance being able to simulate a lot of the same effects that the Super Nintendo was capable of, it’s not surprising that the Mario Kart series would make its way onto the handheld console, especially given the potential for multiplayer. “Mario Kart: Super Circuit” is subject to many of the same limitations as its Super Nintendo predecessor in terms of course design but adds the potential for four-person multiplayer and a grading system to give players something to shoot for besides first place. Additionally, depending on performance and coins collected in the races, you can unlock all the courses from the original “Super Mario Kart.” Once again though, your ability to master the courses will depend on how well you know the fairly unforgiving drift mechanics; good luck.

Initial reviews for “Mario Kart 7″ were somewhat mixed to positive. Some praised the game for continuing the high quality of the series while others tore into it for being more of the same. In truth, almost every Mario Kart game is more of the same, just with some slightly different features. At the very least, 7 gives you the ability to customize elements of your kart, allowing for a greater sense of control or speed. No, the problem with “Mario Kart 7″ is more about certain characters not being available, the lack of specific course selection in single player, and the frankly absurd level of difficulty. There’s a huge jump in how hard the game is from the 100cc mode to the 150cc mode. That being said, the game still looks and plays beautifully and the kart customization is a very welcome addition to the franchise.

For many people, this might be their definitive Mario Kart experience. Nostalgia runs deep with this one given the timing of its release in the mid ’90s and how the N64’s four controller ports made the four person multiplayer a perfect fit. The course variety of 16 tracks over four different cup series was substantive enough to maintain interest and the battle mode courses gave gamers a completely different experience from the 3-lap race (shortened down from 5 in the original game). The title also introduced us to the infamous blue shell and a drift boost mechanic that was far easier to manage here than in the game prior. One of the only real drawbacks is that the game has a horrible rubber band AI mechanic, meaning that if you’re in the lead, the computer controlled karts will go faster than you to catch-up. On one hand, it keeps the racing action tight, on the other, it makes luck factor into the outcome of a race far more than it should. At the very least it has an incredible soundtrack to listen to while the AI karts try to mess up your day.

Being one of the best selling games on one of the best selling consoles of all time is going to cement “Mario Kart Wii” into people’s minds; good think it’s a wonderfully fun game. More character, more tracks, more ways to play; the title really gave players a great amount of variety to work with and things to unlock. For the first time, bikes were introduced to race on alongside karts, and they handled quite differently too, which added to the choices given to player. Since it was on the Wii as well, motion controls could be used if a person wanted to forgo an analog stick or D-pad for turning the wiimote. The combination of having 16 new courses to play on as well as 16 retro ones is easily one of the big selling points, appealing to both newcomers and long-time fans. The rubber band AI is strong here too though, and you can easily get screwed over by a multitude of items hitting you; sometimes fate is not on your side.

This is a jampacked little cartridge, making it one of the more complete Mario Kart experiences, even when compared to its console counterparts. Alongside the normal racing, a mission mode has been added to single player, allowing you to take on different tasks and engage in unique boss fights. To this day, this mode has not been introduced in any other title in the series. Even though the game is not nearly as good looking as most of the other titles on the list, it plays smoothly with a great roster of characters and selectable carts for them. The DS’s wireless abilities also allowed for incredibly easy multiplayer connection, though sadly thats been discontinued for some time. In fairness though, winning online could be a monstrous challenge due to an exploit known as “snaking.” Which, aside from helping you get near constant mini-turbo boosts in straightaways, could also wreck the L and R buttons on your DS. How much is that first place worth to you?

You could easily make the argument that Double Dash is the only Mario Kart game to actually change up the formula since the first title. As the title partially implies, racers are doubled up on the same karts, racing in pairs instead of individuals. In single player, this doesn’t make for a hell of a lot of a difference but it very much changes the game in multi-player. Now one person can drive while the other one manages weapons while also being able to shift the kart to the left and right to attack other players or move the kart out of danger. Players are also able to switch from driving to riding at anytime during the race, allowing for some inspired teamwork. This is also the first game that would introduce the ability to hold two items at a time, which added another element of offensive and defensive strategy to the racing. Throw in the multitude of characters, amazing courses, large number of cars to drive, and this could easily be the best game in the franchise just as much as the final entry.

This is pretty much everything you could want in a Mario Kart game. The graphics are great, the karts handle like a dream, there’s a ferocious number of characters, courses, and vehicles to pick from, and as of the time of this writing, even more courses are on the way. Something else worth noting is just how incredible the music for this title is. For the first time a full orchestra was brought in to record the soundtrack, and the results are staggering. This has one of the best soundtracks in gaming and it only adds to how incredible of an experience the game itself is. There were some drawbacks to the original release, such as the inability to carry two items at a time and the completely awful battle mode; seriously, it was horrible. Those two qualms were rectified with the release of Deluxe however. This is the first title to also introduce a 200cc speed mode, which is so fast that even the computer has a hard time handling it; something which is quite humorous when you see them driving off the sides of the course. It’s hard to tell where and how the Mario Kart series can go from these heights; let’s just hope it’s not deeper and deeper into mobile territory.

Travel To A Whole New World Across These Adventure-Filled Reels