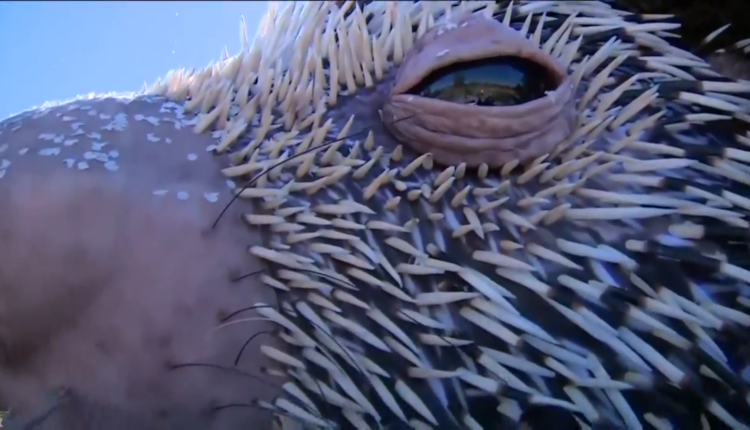 We’re big fans of Jim Henson and The Jim Henson Company here, so when we saw this massive puppet made by The Creature Shop, we just had to tell you about it. The world’s largest puppet as they are calling it (though we have some thoughts on that) is called Percy the porcupine. I say we have thoughts because in other countries they have things like the life-sized Gundam. But of course- he’s a robot, not a puppet.

This particular puppet is definitely big by all definitions- being 20 feet tall (two stories!!) and weighing over one ton.

The puppet was made for the San Diego Children’s Zoo but was unveiled March 1st at Griffith Park in Los Angeles.

The total circumference of the puppet is almost 40 feet. It has 2,000 quills that took over 10 gallons of paint to make the stripes. If you’re wondering how much paint that is, that’s about enough to paint a small house.

They will be moving the puppet to the San Diego Zoo for the grand opening of its new children’s zoo — Wildlife Explorers Basecamp.

Here’s another large puppet that was unveiled in Japan, built for the annual Sekikawa Giant Snake Festival in Niigata. This puppet weighed over TWO tons. So it wins, but also, it’s technically in another country. We’ll just say for all intents and purposes that Percy the porcupine is the largest in California, just to be safe.

4 Quick Predictions For Altcoin For 2022