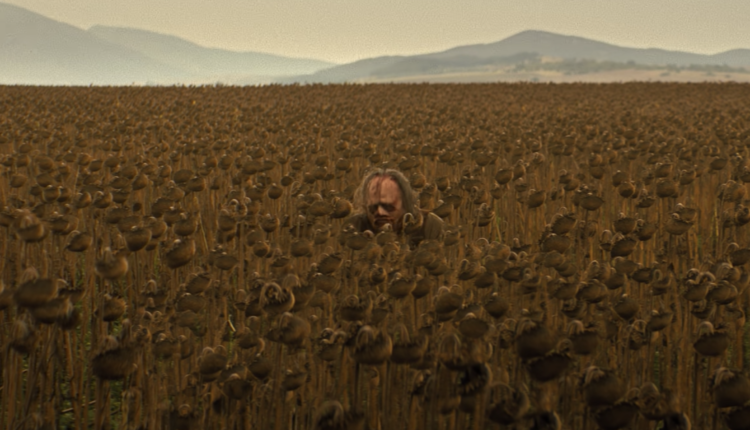 “Texas Chainsaw Massacre” is Bad, Even by Low Standards [Review]

Once again we find ourselves confronted with another lame attempt to reinvent a popular IP, missing the mark of just about everything that made it valuable in the first place. Netflix’s “Texas Chainsaw Massacre” fails on just about every level of filmmaking sans a few grotesque kills. And even by the lowbrow standard of B-movie horror (which this IP is firmly planted in), it falls abysmally short.

For all its marketing and talk points from the producers and directors about it being THE homage to the original, “Texas Chainsaw Massacre” is a vapid and dull affair, light on scares, and never makes any kind of case as to why it was made in the first place. I know we like to go after Hollywood for their lack of originality (rightfully so), but I can’t remember the last time I’ve seen such a blatant carbon copy of something in such close proximity to itself. “Texas Chainsaw Massacre” is basically a re-skin of “Halloween Kills,” right down to the feeble attempt to connect it to the original and banking on future franchise potential.

The knee jerk reaction is give this film a pass based solely on having low expectations to begin with. It’s movie about a guy who wears the faces of his victims, and kills people with a chainsaw, what more could you possibly want?

“Texas Chainsaw Massacre” answers that question emphatically, because as it turns out, the answer is a LOT. Films don’t get a pass simply because the genre tends to lean more towards intentionally cheesy or bad filmmaking. Like everything else, there’s good horror and there’s bad horror and everything in-between. We don’t all have to agree on what goes where as film is subjective, but this flick doesn’t get to throw their hands up and say “what did you expect” when they’ve been telling us for months to expect a lot.

And even by the lowest of expectations, “Texas Chainsaw Massacre” barely hangs on to being on step below burn all copies. Directed by David Blue Green and written by first-time screenwriter Chris Thomas Devlin, the film tells the story of a group of young influencers who travel to Harlow, Texas in an effort to gentrify the neighborhood into a millennial utopia. Serving as a direct sequel to the 1974 original, they of course inadvertently awaken the sleeping giant of Leatherface, who has been in hiding since the original massacre and being cared for by a local named Ginny. She’s apparently been keeping the slasher out of trouble, but after she suffers a heart attack from being evicted, Leatherface decides to exact revenge on the woke kids that killed the only person he didn’t want to slash in half.

Oh, and just to make sure we don’t forget we’re watching “Halloween Kills Featuring Leatherface,” the first murder reaches the ears of the lone survivor from the 1974 attack, who (you guessed it), has been waiting 50 years to get revenge for murdering her friends. I’ll give you one guess as to what weapon she chooses to use, too.

Yeah, “Texas Chainsaw Massacre” is so unoriginal and such a blatant rip off it can’t even add diversity to the weapons. If you’re gonna copy the homework, for the love of god change some of the answers and work so the teacher doesn’t immediately realize you didn’t do this on your own. Everything that happens is predicated on the stupidity of the characters, who all seem to go out of their way to make the worse decision possible at every single chance they get.

That stereotype of dumb teens basically running head first into a spinning chainsaw has its places in horror still, especially when we are asked to appreciate and laugh at said stupidity. “Texas Chainsaw Massacre” has all the functionings of a bad horror parody but presents it bold faced and self serious. This tonal imbalance from what’s actually on paper and what the director seems to think he’s making constantly clashes against itself minute by minute, leaving you detached from every single person in the film. I literally just finished watching it and I couldn’t tell you the name of a single person in it. Not one. The only reason I got Ginny in the description above is because I looked it up. Everyone is that forgettable and extremely dislikable, to the point where you find yourself rooting for Leatherface to kill all of them quickly so you get on with the rest of your day.

There is simply no tension in “Texas Chainsaw Massacre,” and no one to care about. Say what you want about “The Texas Chainsaw Massacre: The Next Generation,” at least it leaned into the creep factor and atmosphere of a small rural town with over the top, terrifying characters. This new version has none of that, and with no one to root for or care about, we’re left with a bunch of entitled Gen Z twats who kind of deserve everything that befalls them. Leatherface should NOT be the hero of “Texas Chainsaw Massacre,” and yet, watching him slay an entire bus full of kids who think live streaming him will get him “Cancelled bro,” (yes, an actual, real line of dialogue that exists and I can’t even believe I have to write that in 2022) is uncomfortably satisfying.

With a little tweaking and some originality, and oh, I don’t know, someone to give a shit about, “Texas Chainsaw Massacre” probably could be a fun little slasher flick and return to form. But the copy and paste format of films before it paired with an implausible entry point along with the stupidity of people we never, ever like, “Texas Chainsaw Massacre” is a massive misfire and even bigger waste of time, horror fan or not.

Oh, and did you know that if you get sawed in half by a chainsaw from the stomach to your chest…like literally held high in the air by the spinning blade, you can still live long enough to load a shotgun and get some things off your chest before you die? Because that absolutely happens.

“Texas Chainsaw Massacre” is currently streaming on Netflix. You can watch the trailer below.

10 Bands and Artists Who Are Technically One-Hit Wonders