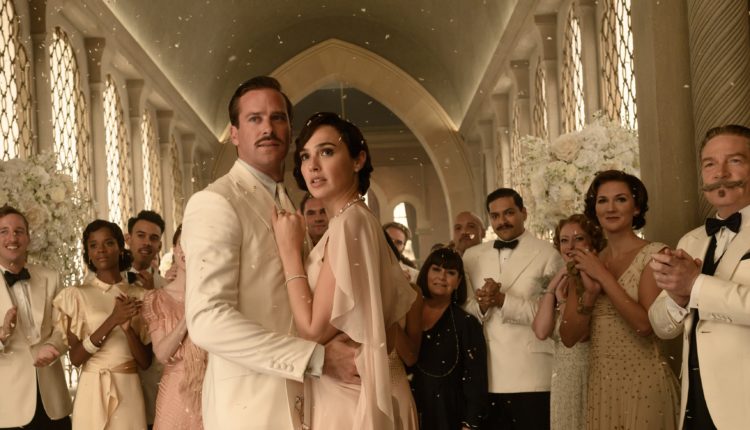 “Death on the Nile” Struggles with its Mystery [Review]

When Agatha Christy first published “Death on the Nile” in 1937, it was another of her successful and popular whodunits. Nine decades later, the film‘s overall effect feels behind the times with pacing, and fails with attempts at crafting mystery.

Directed by Kenneth Branagh from a screenplay by longtime Ridley Scott collaborator Michael Green, the film weaves an unearthly level of a beautiful sets and production design. Unfortunately for all of the eye candy and echos of Hollywood’s Golden Age, the story winds up guilty of being overly simplistic to be captivating.

When watching earlier eras of similar films, it’s easier to let those particular writing styles have a pass, but now that the bar has been moved by films like “Memento“, “Knives Out“, and even “Clue,” any fans of the genre will be able to spot the all-too glaring clues along the way.

Branagh again plays master detective Hercule Perot, who was first seen in the role back in 2017’s “Murder on the Orient Express.” Gal Gadot plays wealthy socialite Linnet Ridgeway-Doyle, and Armie Hammer plays Simon Doyle, who have come to Egypt to celebrate their honeymoon in lavish style with a small cadre of staff, family, and friends.

Perot finds himself caught up in drama involving the newlyweds as Doyle’s former fiancé, Jacqueline de Bellefort (played by Emma Mackey), has been stalking them both at home and has followed them to Egypt. As the dozen or so main players are introduced we find that most all of them have some reason to have a bone to pick with either Linnet, Simon, or both. With Jacqueline’s stalking causing more strife, the wealthy couple secures a luxury riverboat, the Karnak.

Before long, Jacqueline winds up dead. With the isolated nature of the boat, Perot has to invoke his super-sleuthing powers to uncover the killer.

Today’s audience’s reaction to Jacqueline’s stalking of the newlyweds impacts the story more than it might once have. Given the wealth of the couple, the inability to simply have Jacqueline extricated from the party makes little sense.

All that said, it is a very pretty film, as was discerned a few years ago when the original trailer first made the rounds before the pandemic. The story itself however, if one is new to the murder-mystery genre, might be an interesting puzzle. But anyone who is an aficionado will likely sort out the prime suspect before the first corpse starts forming rigor.

Death on the Nile