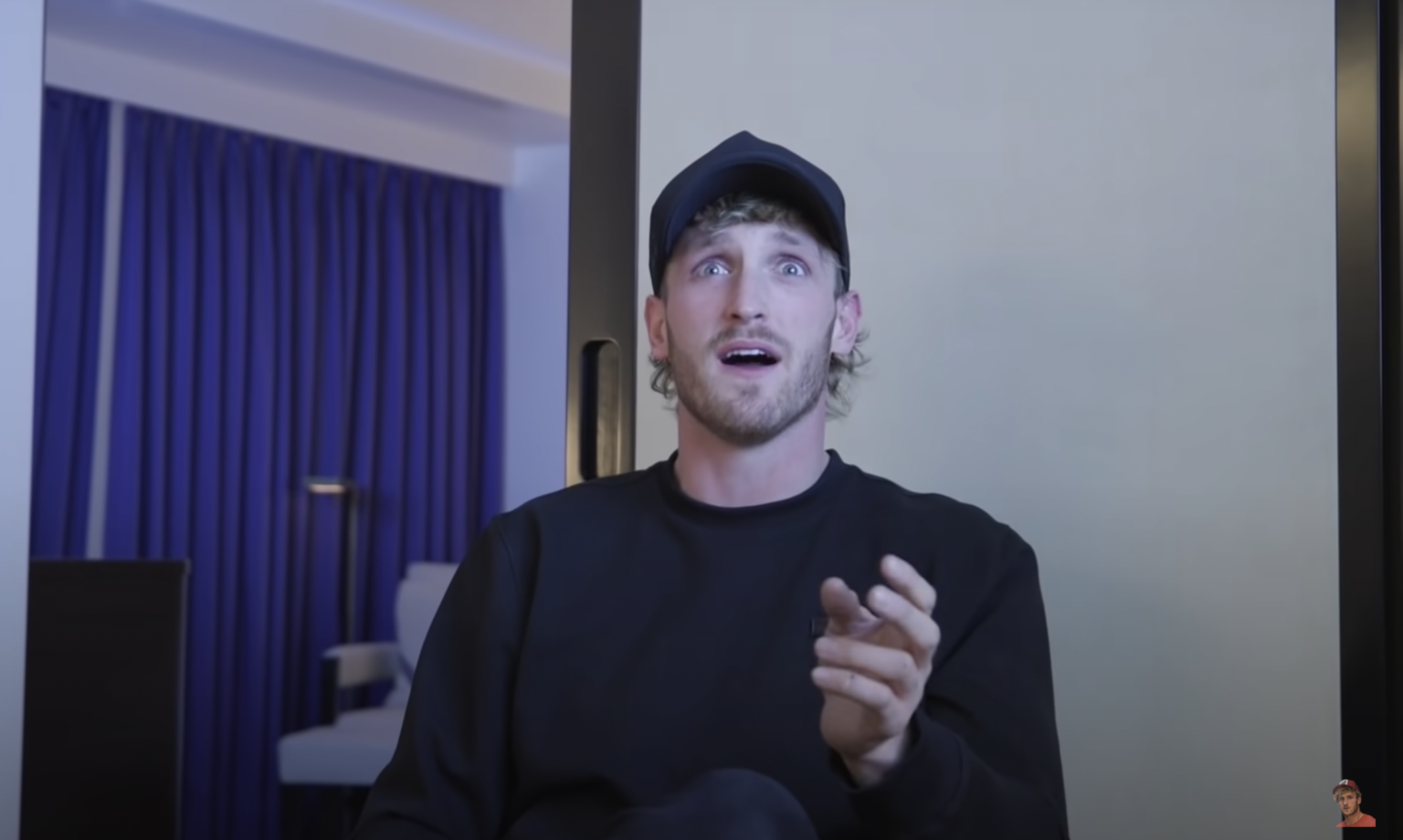 Schadenfreude. If you don’t know the term, it’s a German loanword, meaning there’s no single word we have in English that directly translates to it. It’s defined as deriving pleasure from another person’s misfortune. For obvious reasons it’s not exactly considered a wholesome thing for people to experience, but it happens to us nonetheless. There are times though, when the person or the situation is so contemptible or ridiculous, that when things fall apart, maybe it’s perfectly okay to let the schadenfreude flow through you. Such is the case with Logan Paul and his $3.5 million purchase of unopened Pokémon cards that SHOCKER, turned out to be a scam.

While Paul has his fans, he also has critics and detractors who have justifiably roasted him for filming a victim of suicide in a Japanese forest, making a video where he tasered dead rats, and participating in an absolute farce of a fight against Floyd Mayweather Jr. So while it might be wrong to wish bad things upon him, even in the face of some of the heinous things he’s done, it’s a bit less objectionable to find joy in his own ignorance coming back to bite him.

On December 20th, 2021, Paul posted a picture of him holding a supposedly “sealed and authenticated” package of six full Pokémon card booster boxes.

Given how large the Pokémon community is, the knowledge of this case being around for sale had been discussed for some time. A detailed article from Vice refers to an even more detailed piece from the PokeBeach website which has done a tremendous amount of research on this matter. They exposed so many red flags that it’s hard to know where to even start. This is in part why despite the fact that Paul just lost a tremendous amount of money on this, it’s hard to feel bad for him.

To summarize some of the details though, this box of card boosters has been floating around eBay since at least March of 2021 where it originally sold for $72,500. The auction fell apart though when the seller refused to let the buyer inspect the package. So just a tiny bit of a red flag there. The box would later be bought and sold by others, repeatedly increasing in price before Paul got to it. But the fact that this box was being sold on eBay of all places to begin with is a problem. Multi-million dollar auction items generally don’t get passed around on eBay of all places; something that valuable is normally done through an auction house.

Other red flags include the original seller changing their story multiple times about how they found the box, the label on the box not matching official Wizards of the Coast shipping information, and the package being “authenticated” by Baseball Card Exchange; a company with little to no experience in handling Pokémon card verification. These are all the kinds of things to where if you’re going to be spending millions of dollars on something, you’d want to investigate further on.

So what was the end result of Paul’s purchase? A box full of GI Joe cards. No really- Paul and a collector friend, Bolillo Lajan San went to the Baseball Card Exchange only to find out that once the booster boxes were opened, they were just full of GI Joe trading cards.

TMZ does say San is apparently refunding Paul his money, but what San is going to do with the previous chain of owners is yet to be determined. All of this leads to an interesting question though: is all this just an elaborate ruse?

Is it distinctly possible that Logan Paul is just so out of the loop and full of himself that he didn’t consider all the angles on this and perform his due diligence? Yes, it’s possible. However, Paul is also a notorious troll and attention hog. What’s to say that this isn’t all part of an attention-grab? As is already stated by TMZ, he has his money back, which could easily have been the plan all along. The Pokémon Trading Card Community clearly knew that all of this was highly suspect, was everyone involved in this sale oblivious to that? That’s hard to believe.

If this was a set-up for a publicity stunt it’s hard to know where it started along the way and who was involved, but look at the end result? Paul gets his name in the news again at no cost. He’s already proven that the idea of bad publicity is better than no publicity at all, and we’re giving that to him. Or at least, we’re doing it here with a caveat. Paul announced he was buying the box of cards and a bunch of outlets started reporting on it; it built hype for the unveiling. Does it matter what the unveiling was going to be? It actually was better for him in terms of getting his name out there that it was a scam. No one would be talking about this as much if it turned out the cards were real. All of this reeks of being staged.

So to wrap things up, let’s close on something that doesn’t give Paul any more attention; ever since COVID-19 became a pandemic, the market on retro goods has skyrocketed to the point where many things are being overvalued. If you are planning on venturing online to find something potentially rare, do your research. As prices rise, opportunists rise as well to take advantage of that. There are a lot of amazing communities out there for various items and brands that can help you verify the legitimacy of a potential sale, so when in doubt, reach out.

If you’re worried about being duped then you should definitely do your homework. For things like Casino fraud there are helpful resources like https://online-casinoau.com/ which will give you details about how to spot them. For other websites and especially consumer sites we also recommend thorough research before making a purchase.