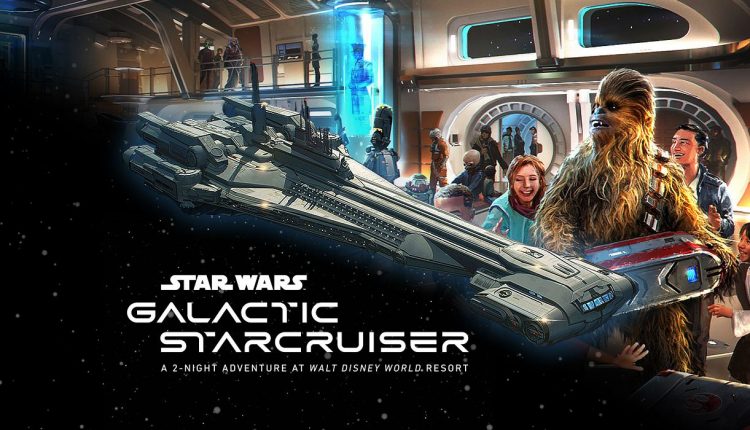 Disney has always been know for big, giant, grand ideas with massive price tags. More often than not, those price tags match the experience. So when the House of Mouse announced an immersive, Star Wars hotel experience, fans were intrigued, and eager to see the final product years in the making.

We got a few glimpses of mock ups and summaries of what the experience would include, and we also go the astronomical price tag of $5,000 for two people (for a minimum of 2 nights). For that much money, you should be given a background role in the next “Star Wars” film. The Galactic Starcruiser was billed as a once in a lifetime experience filled with excursions, lightsaber training, your own storyline, exclusive restaurants, and immersion throughout your entire stay.

Well, with the first attendees set to travel to the galaxy far far away in March of 2022, Disney began releasing some videos and first looks to, shall we say, underwhelming fanfare. For a price tag that high and the fervor for the beloved franchise, the experience should be nothing short of amazing. Instead, what we’ve seen so far seems a little more than a poorly executed cash grab for the ultra rich.

The reception to some of the first-look videos in Disney’s official YouTube channel has been SO BAD, Disney has removed some of them. The experience has been criticized for looking cheap and plastic, and the designs feel bare bones at best. Some of the experiences shared seem like knockoff versions of a better space experience, with one Twitter user saying “bro, this isn’t Star Wars. This is ‘Space Conflicts.'”

There seems to be very little positive from what’s been seen so far, including the unveiling of the “lightsaber training.” For $5,000, I better feel like Yoda at the end of “Attack of the Clones.” Instead, a first look video shows Disney Parks Chairman Josh D’armo in a pretty empty room being handed a standard lightsaber and interacting with some laser lights. It feels like something you would see at Galaxy’s Edge in a walk through room, like when you get meet and greet with Kylo Ren for a brief photo. One YouTuber commented, “”If this were free I’m not even sure I’d queue 30 minutes for it, let alone spend thousands of dollars. An entirely poorly executed idea for the rich.”

Even the welcome video has been lambasted. This video features Endario Zinn, a non canon character who supposedly acts as the star cruiser’s representative. An actress in relatively cheap-looking purple makeup, an iPhone cheaply dressed up to look like space tech, and (the internet catches everything) shows her eyes clearly moving from left to right, indicating that she is reading from a teleprompter.

After watching it, I would have to agree; it looks bad. It is an incredibly missed opportunity to have a welcome video featuring Ewan McGregor as Obi-Wan starting the introduction with “hello there…” Seriously, how do you fuck that up?! That’s an easy layup and more proof that despite the enormous amount of work that has gone into creating this experience, they didn’t take a page from “Jurassic Park” and spared no expense.

Look, all I can go off of is what’s been shown by Disney and how people are reacting to it. But speaking as someone who has visited the Harry Potter Studios in London, I can tell you that this is NOT how you create an immersive, mind blowing experience. I went three years ago and can still recount every single moment of my tour, can’t wait to go back, and it didn’t break my bank hardly at all. It is really unfortunate to see that Disney may have dropped the ball on what should have been a game changing vacation experience.

Of course tickets went incredibly fast the day they were released. But with the 90 day cancellation window closing, ticket holders have been cancelling their purchases in an alarming wave. The experience went from being completely sold out in a matter of minutes, only to show openings for March, April, and June 2022 after the first look videos were released. I do understand that Disney and Star Wars fans can be some of the hardest to please, but this seems to be a very poor attempt at curbing their critical eye.

All the money in the world and what should be the biggest bang for your buck looks to be like a major Disney Dud. Which really sucks, because I would’ve loved to scratch this off a bucket list someday.

I think instead I’ll fly to England and revisit the Harry Potter Studios. And I still wouldn’t spend even close to $5,000 to do that. Not good, Disney. Not good.

“Venom: Let There Be Carnage” Gets a Rom-Com Trailer