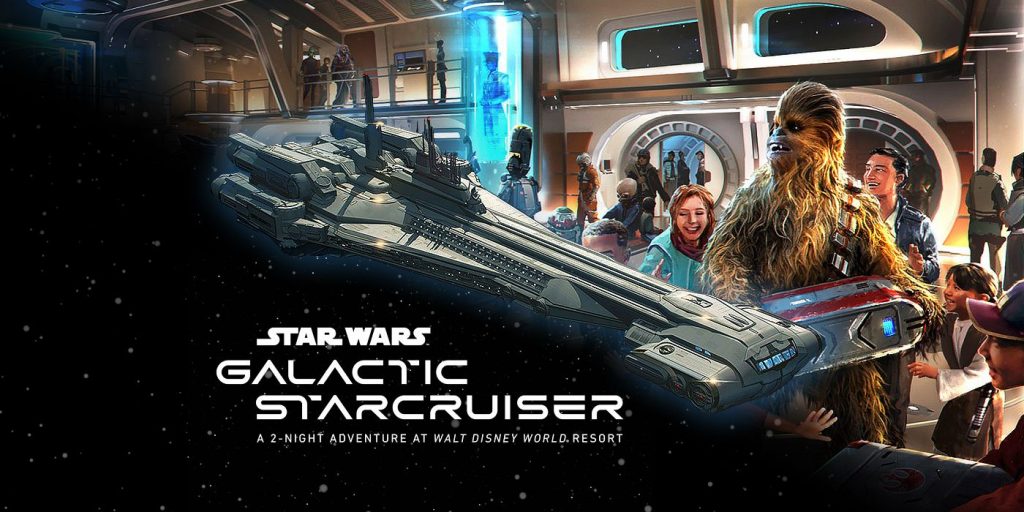 If you have been following the experience that Walt Disney World will be offering with their new Star Wars: Galactic Starcruiser hotel, then you’ll be excited to know you will be able to book your stay soon.

A stay aboard the Halcyon is very much a “Star Wars” experience. If you’re lucky enough to get into it you’re going to have a blast. All the rooms look just like you’re actually on a starcruiser and it will be a fully immersive experience. Think Rise of the Resistance, but x 1,000!

In a galaxy far, far away, progress continues at Star Wars: Galactic Starcruiser, where guests will live aboard a starship for a 2-day, 2-night experience. Unlike any typical cruise, though, you can become the heroes of your own “Star Wars” story in a new type of immersive experience that only Disney could create.

Guests will cruise the galaxy in style aboard the Halcyon, known for its impeccable service and exotic destinations. Onboard, you’ll stay in well-appointed cabins, experience onboard dining, make a planet-side excursion to Black Spire Outpost on Batuu and much more.

Earlier this year, Walt Disney World released first looks of the interior of the ship. While the prices are a bit out of this world, they promise that it’s going to be something you won’t want to miss out on. I personally think this would be a great opportunity for a LARPing group to pool in and go. Imagine the possibilities!

Bookings officially open on October 28th, 2021. You will be able to reserve dates for the first launch which starts March 1st, 2022.