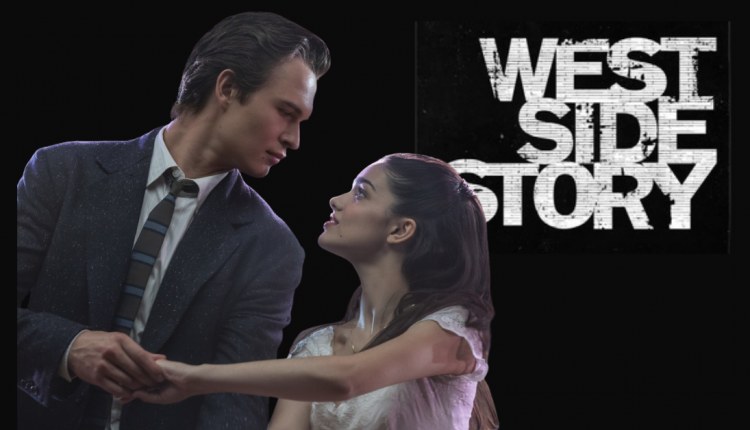 “West Side Story” is an Astounding Cinematic Reimagining [Review]

I’m not even going to waste time on a clever opening line or introductory paragraph. “West Side Story” is absolutely wonderful on just about every single level of filmmaking. From the music to the acting, to the choreography to the directing and cinematography, there is simply nothing that isn’t executed on a high level. It makes the case for being one of the best films this year, and considering the enormous amount of films I’ve watched this year, I don’t make that statement lightly. Add to that my skepticism heading into the film, and you have a reimagined classic that is truly something special. I will do my best to actually provide a critical review, but I felt compelled to let you know right out of the gate that this is going to be a rave from start to finish. “West Side Story” is remake done right, honoring the original while providing new interpretations and never stepping over the line on either side.

Directed by Seven Spielberg, “West Side Story” is a statement piece for him. Already a beloved and iconic director, Spielberg proves once again not only why he’s held in such high regard, but that he’s still got it. This is a man who has dedicated his life to bringing magic to film, and you most certainly feel that magic from the moment the title card pops up to the final overture. Like I said, I was extremely skeptical of this remake for a number of reasons.

For starters, “West Side Story” is a staple of my musical theater childhood, and has remained one of my all time favorite musical movies. Two, no one has every asked for this classic to be reinvented, especially when the original legitimately still holds up within the confines of its genre. And third, in the wake of the passing of Steven Sondheim, it felt somehow insensitive to attempt to rehash one of his most cherished lyrical works.

All of those misgivings are put to bed almost immediately. I actually messaged my editor 11 minutes into the opening scene to tell her how goddamn wonderful this film was already. [Editor’s note: he absolutely did.] I don’t usually do things like that, especially in a movie I am immediately enthralled with. But all of my naysayer emotions and criticisms were so wonderfully washed away I simply had to express my error immediately.

From the thoughtful and passional screenplay of Tony Kushner, to David Newman’s brilliant interpretation of Leonard Berstein’s music, to the gritty off-white somehow dull and rundown but also vibrant and teaming with life cinematography of Janusz Kaminski, to the stunning choreography of Justin Peck. “West Side Story” pulls you in with every single detail, and Spielberg has assembled a team who truly understands the source material but allows them to explore their talents. This is just damn good filmmaking, and the set pieces transport viewers to a New York before New York. It never forgets its themes of gentrification and racism, but never dwells on them to the point of preaching, either. Everything is so well balanced and meaningful that it grabs you with both hands and sends you pirouetting down the streets of the 1950s city.

I’ll get to the cast in a minute, but what is truly impressive about “West Side Story” is how unbound it is by the source material without every thumbing its nose at it. I can’t recall the last time I’ve seen a movie that so passionately sticks to the original while beautifully injecting reinterpretations of their own. It’s not the slavish devotion to recreate what’s been done; it’s what is added, subtracted and rearranged that make “West Side Story” stand high above other attempts at similar films and/or musicals. Many classic numbers take place in different settings, their order is rearranged and some songs are sung by completely different characters. As an example (I’d say spoilers, but how do you spoil a 60 year old film?) in Spielberg’s film, it’s Riff and Tony who sing “Cool” as they wrestle over a newly purchased gun. For any fan of the original, this is a jarring departure from the original, but as you start to realize Spielberg’s merging of new vision with old reverence, you begin to see what is really happening here.

Spielberg doesn’t just recreate a stage play in the form of a film, which is predominately what the original did and has stood the test of time for doing so. No, THIS “West Side Story” is music brought to life in cinema. Everything feels natural and a part of the world. There is no feeling of actors meandering about until the next big musical number to further the story along. The story is happening AROUND the music, with the song and dance numbers punctuating the emotional and passionate experiences the characters are already sharing with their viewers. This is no easy task, either. Hell, it’s even hard for me to describe what I mean by it, but if there was every a director who create such a magical experience, it’s Spielberg. And his work here shines bright, maybe even outshines the original in some places.

Of course, the magic needs a magician, and having everything button up behind the camera means nothing if the people in front aren’t firing on all cylinders as well. Thankfully, the cast is nothing short of amazing. My biggest fear was Ansel Elgort as Tony. I don’t have anything against him as actor in general, but nothing about his previous work signaled to me that he would be able to pull it off. I have never been so thankful to be so wrong. Elgort is charming and wonderful in the lead role. He can sing, he can dance, and he can act and emote, which is more than I expected from him and was pleasantly surprised.

“West Side Story” belongs to Rachel Zegler as Maria, and Ariana DeBose (the original “bullet girl” from “Hamilton“) as Anita. These women steal the show at every turn, delivering gorgeous performances with powerhouse voices. This can apply to everyone in the film, but it’s most noticeable with these two. Neither of them are doing impressions of their early counterparts. They completely embody their own versions of Maria and Anita, which in turn allows us to embrace them as the beloved characters we know. Everyone does this, including characters like Riff who’s played by “Dear Evan Hansen” alum Mike Fiast. It could be incredibly easy to simply go for broke with over the top ridiculousness impersonations, but there isn’t a single person cast in this film that chooses to do this, and it’s that experience and expert direction that help everyone avoid that pitfall.

I would be remised if I didn’t mention the brilliant inclusion of Rita Moreno as Valentina, the reimagined Doc. In any other interpretation, this would feel like obvious pandering, acting more like a cameo nod and wink, as if to look at the camera deadpan and say, “See? We got her in this thing!” Instead, the nod and wink is far more subtle, and injects her into the story with purpose and experience. She becomes a narrative anchor instead of a meaningless distraction, and is more than welcomed despite being surrounded by so many young up and comers with enormous talent. It is a delight to see her onscreen again and in such a purposeful and meaningful role.

Sorry, one more thing and then I’ll stop. We can’t talk about “West Side Story” with addressing representation, which is infinitely better here. I understand that the story by nature is rather insensitive to Puerto Ricans. Not just in the context of the story itsel,f but in the very fabric of white eyes telling brown stories. Short of bury the musical and film altogether, I don’t know that any of that can be corrected, and many Puerto Rican and Latinx critics and writers are right be so put off by this film. By its very nature, it is a wholly American film in the best and worst of ways. What I can say in defense of this version is that, at the very least, it attempts to rectify some of that by actually casting Latinx actors and also comprising almost half the script with non subtitled Spanish. The story may still be somewhat insensitive on a larger, more interpretive scale, but Speilberg’s desire to attempt to right this wrong is evident and welcomed. Plus, everyone is so goddamn good you don’t really need to understand what’s being said to know what they’re saying.

Listen, we’ll be here all day if you keep letting me hurl superlatives, so I’ll do the honors and stop myself short. I think I’ve made the point clear: “West Side Story” is a near cinematic masterpiece, a must see cinematic experience that feels equally familiar yet refreshingly new. That something coming is this magical film. And you need to see it.

Did I….did I play it cool, boy? Real cool? Catch it in theaters now.