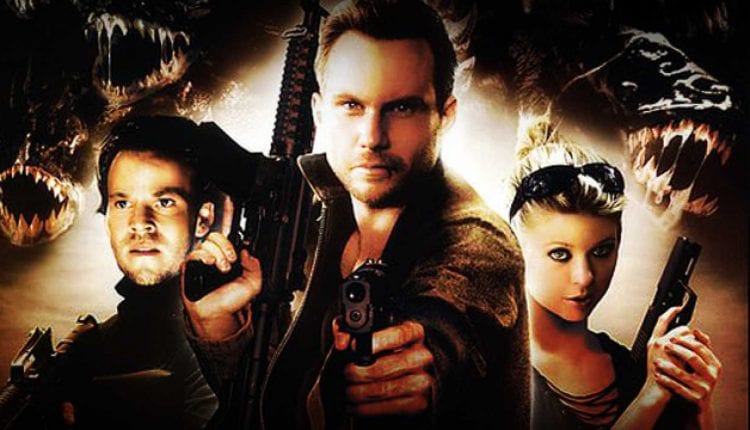 Surprise, surprise! Another Uwe Boll video game film adaption makes the worst of list. Honestly at this point, the series should just be a review of Boll movies as pretty much all of them terrible with very few having anything redeemable in them. They are nonsensical, low budget, poorly filmed and acted hodgepodge plot points disguised as a feature film, with “Alone in the Dark” being no exception.

Despite knowing full well this was going to be another trying endeavor, I specifically chose this film for another reason other than being rated 1% on Rotten Tomatoes. The film costars none other than Stephen Dorff, who recently made headlines trashing both “Black Widow” and the entire Marvel cinematic universe. Imagine stating publicly that you feel sorry for Scarlett Johansson knowing full well you have “Alone in the Dark” on your resume. Sure, every actor does a bad film once in a while, but any criticism of the greatest media franchise history is null and void when you willing star in a fucking Uwe Boll film. Sorry Mr. Frost, but you’re not getting of the hook that easily. “Alone in the Dark” is an unremovable blemish on any actors resume, one that you should be apologizing for regardless of the years that have passed from its release.

Right out of the gate, you know you’re in for a slog of a film when the title card has a narrator attached to it. Not only does the opening title card for “Alone in the Dark” feel more like a pitch meeting than a quick introduction to what we’re going to be watching, but Boll doesn’t even believe his viewers are smart enough to read it. It has to be narrated, too. Boll can’t even be bothered to trust that his movie is going to make enough sense to have whatever words are appearing on the screen have any value or purpose, so he has to have to someone read them to you as well. You know, just in case you’re too stupid to get the literal storyboard exposition in the first 30 seconds. What’s even worse is “Alone in the Dark” abandons everything it just did entirely, suddenly dropping us into scene to scene that has seemingly nothing to do with what we were just told the movie was going to be about.

Like countless other Boll films, just because you watch the movie doesn’t mean you have any idea what the hell it’s actually about. “Alone in the Dark” is once again a collection of disconnected and nonlinear scenes strung together by nothing more than recurring faces we’re told are suppose to be characters in the movie. I couldn’t even tell you what the film is about. Something about orphans and evil creatures in the dark and Christian Slater is an ex government agent or something and oh ya superhuman evil dudes that appear out of nowhere to kill Slater (and yes I don’t even care enough about the characters to remember their actual names). There are just so many dumb things going here that even if you’re able to sit through the whole thing, it’s really hard to make any sense of. My biggest issue with films like “Alone in the Dark” is that there are some basic elements that COULD be done better were they in more capable hands. The problem is that the only people that make video game adaptions are garbage, dumpster fire human beings like Boll. It’s really unfortunate, because video games are ripe with terrific, complex and nuanced story telling that gets lost when given to filmmakers who have no idea what any of those words mean.

And this brings us to Mr. Bitter Old Man Yells at Clouds, Stephen Dorff. Listen, I understand that Marvel has forever changed the landscape of filmmaking for better or worse. It is the dominate force of all things film, and whether you like or not, success and the whole of entertainment rests solely on the shoulders of one, singular media company and franchise. This type of entertainment monopolization deserves every ounce of criticism for essential Amazon-ing the film industry, but all of it reeks of insecurity and bitterness coming from a guy like Stephen Dorff who has “Alone in the Dark” on his resume. Frankly, it would be fine if he comments were more geared towards the business vacuum Marvel has created. Instead, he attacked actors specifically, as if being in the most successful film franchise of the last century was the worst decision you could make. No, Mr. Dorff. Starring in “Alone in the Dark” is an unforgivable offense, and you have absolutely no business spouting off at the mouth talking about how you only want to work with great directors. You sold out for a paycheck to work with Uwe fucking Boll. You absolutely cannot “feel bad for Scarlett Johansson” for making millions of dollars from a solo movie in a franchise in which she’s played the character is 7 previous films when YOU signed on to be in “Alone in the Dark.”

“Alone in the Dark” is as bad as you know it probably should be. It’s over convoluted, tonally imbalanced, incomprehensible as far as plot goes and without ever playing the game series, I know it doesn’t even begin to do the video games justice. Boll has a tendency to try and recreate every single element of the video games into film without any regard as to why they’re relevant to begin with. Honestly, I don’t think anyone can sum up the whole film as eloquently as Blair Erikson, the first draft writer of “Alone in the Dark,” telling Something Awful in 2007:

“The original script took the Alone in the Dark premise and depicted it as if it were actually based on a true story of a private investigator in the northeastern U.S. whose missing persons cases begin to uncover a disturbing paranormal secret. It was told through the eyes of a writer following Edward Carnby and his co-worker for a novel, and depicted them as real-life blue-collar folks who never expected to find hideous beings waiting for them in the dark. We tried to stick close to the H. P. Lovecraft style and the low-tech nature of the original game, always keeping the horror in the shadows so you never saw what was coming for them. Thankfully Dr. Boll was able to hire his loyal team of hacks to crank out something much better than our crappy story and add in all sorts of terrifying horror movie essentials like opening gateways to alternate dimensions, bimbo blonde archaeologists, sex scenes, mad scientists, slimy dog monsters, special army forces designed to battle slimy CG dog monsters, Tara Reid, “Matrix” slow-motion gun battles, and car chases. Oh yeah, and a ten-minute opening back story scroll read aloud to the illiterate audience, the only people able to successfully miss all the negative reviews. I mean hell, Boll knows that’s where the real scares lie.“

It is truly amazing how fantastic this quote is, as it essentially sums up Uwe Boll’s entire film career in one, single, backhanded compliment for completing destroying the original premise of “Alone in the Dark.” Erik, if you’re listening, I will go see your original draft if you ever get it made. The fact remains, Uwe Boll literally ruins films, and “Alone in the Dark” is no exception. Did I mention there’s an entire marital arts vs guns battle in the middle of this thing for absolutely no reason? I can’t even contextualize it for you because I don’t know why in the world it’s happening.

I think it’s safe to say “Alone in the Dark” unequivocally deserves its place on the Rated 10% or Less list, and should have a 0% on Rotten Tomatoes were it not for one, lone, misguided reviewer Michelle Alexandria of Eclipse Magazine. Sorry Stephen Dorff, but the only one we need to feel sorry for is you. I know you think we forget something like “Alone in the Dark” exists, but I’m here to remind everyone that it does, advise them never to watch it (not even for free on Amazon Prime), and remind YOU that you’ve got unforgivable films in your filmography. For the love of god, have several seats and put a sock in it. I’m sorry Marvel didn’t call you to reprise your roll of Deacon Frost.

But hey, I’m sure you can call Uwe Boll for a spot on the “Alone in the Dark 2: Electric Boogalo” cast. Because you know, Bol just might be the new Stanley Kubrick. Or something, I dunno, Stephen Dorff is an idiot and “Alone in the Dark” is terrible.

But, you can watch it on Amazon Prime here.

“Loki” Funko Pops Are Coming, and We Need Them All