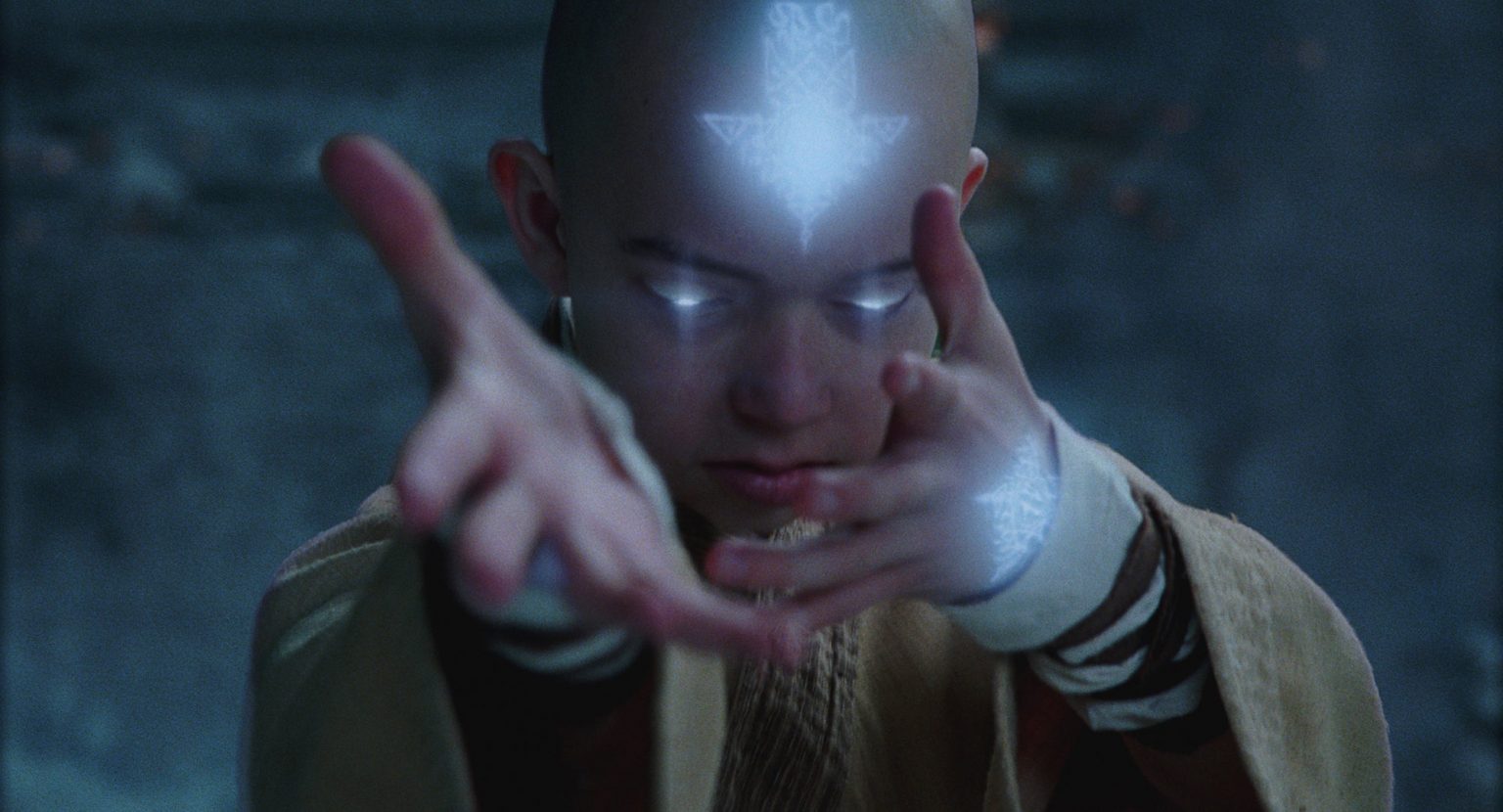 Film adaptions of beloved source material, be it comics, video games, books, or television series. It is a tricky balance between keeping the integrity of the original work while also transforming it to be consumable for general audiences. Some find massive success like the MCU, while others struggle to really capture the heart of what makes the stories so endearing like say, I don’t know, just about every single video game film adaption ever. “The Last Airbender” is a prime example of what not to do across the board, failing to capture the magic of its source material while also ostracizing general audiences unfamiliar with the show. Full transparency, I’m not an anime fan and have never seen a single episode of the show, so while I can understand the general complaints from those fans, my critiques are solely based on my first time experience with “The Last Airbender” and the general consensus I’ve heard from fans. Plagued by dull, wooden acting and a narratively incoherent script, “The Last Airbender” does little in the way of justifying its existence, making for incredibly dull and painful movie watching experience.

It’s hard to narrow down all of the problems within “The Last Airbender.” Everything from the writing to the director to the pacing to the white washing of its main protagonists all contribute to the film’s ultimate failure. For the sake of this review, let’s just stick with those main failures: the director, the writing, and the white washed actors. The list of bad in “The Last Airbender” is a mile long and we’d be here all day if we don’t focus. Luckily, we can blame the same person for the writing and directing; good old Mr. M. Night Shaymalan. “The Last Airbender” is what happens when an auteur filmmaker doesn’t fully understand the material and characters they are working with. Much like Snyder doesn’t fully understand characters like Batman and Superman in the DCEU (breath, Snyder fans. Deep breaths) Shaymalan seems to miss any and all nuances and character traits that make its cartoon counter part so appealing in the first place. “The Last Airbender” feels more like a cheap attempt to recreate a few cool scenes in live action and then pull random bits and pieces from the narrative to loosely connect them. The disconnected narrative is bogged down by a plethora of other failings, but most of this falls on Shaymalan who fails to make sense of any of it in a way that anyone, fan or not should care about.

“The Last Airbender” painfully drags from one scene to the next, desperately attempting to cram as much story as possible into the hour and half it has without really being concerned with why or how it matters. This is a huge slap in the face to fans who showed up thinking they were going to get a live action adaption of a beloved cartoon, only to be presented with a watered down, pitiful attempt to tell the most hollow parts of a much deeper story. With adaptions, there always has to be some changes, and there is a certain level of dumbing it down for people who haven’t invested years into the lore. But “The Last Airbender” fails to do this in any meaningful way, and ends up forcing fans to apologize to their friends whom they dragged to this in hopes it would convert them. Just imagine how difficult that conversation had to be, being so excited to finally see your favorite animated show on the big screen only to spend the next few weeks apologizing to everyone for it. Now you have to beg them to watch them cartoon AND convince them it’s nothing like the movie. But for anyone who’s first experience with the story is “The Last Airbender,” that’s one hard sell. The only thing everyone ended up agreeing on is that the film needs to be forgotten. On all sides, everyone is left wondering how “The Last Airbender,” a film about people with the power to bend elements, can be this boring and joyless.

And then there’s the white washing of our protagonists. Not just one of them, either. All of them. Regardless of the filmmaker and studio’s defense, it’s hard not to recognize that “The Last Airbender” is racially backwards. Villains? Asian. Villagers with minimal speaking roles? Asian. The main protagonists, heroes, and savior of all nations? White. It doesn’t take a sociology degree to see how backwards this is, and considering how abysmal the performances end up being, doesn’t make a strong enough case for happening. I’m not saying if the actors were better it would justify the inversion, but at the very least, if you’re going to make this decision it better be worth the backlash you had to know was coming.

Unfortunately for “The Last Airbender,” it’s never once worth it. The actors are wooden at best, not even worth naming here and incapable of doing anything to elevate the poor writing and never resonating with anyone watching. They just speak because the script says so, void of any and all emotion. Even if you wanted to make the argument that the anime is drawn ambiguously and it is we, the viewers that assume they should be Asian. But that fallacy crumbles under even the slightest bit of scrutiny, because the actual Asian actors in the film act circles around their white counterparts and filling out every other role with Asian actors EXCEPT the protagonists cannot be interpreted as anything other than inappropriately purposeful.

“The Last Airbender” is widely accepted as being one of the worst films ever made, holding a strong 5% on Rotten Tomatoes. I’m inclined to agree with them, too. There is just nothing pleasant about watching the film, to the point where I’ve had to restrain myself from listing issue after issue the film as so as not to drone and on and on about how bad it is. Make no mistake, this movie really is THAT bad. It is a poorly realized adaption that is void of any and everything that made the show interesting, and fails on just about every level of filmmaking one could do in an hour and thirty minutes. It’s a narrative disaster, horrendously acted, poorly written, and lazily directed. Even the visual effects don’t hold up, and despite every notable Asian actor in the fire nation doing way more than they should to breath some kind of life into this mess, “The Last Airbender” flames out almost immediately after it starts.

The question, of course, is whether or not “The Last Airbender” is fixable to not warrant its very low rating. For the film to be fixable, you’d have to hire a new writer, director, producer, and actors with people that actually connect with the source material, and with that much change you’re making a completely different film. So no, “The Last Airbender” isn’t fixable.

Does it deserve its 5% on Rotten Tomatoes?

No. It deserves LESS.

I would argue that the film most certainly earns is moniker of being one of the worst films ever made, and because it is far worse than other films rated less, “The Last Airbender” deserves a big fat goose egg.

“The Last Airbender” should be the last of its kind. I’m ok with freezing this one in ice and forgetting all about it for next 100 years.