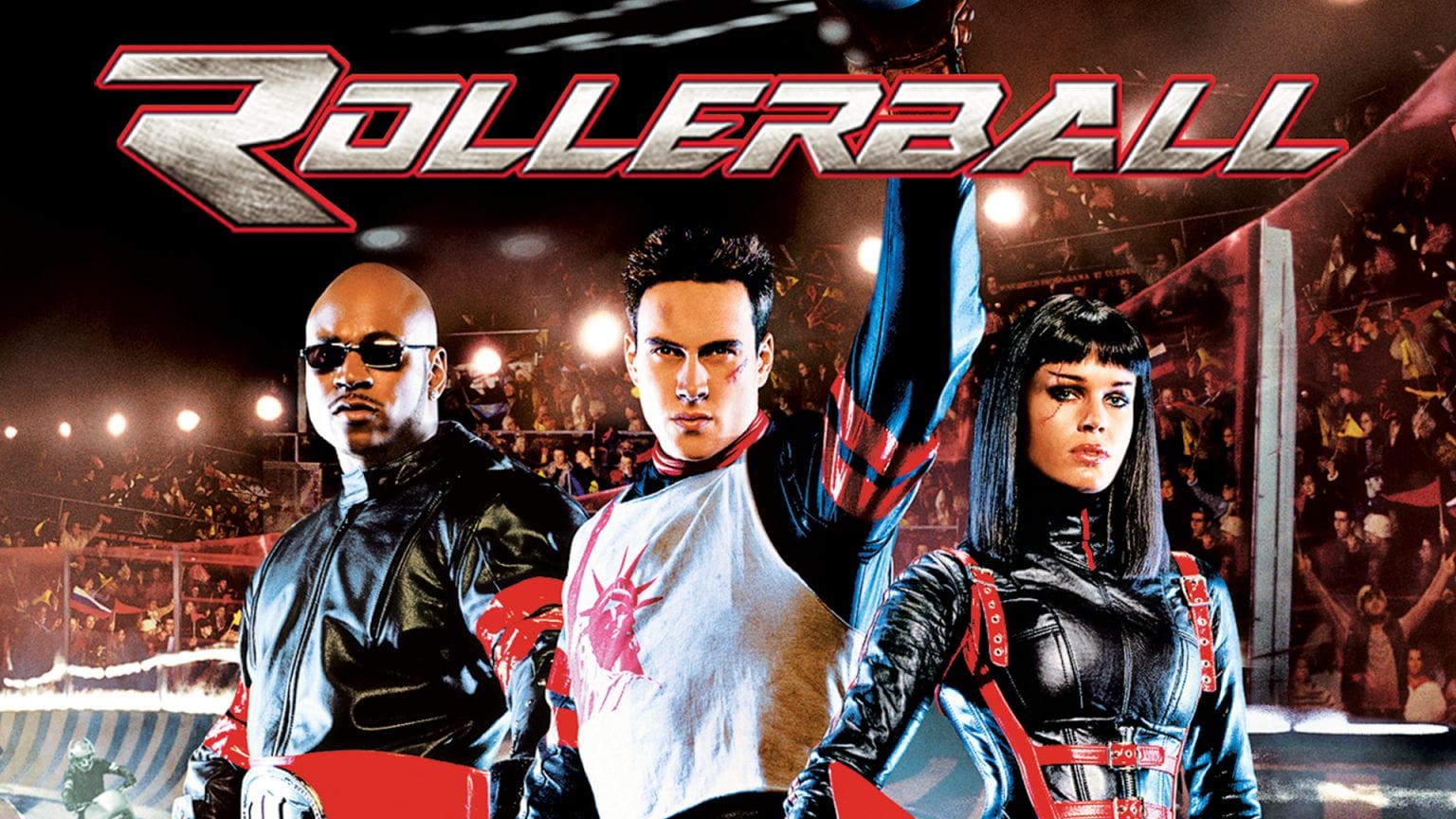 It honestly feels like a disservice to my time as a writer and your time as a reader to waste words on a film like “Rollerball.” Not only do I regret having watched it in its entirety, but unlike some of the other films in this series, I regret having to even explain why it’s as bad as you think it is. Like the film, a review feels like a waste of time, squandering away any possible coherence of a script and anything resembling competency from its 1975 predecessor.

Not everything ever made needs a remake and Chris Klein is a terrible actor. Minus the “American Pie” series, a majority of the films he headlines have topped out at about 30% on Rotten Tomatoes, with at least 3 making the list for this series (one of which you can read here). Someone likes him, because he keeps getting work, but so he’s a contributing factor to bad films being worse rather than victim of a good actor in a bad film. “Rollerball” is really, really, bad, lacking anything that could possibly make a film interesting to watch. it is an incoherent mess in just about every single aspect of filmmaking, culminating in a cacophony of a hard rock soundtrack of bland acting and action.

As with most films on this list, describing what the film is about is always the most challenging part of the review. I guess it’s about a sport called Rollerball that has combines rollerblades, motorcycles and some kind of scoring system with a metal ball. Jonathan Cross and Marcus Ridley are two Americans who are sent to eastern Europe and become stars of the sport, enjoying vast sums of money, fame, and women. The owner, Alexi, is hellbent on making Rollerball a global phenomenon, which for some reason is evil and he has to be stopped. To spell it out, he starts planning violent accidents to gain more views, and Cross and Ridley decide he must be stopped before he kills them? Oh, and Aurora is Cross’ love interest/gratuitous sex scene/woman needs to be topless because we said so girl, person, character…I guess honestly I stopped connecting the dots about 45 minutes in.

“Rollerball” stars Chris Klein, LL Cool J, and Rebecca Romijn as the three protagonists, with Jean Reno hamming it up as the villain Alexi. Reno is slumming it here, as he is far more capable of playing similar characters often in much better films. The same can’t be said for Klein, who is perhaps the most bland, uninteresting, and unlikeable hero ever forced to carry a film. Being the main protagonist for a film like “Rollerball” is a tall order for anyone. Hell, I don’t even think The Rock has enough charisma to make anything that happens in this movie interesting enough to care about. But Klein brings a certain level of goofiness and wooden delivery that is unmatched by even some of the worse “THIS Chris is the next best thing” Hollywood attempts. I don’t even think someone is feeding him lines, as every scene looks like Klein is struggling to read them from a teleprompter or queue card. I know I’m harping on him a lot, but this is one instance where a bad actor makes a bad movie WORSE, and pairing a train wreck like “Rollerball” with uncharismatic actor like Klein is recipe for absolute disaster.

The other thing about “Rollerball” is that the behind the scenes turmoil and demand for reshoots demonstrate not only the lack of good decision making from MGM and all others involved, but also how those bad decisions were fueled by subtle racism and discrimination. Look, “Rollerball” doesn’t deserve a deep dive analysis into all the ways it went wrong and how all the studio meddling made a bad film even worse. The cliff notes? The film was reshot twice after two terrible test screenings which altered the ending completely, 30 minutes of violence and sex was cut out to hit the PG-13 rating and never put back in despite attempting to make an R Rated DVD release later, the soundtrack and score was changed because it was allegedly “too Arabic” and entire framework of the film’s plot was altered because it was allegedly deemed “Too asian.” Ya, there’s a LOT to unpack here, and “Rollerball” just simply isn’t worth the time or effort to do so. Whatever it was suppose to be couldn’t be any better than what we got, especially because at its core, the film really isn’t about anything. It’s a checklist of a teenagers imagination, bringing to life the worst ideas like rollerblades and motorcycles, angsty rock music and oh ya, BEWBS.

I don’t know if you can tell, but I absolutely hated “Rollerball.” Everything from its plot to its stars to its editing, right down to an entire section of the movie being filmed in night vision just because. Seriously, it’s so strange and so out of place I legitimately thought the color had gone out on my tv or my HBO Max had someone crapped out on me. The problem is, everything in “Rollerball” is a nonsensical as an overextended night vision shot.

This leaves us with the final two questions: is it fixable and does it deserve its 3% rating on Rotten Tomatoes? To answer the second question first, yes. Emphatically, yes, “Rollerball” deserves its low rating, and makes a strong case for a 0% were the scores up to me. To answer the first question, I have to say that “Rollerball” isn’t fixable. The studio, director, writer, and multiple marketing heads (yes, they had more than one to try and sell this thing to audiences) all tried to fix it and failed, resulting in an even worst final product than whatever was originally intended.

“Rollerball” is an absolute mess of a film, deserving of making the list of the worst films ever made. It is a slog to get through, and I don’t even think a drinking game could help in making it watchable.