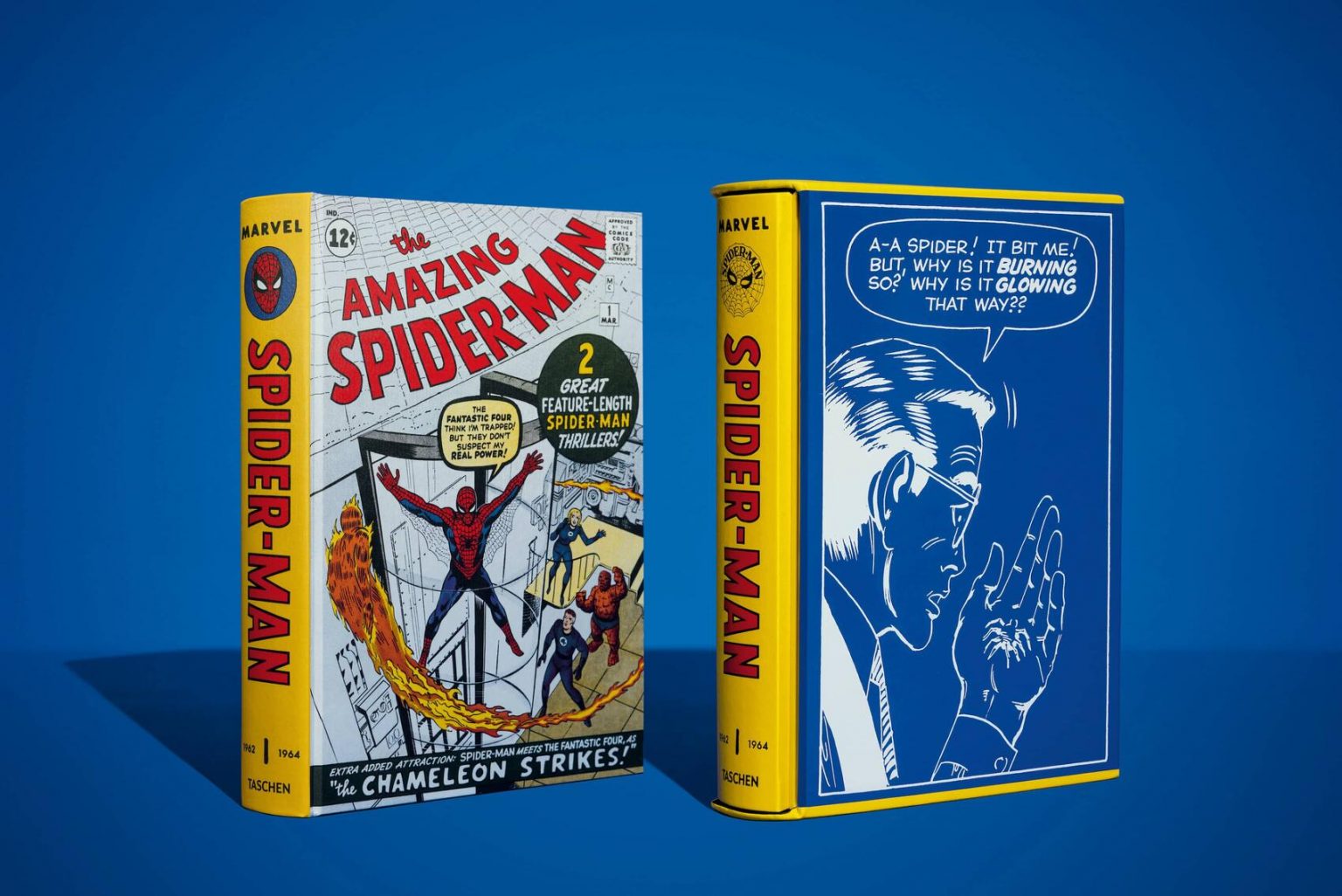 TASCHEN books are outrageously amazing. With a price tag to match, these glorious pages celebrating all manner of things are more of an investment than anything else. The premiere coffee table book company- although calling them that is sort of disingenuous- TASCHEN really does have a book for everyone.

Oh, and they’ve just entered into a partnership with Marvel.

Not just any partnership, but one titled The Marvel Comics Library. It’s set to be an extensive collection of some of the most iconic characters and titles in Marvel’s catalog, and it’ll kick off with Spider-Man Vol. 1 1962-1964. This will be released in the extra large format, which is pretty much the as-printed size of a comic book page.

TASCHEN’s extra-large format, close in size to the original artworks, reveal startling new details in the work of Marvel’s most acclaimed artists. For each title in the series, the most pristine pedigreed comics have been cracked open for reproduction in close collaboration with Marvel and the Certified Guaranty Company. Rather than recolor the original production artwork (as has been done in previous decades’ reprints of classic comics), TASCHEN has attempted to create an ideal representation of these books as they were produced at the time of publication. Beginning with high grade, top-quality comics sourced with the assistance of the CGC, super-high-resolution photographs of each page were made as printed more than half a century ago, using modern retouching techniques to correct problems with the era’s inexpensive, imperfect printing. This included improved and balanced ink densities and color matching, proper registration of the four-color printing and correction of thick/thin lines resulting from the flexible plates “smudging.” The end result is a finished product — as if hot off a world-class printing press produced without economic or time-pressure constraints – tailored for readers, fans, artists and collectors alike.

Each volume features an essay by a comic book historian alongside hundreds of photos and artifacts. The books use three different paper stocks, including an uncoated and woodfree paper exclusively developed for this series that simulates the feel of the original comics.

The first 5,000 copies of Spider-Man. Vol. 1 will be numbered and released as a Famous First Edition. The book is also available as a Collector’s Edition, limited to 1,000 copies featuring an aluminum print cover tipped into a leatherette-bound spine, foil embossing, and housed in a slipcase. Each book is individually numbered. The inaugural purchase of the Collector’s Edition entitles the collector to preemptively secure the same identical edition number for all forthcoming Collector’s Edition titles in The Marvel Comic Library.

Read more about the release on Marvel’s official website here.