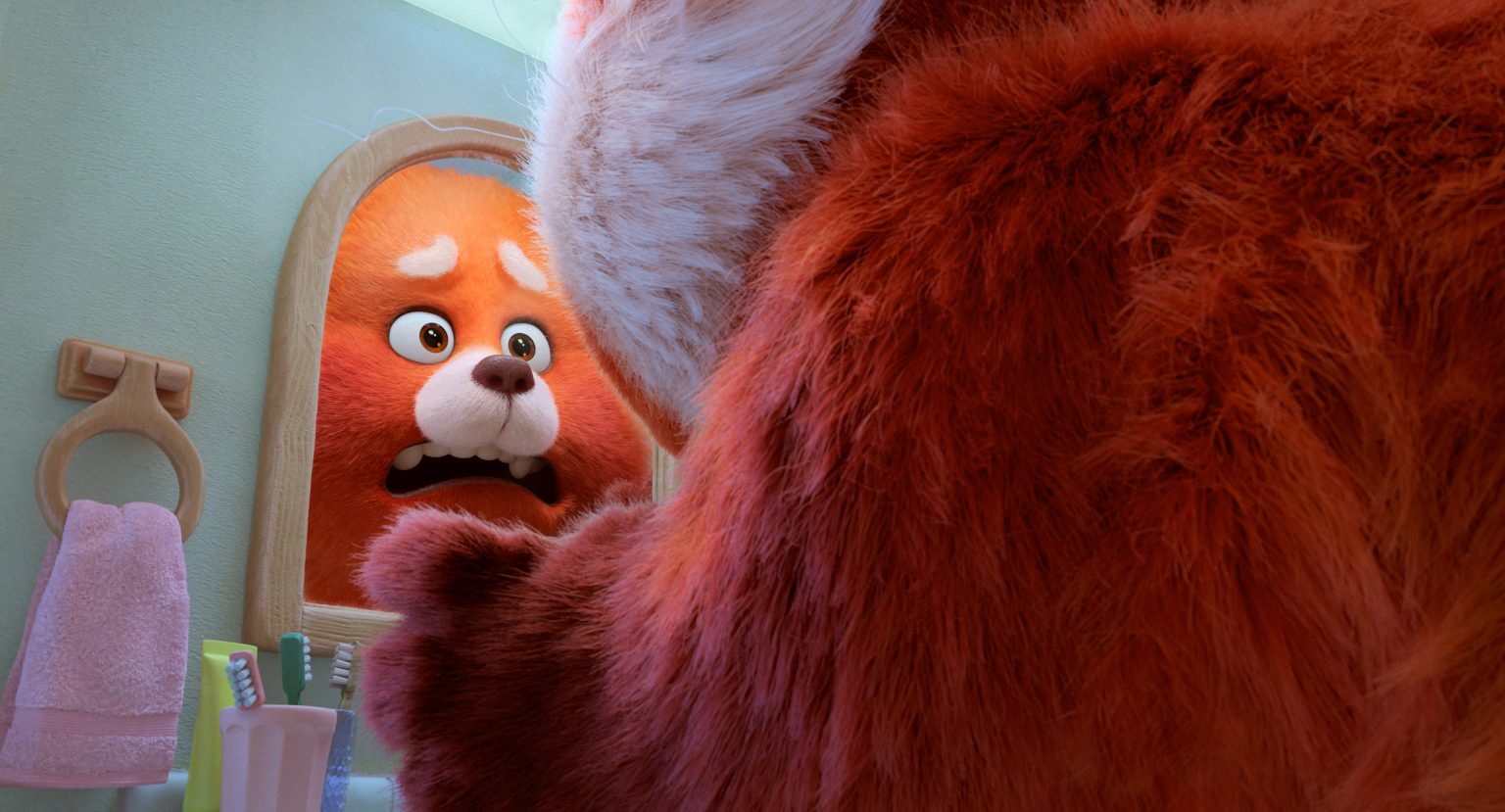 GIANT PROBLEM – In Disney and Pixar’s all-new original feature film “Turning Red,” 13-year-old Mei Lee “poofs” into a giant panda when she gets too excited (which for a teenager is practically ALWAYS). Featuring Rosalie Chiang as the voice of Mei Lee, “Turning Red” opens in theaters on March 11, 2022. © 2021 Disney/Pixar. All Rights Reserved.
Animation

Boots and cats and red pandas come to the new trailer for Pixar’s “Turning Red.” The animation studio has dropped their latest trailer for the Domee Shi-directed film. The film centers on Meilin Lee, a self confident, Chinese-Canadian, music obsessed kid.

In addition to the usual perils of growing up, Meilin also happens to suffer from a family curse that turns her into a giant red panda when she experiences strong emotions. Think a fuzzy adorable Incredible Hulk in a style only Pixar can do.

Meilin and her friends are infatuated with fictional boy band 4*Town. We can only assume the plot will be her and friends attempting to see said band and Mei risking revealing her wilder side.

The new trailer goes all in on wordplay with a brilliant use of *NSYNC’s “It’s Gonna Be Me” (or in this case, Mei). The film is supposedly set in the early 2000s, so those of us who lived through the boy-band glory days should probably brace for some hardcore nostalgia.

We also get more of Sandra Oh as Mei’s mother than we have in previous looks at the film. As well as the “poof” transformation from girl to red-panda. Seems like it’s not an all or nothing transformation and she can metamorphose in pieces.

“Turning Red” is the 25th feature film from Pixar. It’s also the first feature film to have a solely credited female director. Brenda Chapman previously received a co-directing credit on “Brave,” though she departed the film before it’s completion.  Shi was also the first female director to helm an animated short for Pixar. She won an Academy Award for “Bao” in 2018. Shi wrote both “Bao” and “Turning Red.” Rona Liu also serves as production designer for both projects, and Linsey Collins is serving as producer.