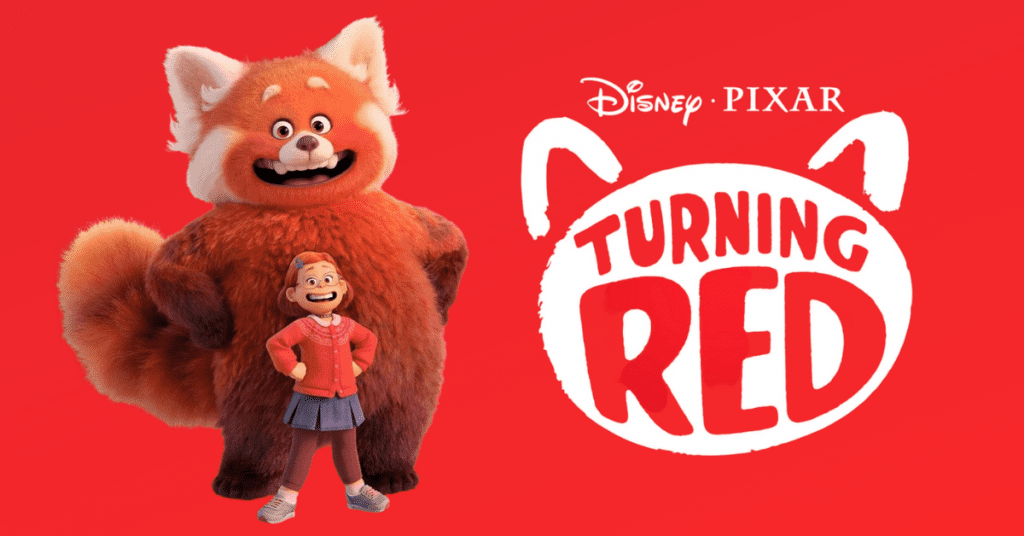 The internet just got its first teaser for Pixar’s upcoming feature film “Turning Red,” and it looks amazing! The trailer opens with 13 year old Mei Mei sitting in class preparing for a lesson. Her friend adamantly passes her a note which reads, “Your mom is OUTSIDE.”

Mei Mei has a typical teenager’s reaction and begins to freak out. This representation is pretty true to life. I know there have been times a parental figure’s presence has put me on edge. Luckily for younger me I didn’t have Mei Mei’s particular problem.

Mei’s mother Ming (voiced by Sandra Oh) is hiding behind a tree when she is approached by security. Being an overprotective mother, Ming causes a scene. She shouts out to Mei Mei to let them know she is her mother, but it’s just too much for Mei to handle. Mei is hyperventilating as she is suddenly consumed by a cloud of pink smoke.

This is where Pixar’s “Turning Red” gets its namesake. At the center of the cloud of pink smoke is Mei Mei, in the form of a giant red panda. Mei’s transformation is akin to that of the Hulk’s. Her transformation explosion forces her furniture and classmates aside.

Following this outburst Panda Mei makes a run for it across rooftops while her mother chases her. The teaser doesn’t introduce much more about the storyline. However, there’s definitely enough to pique someone’s interest. I’m sure it will end up being a heartwarming story, like most Disney/Pixar films.

Pixar’s “Turning Red” is the debut feature-length film from director and writer Domee Shi. Shi has worked at Pixar as a storyboard artist for years. She came into the spotlight back in 2018 with her Oscar winning short, “Bao.” Similarly to “Turning Red,” the short is a touching Asian-inspired animation.

“Turning Red” is set to release sometime in March 2022. I for one am excited at the prospect of seeing it in theaters.