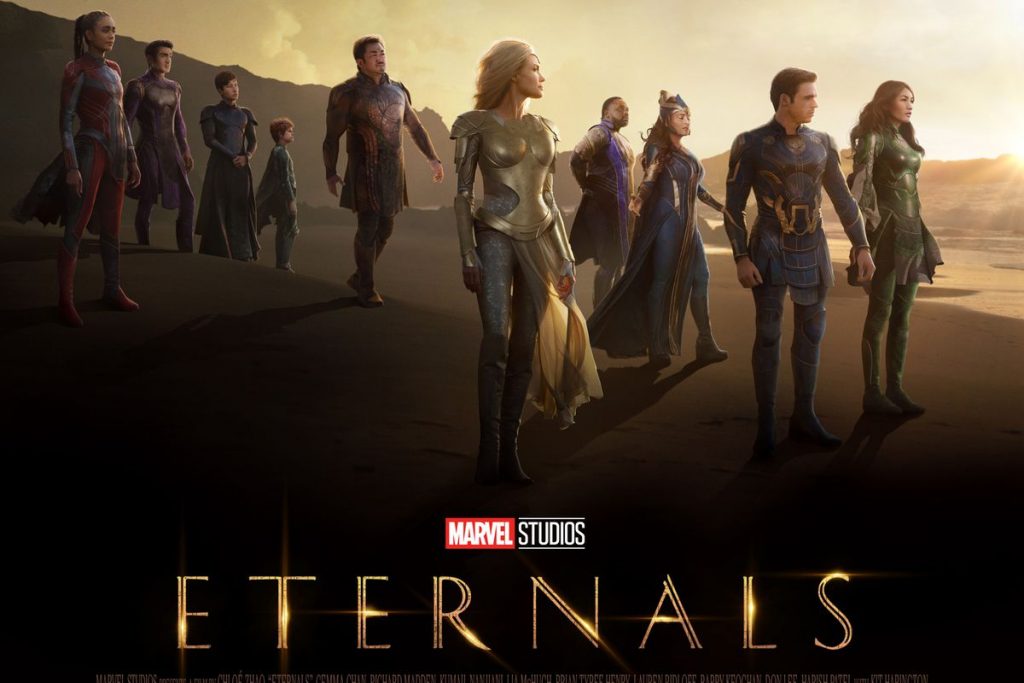 Marvel Studios’ 26th feature film (holy crap) “Eternals” is going to be a test. It’s long, these are characters the average MCU aficionado doesn’t know, and the tone is very different than the previous superhero slugfests. What it is though, is beautiful and ambitious, terms we’re seeing thrown around a lot to describe Oscar winner Chloé Zhao‘s flick.

According to legend, Zhao pitched this film to Kevin Feige and the powers that be at Marvel Studios using photos from Denis Villeneuve‘s “Blade Runner 2049.” We can totally see how that would translate to the film we saw.

“Eternals” really does attempt to boil down a multi-millennia timeline into a more concise story. This, I feel, was a mistake. There is plenty of CGI action for the fans who are here for that kind of thing, and there are some nice character moments, but on the whole, it needed more time to breathe. That’s tough to say about a film that actually runs longer than “Dune,” but, I said what I said.

If instead, THIS story was told via Disney+ and maybe 6-8 episodes? Yes, yes that would’ve been a better use of all these tremendous talents. Audiences aren’t going to care about these new characters the same way they have about the key Avengers team, who we’ve had 10+ years to know and love. This isn’t the fault of anyone in particular, but assuming the average viewer who maybe hasn’t ever picked up an actual comic book to really connect with these new heroes? That’s kind of asking a lot.

Yes, there is representation all over the place with this cast. It’s a shame it’s taken quite so long, as we’re always quick to point out. We have our first deaf superhero (Lauren Ridloff as Makkari), our first Pakistani superhero (Kumail Nanjiani as Kilgo), our first SAME-SEX KISS in a superhero flick/Marvel Studios release (Brian Tyree Henry as Phastos) AND neither of them get fridged! These are big things, and they are not lost on us at all.

I want to go back to the word ambitious, because that is absolutely the theme of “Eternals.” Zhao is trying to tell a lot of story, backstory, and explain why these figures are important moving forward in the MCU. Some of the script is clunky, trying to really make sure audiences ‘get it,’ but instead the massive info dumps come across as ill-serving.

Maybe “Shang-Chi” just really set my expectations too high for what this next chapter of the multiverse was going to be, but “Eternals” left me wanting. Not that I didn’t enjoy it, because I did, and I’ve already purchased tickets to see it again on opening night. (Because I’m not only a critic, I’m also a fan.) But…there was something missing. Whether it was more time with each piece of the cosmic puzzle, more explorations of the grand design hinted at, I don’t know.

The one thing I will warn you of though is a laughable moment that probably isn’t intended as such? We’ve got Kit Harrington and Richard Madden, both of “Game of Thrones” fame, sorta-kinda fighting over a woman, named Sersi (Gemma Chan). Just. Just think about that for a minute, and try not to laugh too hard when you see it in theaters on November 5th, 2021.