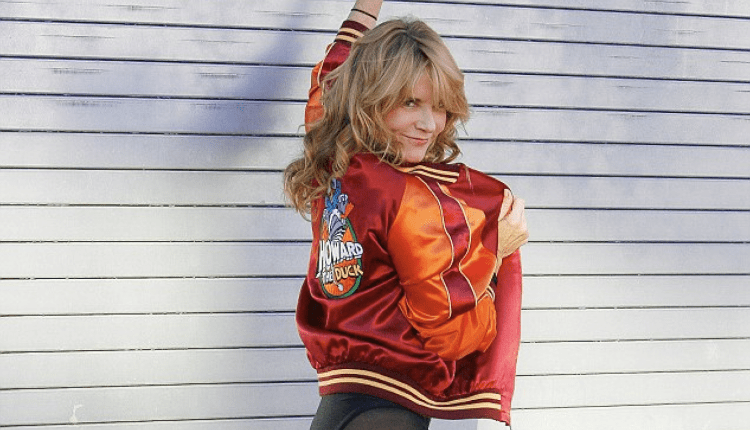 Earlier this year, we had our hopes set way too high when a tweet from the gorgeous Lea Thompson indicated her interest in directing a “Howard the Duck” reboot. Prompted by the first full-length trailer for Disney+’s upcoming animated Marvel Studios series “What If….?” having a blink-and-you’ll-miss-it Howard cameo, Thompson immediately offered her thoughts via Twitter.

The much maligned 1986 film is often considered one of notorious flops of the day, but definitely has a cult classic standing now. James Gunn even included Howard in his “Guardians of the Galaxy” film, and the character started trending again.

But back to Thompson, who is no stranger to directing, with a few episodes of nostalgia heavy series “The Goldbergs” under her belt. While speaking with Inquisitir (yeah, we know the link is broken, but we assure you that was the primary source for this news) shortly after her tweet, Thompson confirmed her plans to pitch a reboot idea to Marvel.

KT: Speaking of ‘Howard the Duck,’ I know you lent your lovely likeness to the comic a couple of years ago, but since he, Howard himself is breaking back into the Marvel Universe in a few cameos, are we going to see Lea Thompson going there any time soon?

LT: Oh my god, from your lips to God’s ears. I don’t know. To tell you the actual truth, I am going to Marvel to pitch ‘Howard the Duck,’ a new movie.

LT: In like three weeks. I want to direct the ‘Howard the Duck’ remake [laughs]. Why not dream big, right?

Many outlets debated whether or not Thompson was joking, but we know she was absolutely serious.

“Joe Quinones did some of the art for the pitch because he and Chip Zdarsky did the last run of Howard the Duck comic books,” Thompson told The Hollywood Reporter. “Chip and I worked together and came up with a really great pitch. Marvel liked the pitch, but they have different plans for the different characters. I still think I could do a really good job because I feel like I am the one who really understands the fans, both of the movie and the cartoon.”

We also know that Kevin Smith had been working on a “Howard The Duck” series for Hulu for quite some time, but the streaming service opted not to move forward with it. Possibly because the character was appearing in Disney+’s series.

We would dearly love to see this project happen, and Thompson is absolutely the right person for the job.

MAKE IT HAPPEN YOU COWARDS.