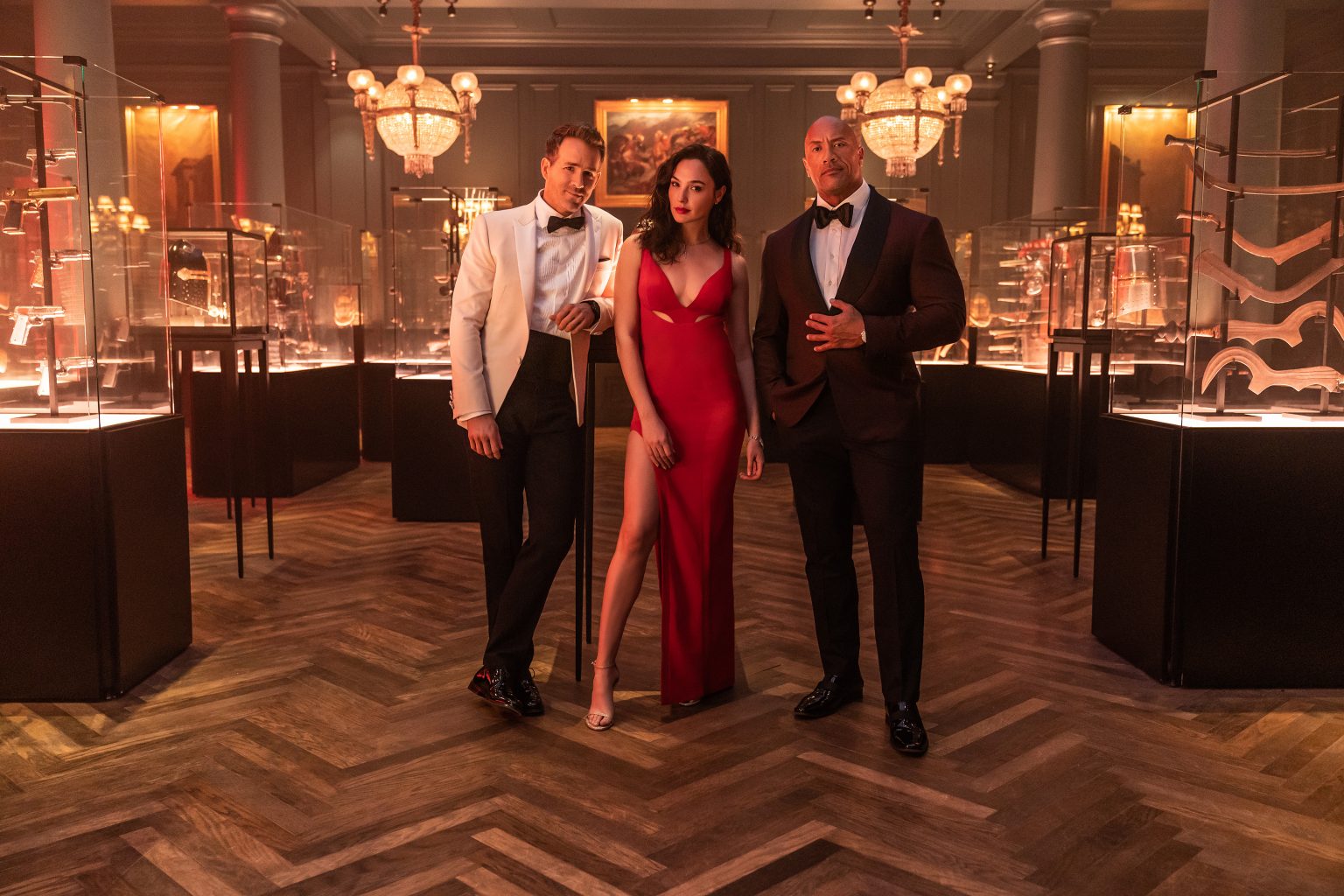 The trailer for “Red Notice,” starring arguably the three of the biggest movie stars in the world right now, has dropped. The art-crime caper stars Dwayne “The Rock” Johnson, Gal Gadot, and Ryan Reynolds. The trailer gives us a closer look at some of the lavish sets. Also possibly awkward buddy comedy moments, and budget burning action.

Reynolds and Gadot play competing art thieves Nolan Booth and “The Bishop” respectively. Johnson is John Hartley, the FBI’s top profiler out to stop them.

“Red Notice” is written and directed by frequent The Rock collaborator, Rawson Marhsall Thurber. The two have previously paired up for “Central Intelligence” and “Skyscraper.” Thurber and Johnson serve as producers, with Johnson’s Seven Bucks Productions also playing a large role.

We last got a peek at the film during Netflix’s TUDUM event in September. There, the streaming giant premiered an exclusive clip of the film.

This latest trailer gives us a look at where the “biggest investment Netflix has ever made in a film” is going to. Along with the release of the trailer Johnson said:

“Here’s what I know ~ Red Notice was my first ever movie on Netflix and I wanted to make it historic, massive and entertaining for the world.”

Considering the film features the stars of “Black Adam”, “Wonder Woman”, and “Deadpool” we can only imagine that talent costs alone account for a considerable portion of that investment.

Netflix synopsizes the film with: ​​”The high-flying adventure that ensues takes the trio around the world, across the dance floor, trapped in a secluded prison, into the jungle and, worst of all for them, constantly into each other’s company.”

“Red Notice” is getting a theatrical release on November 5, 2021. It makes its way to the streaming platform on November 12, 2021.