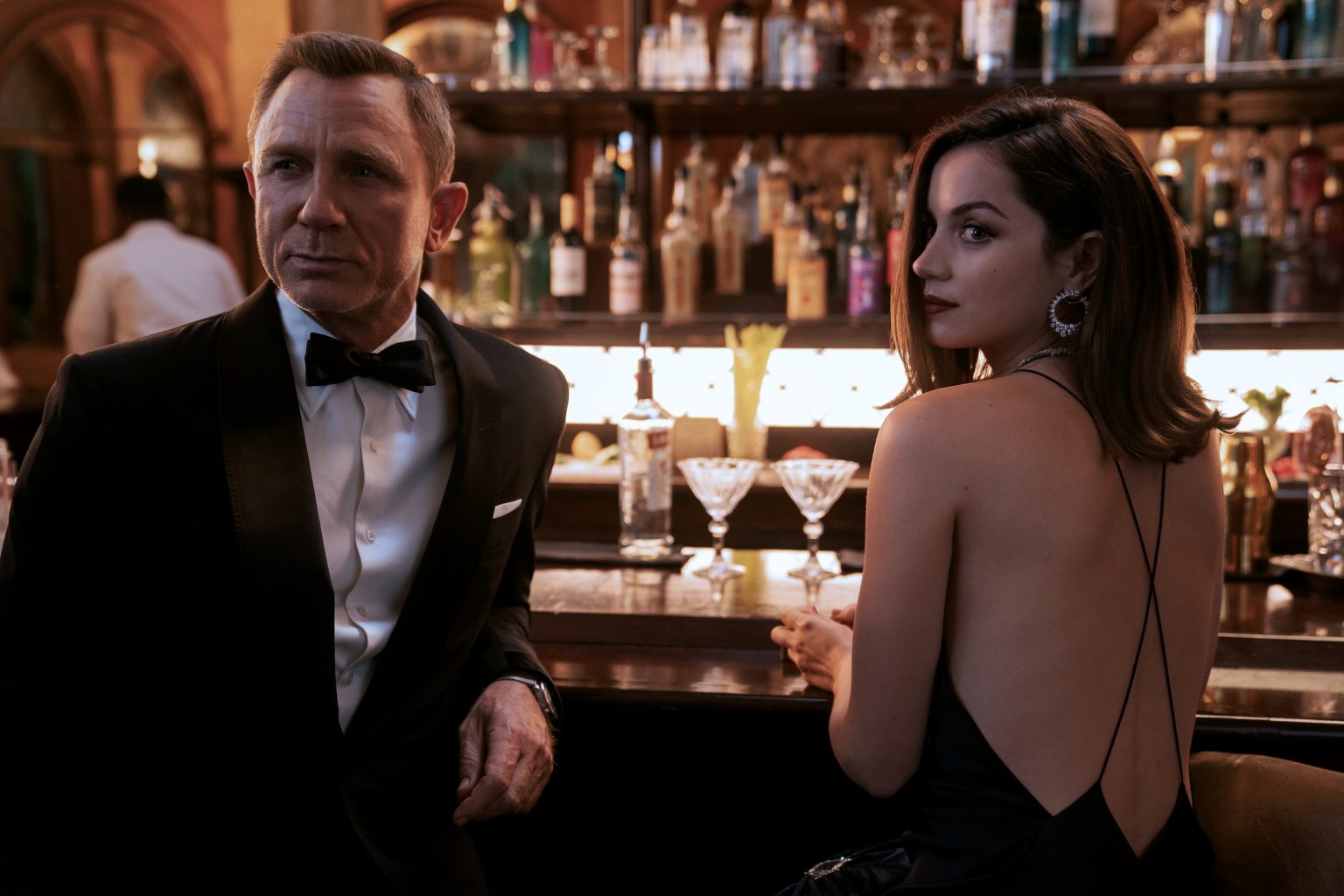 While “No Time to Die” is Daniel Craig’s final outing as James Bond, it doesn’t feel like a flattering sendoff. Unlike prior incarnations of Bond, Craig’s films expect you to have followed a larger meta story spanning over them. Unfortunately said story is convoluted, and quite frankly forgettable.

Five years have passed since we last saw Craig don 007’s tux in “Spectre.” Since then it’s been quite easy to forget the backstory involving Léa Seydoux’s psychiatrist, Madeleine Swann, and Christoph Waltz as Bond nemesis, Ernst Stavro Blofeld.

Blofeld (who oh yeah turned out to be Bond’s foster brother?) and his organization, SPECTRE, had been secretly ruining Bond’s life for years. When we last left him though, Bond had apprehended Blofeld and driven off into the sunset with Swann. One casualty of SPECTRE’s interference was the murder of Eva Green’s Vesper Lynd. Lynd debuted in Craig’s first outing “Casino Royale” and her demise has haunted him since.

We’d say that “Casino Royale” is one of the greatest Bond films of all time, It’s a shame that the subsequent films have been inconsistent at best. “No Time to Die” tries to wrap up many of the strands of plot that have been woven over the last 4 films. Yet it’s also insistent on shoehorning in new storylines. Or even worse, is guilty of trying to loosely tie them into the existing swirl of intrigue).

Returning are Ben Whisaw as Q, Naomie Harris as Eve Moneypenny, Ralph Fiennes and his interpretation of M (no offense to Fiennes but we dearly miss Judi Dench), and Jeffrey Wright as Felix Leiter.

“No Time to Die” does shine in one particular area, with the addition of Lashana Lynch (“Captain Marvel” and “Bulletproof”) as another 00 agent, Nomi. We are guessing that the quality of her scenes has a great deal to do with the inclusion of Phoebe Waller-Bridge (“Fleabag” and “Killing Eve”) as a writer. Of note Waller-Bridge is only the second credited female writer of a James Bond film. The first was Johanna Harwood for “Dr. No” and “From Russia with Love.”

If you are a fan of Waller-Bridge’s distinct style you’ll recognize the scenes which have clearly benefited from her touch. Unfortunately an odd side effect is that it serves to highlight just how dull some of the other moments are.

Lynch’s Nomi is an absolute highlight and we hope to see much more of her in the Bond-iverse. We did love the mini “Knives Out” reunion. Ana De Armas briefly drops into the film in an aggressively underutilized detour of a role. Her quick stint as Paloma, a CIA agent, will leave not just hardcore De Armas stans wondering why she had such limited screen time?

Finally there’s Rami Malek as baddie Lyutsifer Safin. Malek’s inclusion was announced shortly after his Best Actor Oscar win for “Bohemian Rhapsody.” Given Malek’s on-screen history, we were pretty worried the film was going to go full racist Muslim stereotype. Instead what we get is possibly one of the least compelling villains in Bond history. Unfortunately, by trying to cram Malek’s character into the existing jumble only helps contribute to the bloated 2 hour 43 minute runtime. We honestly wish they hadn’t bothered to include him if they were going to make him a glorified set piece.

Other things we will compliment is that the practical action set pieces are definitely there. We respect that director Cary Jojy Fukunaga doesn’t go TOO wild with the overly CG dependent action sequences. Of course we know CG is woven into every frame of the film. Some of the vehicle chases for example feel reminiscent of an earlier Bond time. When you know they were just smashing real cars into each other. Yet for all their octane, the action scenes only register momentarily. We don’t think they’ll rank in the greater pantheon of on screen moments.

So should you see “No Time to Die”?

To be clear, we LIKE Daniel Craig as James Bond. We just wish “No Time to Die” lived up to his potential. So should you see it? Well if you’re already a Bond fan of course you’re going to see this. The film is also definitely wants you to see it in a movie theater. Given the overall lackluster feelings we ended up having towards it, we aren’t pushing hard for folks to rush to see it. Especially if they’re feeling uncomfortable due to COVID. Plus let’s be honest it doesn’t need our help.

As mentioned, “No Time to Die” really does want you to have brushed up on the past 4 Craig films. It is not the most welcoming to those who haven’t. Not being up to speed won’t make the film prohibitively unwatchable. It will likely leave you feeling like there’s a lot of filler.

Lynch’s Nomi gave us a taste of what a tonally (and diversely) rebooted James Bond film COULD be like. We want more of that. Hopefully as we say farewell to the Craig era the Bond team will embrace change.