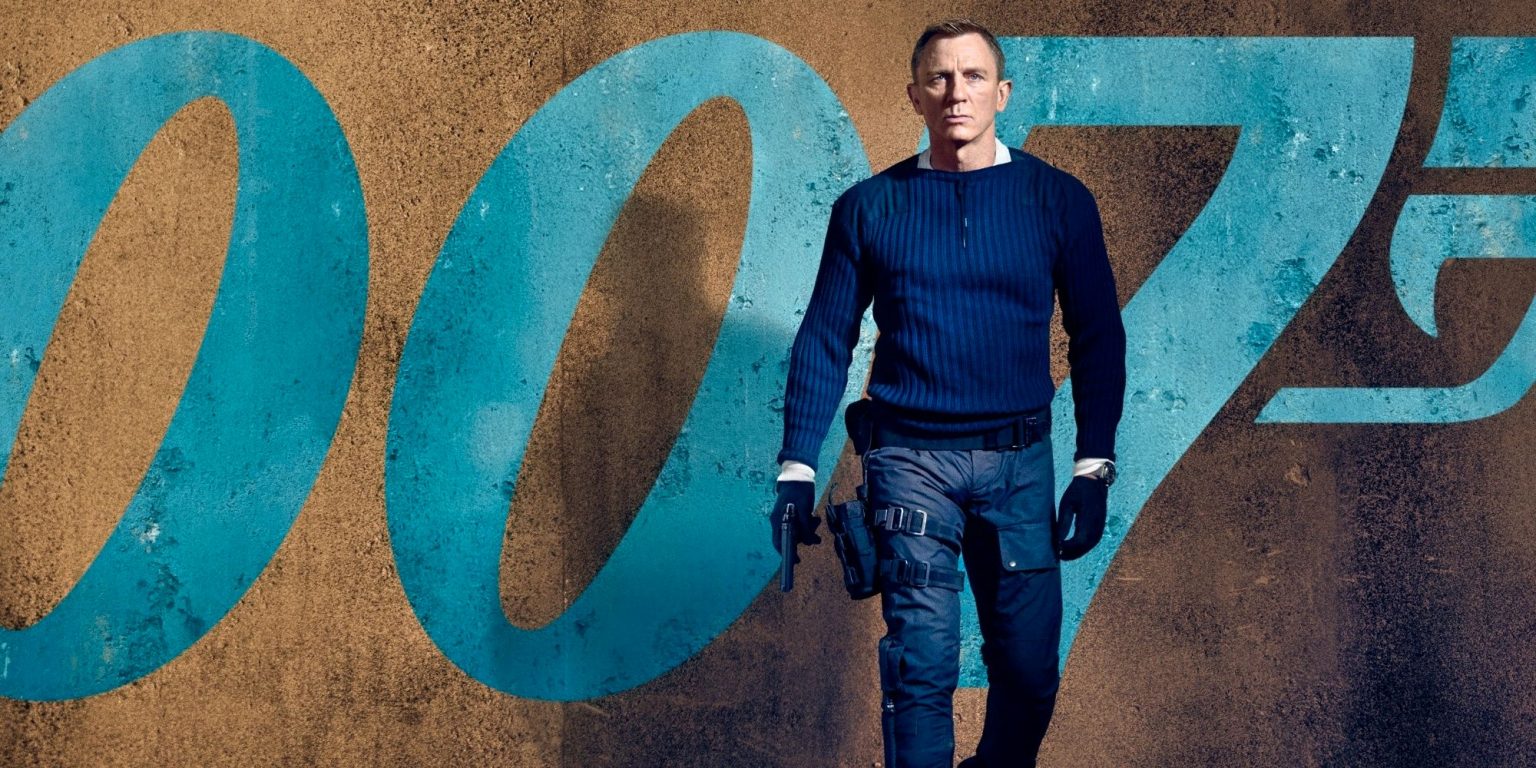 “No Time To Die” Satisfying Send Off, Mediocre Movie [Review]

I need to be very clear upfront; “No Time to Die” isn’t made for me because I’m not just a fan of James Bond. Not just the new, 15-year long run of Daniel Craig either. I mean the whole anthology of 007 simply doesn’t resonate with me. I know, I know, what’s not to like? A wisecracking, pun fueled super-spy with a collection of gadgets, an affinity for boozing, exotic locations and beautiful women who all want to sleep with him, and armed with a British accent and a license to kill. This should be the culmination of just about everything I could ever want in a hero, and yet none of it has ever really stuck with me as a film franchise (anthology or interconnected) and I’ve grown to accept that super secret agent man simply isn’t my kind of jam.

It’s important to establish this up top because “No Time to Die” is problematic on a lot of levels, and even more so for casual movie goers who aren’t going to do a deep dive into the last 15 years of James Bond outings. This *IS* a worthy send off to Daniel Craig’s long run as the titular character, but traps itself by desperately trying to connect itself to previous entries and crumbles under its long run time and messy narrative.

The film is written and directed by Cary Joji Fukanaga of “True Detective” fame (the good season), as well as feature film new comer Pheobe Waller-Bridge (“Fleabag,” “Killing Eve“), and Craig series regulars Neil Purvis and Robert Wade. I’m a big believer in the concept of less is more, especially in a feature film writer’s room and the disjointedness and conflicting voices rear their ugly head here in “No Time to Die.”

You can feel the disconnected ideas as the film moves along, and though you can’t really identify who did what, it’s clear that 4 people writing one Bond movie is one too many hands in the cookie jar. Waller-Bridge seems to be trying to humanize the characters while Fukanaga is trying to add the weighty drama to the material to match the stunning visuals while Purvis and Wade seem to not want anything to happen that isn’t somehow connected to the previous entries.

That is perhaps one of the biggest problems that plague “No Time to Die.” Yes, the film is meant to be THE conclusion to an era, and while it succeeds in feeling satisfying and worthy for Craig, if you haven’t watched “Casino Royale,” “Skyfall” and “Spectre” very recently, you will quite literally have no idea what the hell is going on. Seriously, this film feels more like “Spectre 2: Electric Boogalo” than its own film, heavily reliant on events even the most diehard of fans barely remember.

I get it, you’re wrapping up the long run of Daniel Craig, but the film falls victim to redundancy and franchise folly. You’re not the MCU, Mr. Bond. The backwards compatibility of putting connection first, good film second weighs the film down overall, making it inextricably tied to previous entries, some of which barely register on the importance or quality scale for both casual viewers and 007 fans alike.

This is really the main aspect that holds the film back tremendously. It’s beautifully filmed, and while Fukanaga demonstrates a keen eye for action set pieces and sweeping landscape shots, he’s held back by the need to make “No Time to Die” look and feel and literally BE another retread entry into this long running idea. See, “Casino Royale” sticks out because regardless of how you feel about it, the film reinvented the way we think of 007. It was original and unique, and was poised to usher in a new era of action films all while breathing new life into an old spy. The problem is that by the time we get to “No Time To Die,” all of the entries since have ended up feeling indistinguishable from each other. They all tell the exact same story will little variation in plot and purpose. If you don’t believe me, take the last four villains excluding “Quantum of Solace” and tell me what’s different about who they are and what they’re trying to do. You could quite literally take any villain from any of the five Craig films and drop them into any of their connected films and it wouldn’t change anything. Go ahead, try it. I’ll wait.

Even thought I am admittedly an outsider looking in, you can’t help but long for the days of cheeky, campy, self referential fun that has long been a staple of Bond and his antics. I get it, the character himself is problematic no matter how you spin it, but rooting him in grit and realism has waned overtime with its return on investment. “No Time to Die” is the perfect example of how much we miss the ridiculousness of impossible gadgets, bad puns and dad jokes. This is perhaps most notable with Ana De Armas‘ brief appearance. She shows up for maybe 30 seconds more than she’s shown in the trailers, but is absolutely delightful every second on screen.

She’s cheeky, unassuming, and clearly having a blast being a Bond girl. She is the lynchpin between worlds even with only 5 minutes of screen time. She takes us back to the more fun Bond while never diminishing any of the grounded reality the entire franchise has been rooted in. I can’t stress enough how wonderful she is. She literally pops onto the screen, dazzles with every frame, and then disappears entirely and leaves viewers wishing she would show up again.

That’s not a knock on Layshana Lynch’s performance as 007- new brought in the replace the old- but rather a knock on “No Time To Die” refusing to making the most of their best assets and desperately trying to connect anything and everything to previous films.

This is most apparent in the villain played by Rami Malek, who’s so generic and uninteresting I can’t even tell you what his name is. I think he wants to poison the world or something because some guy killed his family and that guy did something in a previous movie that has more connection to another previous movie and even though we’ve never, ever heard of the Poison Gardens, you should definitely believe that a mysterious family killed by Spectre has a maniacal son who carries on the legacy and has a bone to pick with Bond, but not really. If that sounds complicated, it’s really not. It’s just muddled by its lackadaisical writing and poorly executed motivations.

There are things to enjoy in “No Time to Die.” De Armas is absolutely a highlight, Lynch is underutilized but still makes a case for being here and owns the whole crumbling of fragile masculinity with gusto and purpose. She’s a great 007 as an antithesis to Bond, and honestly deserves more screen time here. Actually, all of the women deserve more screen time, and Malek (who I can’t decide if I just don’t like altogether or don’t care for how he’s written here) should be given more to do than a checklist of “How to make an unremarkable Bond Villain bent on world domination.” Side note: he also has a creepy white mask that he wears for all of two minutes and could’ve been this terrific villain plot device moniker that he consistently wears to strike fear into the hearts of his enemies, but no. He uses it once and then literally never ever wears it again. Like anyone that could make the movie better, “No Time to Die” wastes every good character and opportunity to make a better film. Instead, it’s simply ANOTHER knock off of its own franchise reimagining, flirting with the idea of spy silliness instead of owning it.

“No Time to Die” feels purposeful in its send off for Daniel Craig, and at the very least the conclusion to his run is handled with care. Everything else though is a mess, and everyone involved is boxed in by the confines of its own creation. Fukanaga is a fabulous director who understands action, set pieces, and perfect use of one shot takes on a stairwell (equipped with THE best James Bond pun), and Craig is clearly having a better time than he did 6 years ago. Lynch and De Armas and even Malek are doing the most with what they’re given, and there is a lot of potential that “No Time to Die” squanders away for less interesting plot points. The film would be better to exist as a standalone Bond outing first, a franchise conclusion second. Instead, it puts all the things you don’t remember front and center and makes it inaccessible to causal film goers. I can’t stress enough how reliant this film is on previous entries. I literally had to lean over and ask my friend, “who’s Madaline?” (Léa Seydoux reprising her role from “Spectre“) and he gave me the “Bond in 60 Seconds” rundown just so I could follow along with what’s going on.

That’s a big ask of any movie goer, even those who spent 12 hours watching the previous Daniel Craig Bond movies. “No Time to Die” has a lot of potential boiling under the surface of whatever it is we end up getting. It definitely succeeds in concluding the Craig story, but the journey to get there is messy and frankly kind of boring and uninspiring. Unfortunately, no amount of glitz and glamor that Fukanaga brings the the action and practical stunt work can make up for its flaws. While the film has moments (like De Armas, god I love her so much) that almost make you forget the flaws, it is too imbalanced to overcome those hurdles.

It may be a worthy send off for Daniel Craig’s last ride as Bond, but it’s a mediocre spy thriller at best, unable to escape its own franchise pitfalls and not highlighting enough of its strengths to be worth watching. Not to get too punny, but there’s more than enough time to die for this Craig franchise, and “No Time To Die” is more of a nail in the coffin than a celebratory wake.

“No Time to Die” is now playing in theaters world-wide.