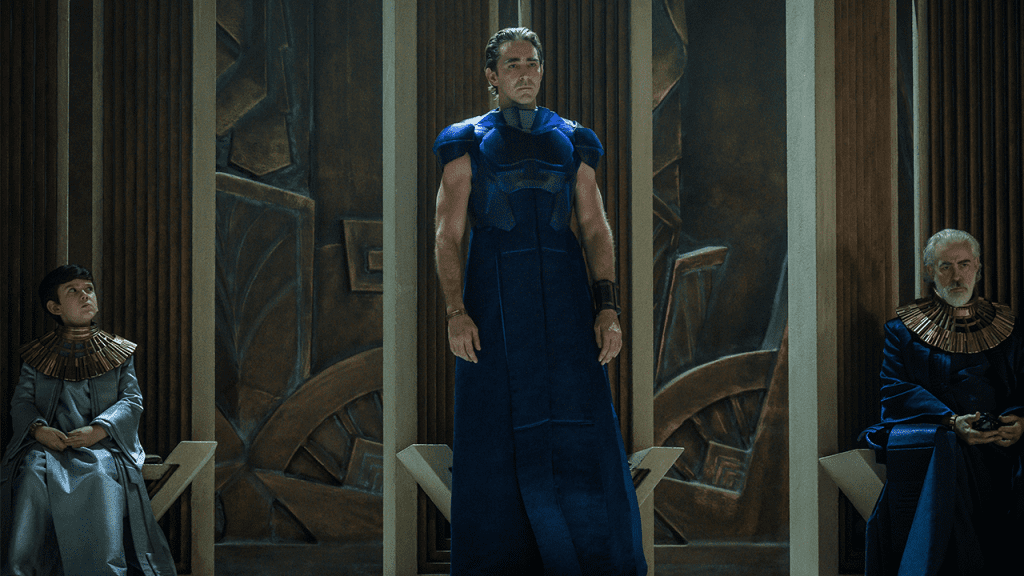 One of our current deep sci-fi obsessions is getting a second season! Apple TV+ has opted to renew “Foundation,” based on the works of the great Isaac Asimov. If you’re looking for an uber intelligent universally vast television series to lose yourself in, we highly recommend it.

Starring Lee Pace, the series chronicles a technologically advanced society coming to the reality that a collapse is imminent. Authorities set as deities clash with the civilization’s leading scientific mind (Jared Harris), leading to all kinds of problems for everyone.

Showrunner (and literal kid in a candy store on this project) David S. Goyer said:

“Since my childhood I’ve dreamed of how Hari Seldon and Eto Demerzel would look and sound — what Terminus and Trantor would feel like. Now, with season two, our audience will get to visit more of Asimov’s indelible characters and worlds, including Hober Mallow, General Bel Riose, and all the Outer Suns. I’m thrilled that a whole new generation of fans are reading Asimov’s brilliant masterwork. We’re playing the long game with ‘Foundation’ and I’m grateful to my partners at Apple and Skydance for entrusting me with this epic. Buckle up. We’re about to fold some serious space.”

Perhaps one of our favorite bits of trivia about the series is Goyer’s ‘one sentence pitch’ to get the show picked up. “It’s a 1,000-year chess game between Hari Seldon and the Empire, and all the characters in between are the pawns, but some of the pawns over the course of this saga end up becoming kings and queens,” he reportedly said.

Head of Programming for Apple TV+ Matt Cherniss said of the renewal:

“We have been so excited to watch global audiences embrace the captivating, suspenseful and breathtaking thrill ride that is ‘Foundation.’ We know how long fans of these beloved Asimov stories have waited to see his iconic work brought to life as a visually spectacular event series and now we can’t wait to showcase even more of the richly layered world, compelling storytelling and stunning world-building in season two.”

Needless to say, we are pretty damn excited for this news. “Foundation” is only 3 episodes in to it’s 10-episode first season. You can catch it exclusively on Apple TV+.