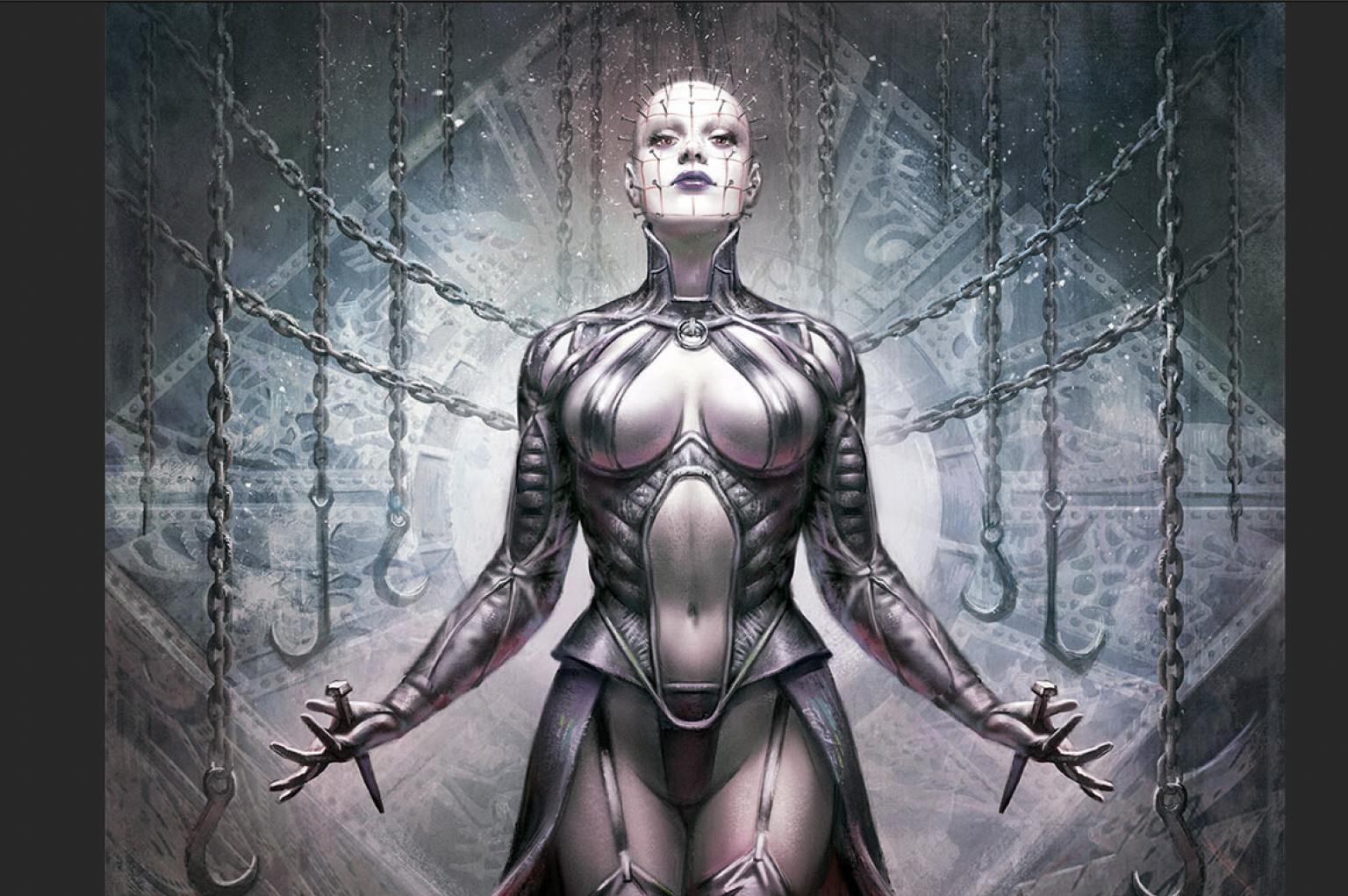 We are pretty damn delighted to reveal that the upcoming “Hellraiser” reboot from Spyglass and Hulu has added a FEMALE Pinhead! This is one of those things we kind of always hoped would happen, but our love for Doug Bradly, the original Pinhead, knows no bounds.

Principal photography has just wrapped on the film, prompting the casting announcement.

Jamie Clayton (“The L Word: Generation Q,” “Sense8“) will be taking on the iconic role.

Perhaps the most exciting part of this project is that original franchise creator/director and master of horror Clive Barker is involved as a producer. He’s joined by Marc Toberoff, as well as Phantom Four’s David S. Goyer and Keith Levine. As we previously reported, David Bruckner (“The Night House”, “The Ritual,”) is directing from a screenplay by Ben Collins and Luke Piotrowski (“The Night House,” “Super Dark Times”), with story by Goyer.

“Having seen some of the designs from David Bruckner’s new ‘Hellraiser’ film, they pay homage to what the first film created, but then take it to places it’s never been before,” Barker said about the project. “This is a ‘Hellraiser’ on a scale that I simply didn’t expect. David and his team are steeped in the story’s mythology, but what excites me is their desire to honour the original even as they revolutionize it for a new generation.”

We don’t have a release date for the project yet, but we’re assuming to hear more about it soon.