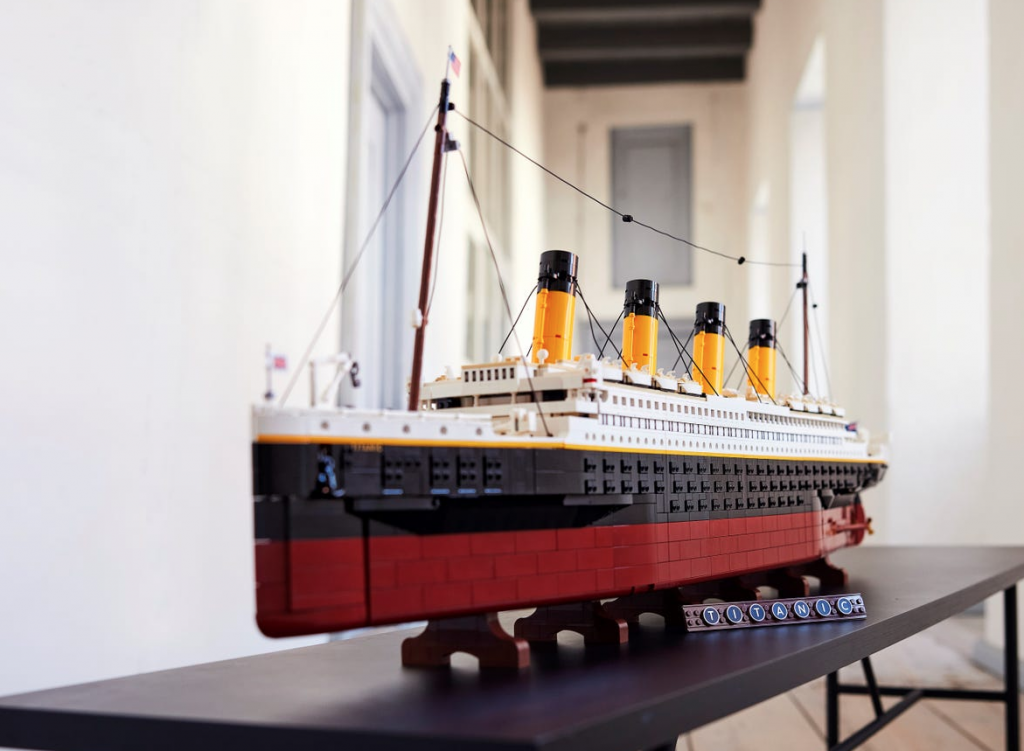 Get ready to sink some hours into building the Titanic, because LEGO has just announced a set of  the RMS Titanic. Sadly no, there is no iceberg included.

Inspired by the ship of dreams, the set has a whopping 9090 pieces. It also currently occupies the role of “Largest LEGO set ever created” (as of 2021). Clear your decks because you’re going to need the space for the set, which when fully built measures 18” x 7” x 54” (that’s nearly a whopping 4 feet long….)

The LEGO Titanic is a faithful recreation of the original, and is at 1:200 scale. Check it out:

It will divide into three sections in order to display the interiors. One of the cross sections displays the historic grand staircase, boiler room, and more. You’ll also be able to raise the anchor and adjust the mast lines. There are also lifeboats, though up to you if you want to only save women and children minifigures first.

They are suggesting the set for ages 18+ and only for those with a colossal amount of patience. Okay we are the ones suggesting patience, but still, have you ever tried to build a several thousand piece LEGO build? We have and speak from experience.

Once released this will also make the top ten list of LEGO sets with the most pieces. Coming in at #2, and will be beating out the LEGO Colosseum which has a paltry 9036.

The set with the most pieces remains the LEGO Art World Map with 11,695 pieces.

We aren’t sure what’s naut to love about this massive LEGO set.

Will  you be taking on this enormous LEGO Titanic build?