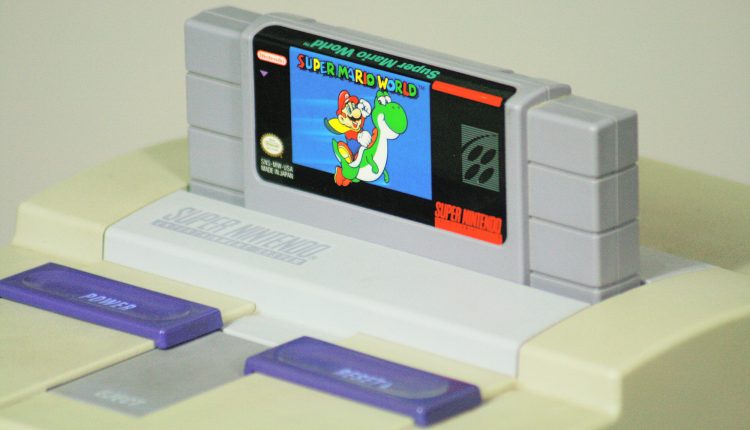 That’s right, Super Nintendo is turning 30! And what better way to celebrate than to share our top 3 favorite games for the system? Along with, of course, a little background info.

The Super Nintendo was originally released in Japan in 1990 under the name Super Famicom, and made its way here to us in North America in 1991. Retro gamers know it as one of the very best retro gaming systems ever made, with a massive catalog of games such as “Super Mario World,” “Donkey Kong Country,” and yes, even “Ms. Pac-Man.”

But, what are some of our favorite releases for the platform? We’re so glad you asked!

The Legend of Zelda: A Link to the Past

“Link to the Past” was the first “LoZ” game released on the Super Nintendo system in 1991, and the 3rd in the series. So there was a lot of pressure on this game to be great, and great it was. The art is more cute and stylized, the music is catchy, and the adventure is addicting. We can’t tell you how many hours we spent scouring dungeons and traveling back and forth through time in this game. And we keep coming back to it, even all these years later, to save the princess, one more time.

“Chrono Trigger” was released in 1995 and served as a first Japanese role playing game (JRPG), for many North American fans. This game is as close to perfect as a game can get. True, like Link to the Past, you save a princess and travel through time, but there is so much more to this game. The characters you meet and befriend throughout the game have amazing, fleshed out backstories (even the bad guy!), you get to explore the areas through many different points in time (from cave man days, all the way into the far future), the soundtrack is incredible, and there’s really so much to do, that you can come back again and again and never get bored.

As it always does, Disney had to dip its hands into the proverbial pot, and that they did with a whole slew of video games, but there was something about this one in particular. It was actually really, really fun. Between the farting noise enemies make when they get hurt, the various strategies required to beat each boss, and that fun *Disney* music, they really had a winner with this one. Kids in the 90’s could choose to play as either Mickey or Minnie to beat some circus baddie butt, and it was honestly way more fun than it had any right to be. And you could even change outfits! Why was this game so darn fun?!

Happy 30th birthday to one of the greatest video game systems around! If you have a Super Nintendo, dust it off and play some of these great games to celebrate!

Disney Teases Splash Mountain “The Princess and The Frog” Updates