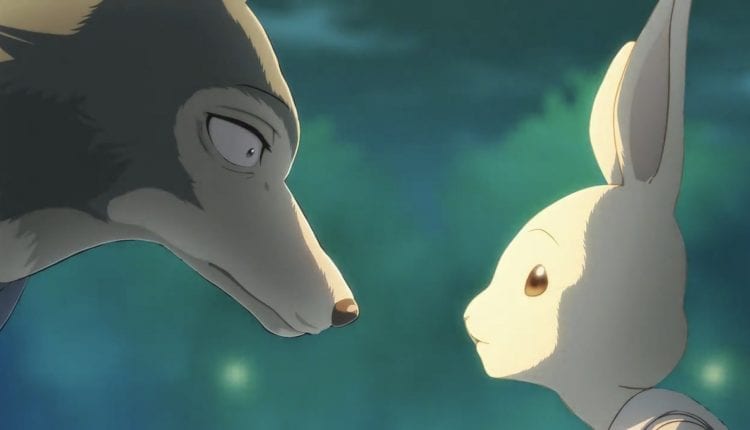 July 15th saw the US release of the second season of our favorite furry series, “Beastars“, and it was a wild ride.

We pick up shortly after the events of last season, and are quickly reminded that there is still a murderer on the loose. It’s because of this that we are introduced to the new security guard, Six Eyes, the rattlesnake, and she has a lot of faith in Legoshi to solve the mystery of Tem’s devouring.

Along the way, we meet a handsome yet cocky new goat, we find out that Louis has become the new head of the Shishigumi crime syndicate, and Legoshi shaves off all of his fur and becomes a vigilante to save carnivores from meat addiction. Oh, and of course we find out who devoured Tem.

The new season of Beastars is really engrossing, with its nonstop mystery and action and its trademark jazzy soundtrack. My only complaint is that the ending is a little lackluster, if you’re a hardcore Legoshi/Haru shipper. But everything else wraps up nicely, with a nice little bow.

The entire Beasters series is available to stream now on Netflix!

Why You Need To Be Watching “Tokyo Revengers” Anime

Mary Anne Butler May 26, 2022
The day has finally come, and Star Wars Celebration Anaheim is officially off and running. The first big panel…
Movies & TV