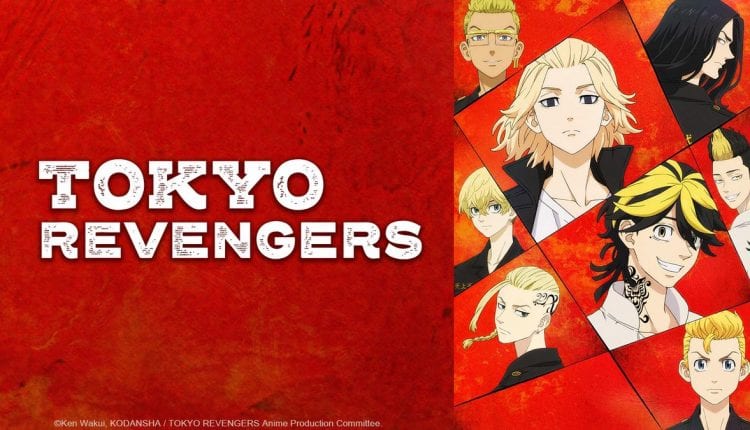 Why You Need To Be Watching “Tokyo Revengers” Anime

If you love anime, then you’ll want to check this one out. “Tokyo Revengers” premiered last April, and since then, I’ve been hooked. This is an ongoing series and I fully recommend you taking the time to watch it. At the time of this writing, it now has fifteen episodes, and should wrap up at about 24 for the first season.

Takemichi Hanagaki is a freelancer that’s reached the absolute pits of despair in his life. He finds out that the only girlfriend he ever had, in middle school, Hinata Tachibana, had been killed by the ruthless Tokyo Manji Gang. The day after hearing about her death, he’s standing on the station platform and ends up being pushed over onto the tracks by a herd of people. He closes his eyes thinking he’s about to die, but when he opens his eyes back up, he somehow had gone back in time 12 years. Now that he’s back living the best days of his life, Takemichi decides to get revenge on his life.

One of the biggest draws to any anime is seeing a character you enjoy grow. That growth can be power ups or personal realizations. In this anime Takemichi grows as a person where you will get to see him have internal conflicts over what to do. Everything rests on this characters shoulders so you will become invested in what he does.

The reason this starts is that Takemichi realizes what a treasure his ex girlfriend really was and he wants to protect her. After realizing that he’s able to travel back and fourth in time to the day 12 years backwards and forwards he sets out on a path to change the current future. The one where Hanagaki was killed by the Tokyo Manji Gang. He also sees other friends do terrible things in his current future and wants to make their lives better. He’s central to all of what goes on in the Tokyo Manji Gang in the past whether he realizes it or not. This second time around he tries his best to manipulate situations so that things turn out good for everyone involved. Well except the Really Really Bad Guy…

This show has a time travel dynamic that I’ve never seen before. It revolves around a friendship that is made in the past which he doesn’t realize is important until he comes back to the future for the first time. There he meets the character that through his past influence, was set on a path to become someone who will help him now.

The characters are sympathetic!

Though the future Tokyo Manji Gang is responsible for Hanagaki’s death the Tokyo Manji Gang of the past is nothing like that. Takemichi has to try to put together what went wrong for the gang to devolve into what it now is. Run by a character named Mikey and his best friend Draken(my favorite) the gang has pretty pure intentions in the past, for a gang anyhow. Takemichi becomes part of the in group with the gang and we get to know all the characters in it. Usually this is pretty important for a shounen that you can connect to the characters. In this anime you will find it easy to not only connect with them but you’ll find yourself really wishing them the best.

This is one show that I have to say really keeps you interested. Sometimes in life while watching an anime with recurring episodes you tend to drop off the bandwagon. I’ve been consistently excited about this every single week. Some episodes leave you at a cliff hanger and others just drop an interesting morsel of information and end. I have to say those are my favorite types of episodic shows. The ones that make you say “WHAAAA?” at the end and then leave you hungry for more. If you’re like me in that respect, you’ll love this show. It will leave you on the edge of your seat and your heart leaping out of your chest!

This is definitely a must watch for you. This anime is a wild ride you wont want to miss out on.

“Tokyo Revengers” is now airing on Cruchyroll with new episodes every Friday. If you want to watch the Japanese subtitled version it’s under the S2 category which Crunchyroll will sometimes do to differentiate between the concurrent dubs. Otherwise it’s also in English up to episode 8.

Amazon has all of the “Tokyo Revengers” manga up to the current English issue. There are 21 issues, available on Amazon now.