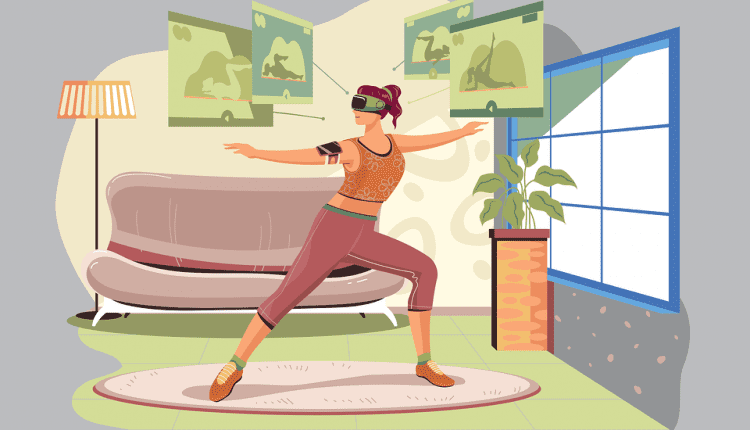 Are You A Pro Gamer? Here Are 3 Ways to Stay Healthy and Competitive During Long Gaming Sessions

Fitness is generally seen as antithetical to being a pro gamer. People generally associate gamers with having a sedentary lifestyle, poor eating habits, and a lack of sleep. It’s even been classified as “Gaming Disorder”. This might be true for a lot of gamers, but it doesn’t have to be. There are definitely ways to combine your love of gaming with a healthy lifestyle, and I’m not going to tell you to just “go for a walk outside”.

You can get in pretty good shape without wandering more than 10’ feet from your couch, it just takes a bit of creativity. In this article, I’m going to share with you 3 great ways to stay healthy and even boost your brain activity, so that you have a much better focus on winning the tournament prize.

Eat healthy and feed your mind

The rumbling in your stomach during a long gaming session tells you to eat something, so you microwave a couple of Hot Pockets and wash it down with Mountain Dew. Well now you might feel less hungry, but you’ll certainly be suffering an energy crash in 20 minutes.

Food isn’t simply about nourishing our body, our moods and ability to concentrate also depend a lot on what we eat. If something about your gaming session feels “off”, like your reflexes aren’t up to par or you’re getting extra-annoyed at dying, consider exactly what sort of foods you’ve been eating. You can check out a more in-depth guide to the best emergency food supplies for those late night’s of gaming.

We all know we should be eating our fruits and vegetables, but there are a lot of foods that feed our brains just as much as our stomachs, and the ability to focus is highly important to pro gamers.

Some recommended foods for boosting your brain health:

A plate of pita bread, hummus, and some chopped veggies is way more delicious and nutritious than a bag of Doritos!

Use respawn times to quickly exercise

If you play MOBAs or MMORPGs, chances are you spend a lot of time dead, waiting to respawn. In League of Legends for example, it can take anywhere from 2 minutes to 15 minutes for players to respawn from death, depending on how long the match has been going on.

Sitting for long periods of time is unhealthy, and physical activity actually increases blood flow, leading to increased concentration and alertness. So while you’re waiting for your character to respawn, why not use those five minutes to get in a few sets of pushups or jogging in place?

Your mood and concentration will surely improve, and you won’t be sitting there cursing at your screen while waiting to get back into the gameplay. Even if your team ends up losing the game, you’ll be winning in the max reps and muscle gains department!

Take care of your wrists, hands, and eyes

It’s no secret that hardcore gamers are at an increased risk for joint pains, strains, and arthritis. The former team captain of esport champions Cloud9, Hai Lam, suffered wrist and shoulder problems that forced him into retirement, and several other notable esport gamers have had similar situations. In fact, many health organizations have been calling for esport organizations to consider sports medicine protocols.

The fact is just because you’re sitting down doesn’t put you at lesser risk for injury. Gamers are constantly using their wrist and snapping them around at all sorts of angles, to line up the perfect headshots. This is why wrist braces for gamers have become relatively more common, as they help to alleviate RSI (repetitive strain injury) pains.

Staring at a screen for too long can also negatively impact your eyes. I’m not going to tell you that you’ll go blind, because that’s simply a myth, but blue light emissions will lead to increased eye strain and fatigue, causing blurred vision and headaches. Your RGB light setup probably isn’t helping either.

You can wear a pair of eyeglasses that reduce harmful blue lights, without any reduction in color clarity. Alternatively you could just use the Night Light setting on your computer, which is already built into Windows 10.

Being a pro gamer doesn’t have to be synonymous with “out-of-shape sedentary lifestyle”, not in the least bit. As long as you’re mindful and take proactive measures to exercise during breaks, eat better foods, and pay attention to aches and pains in your body, you can have Level 90 Fitness in-game and in reality as well!