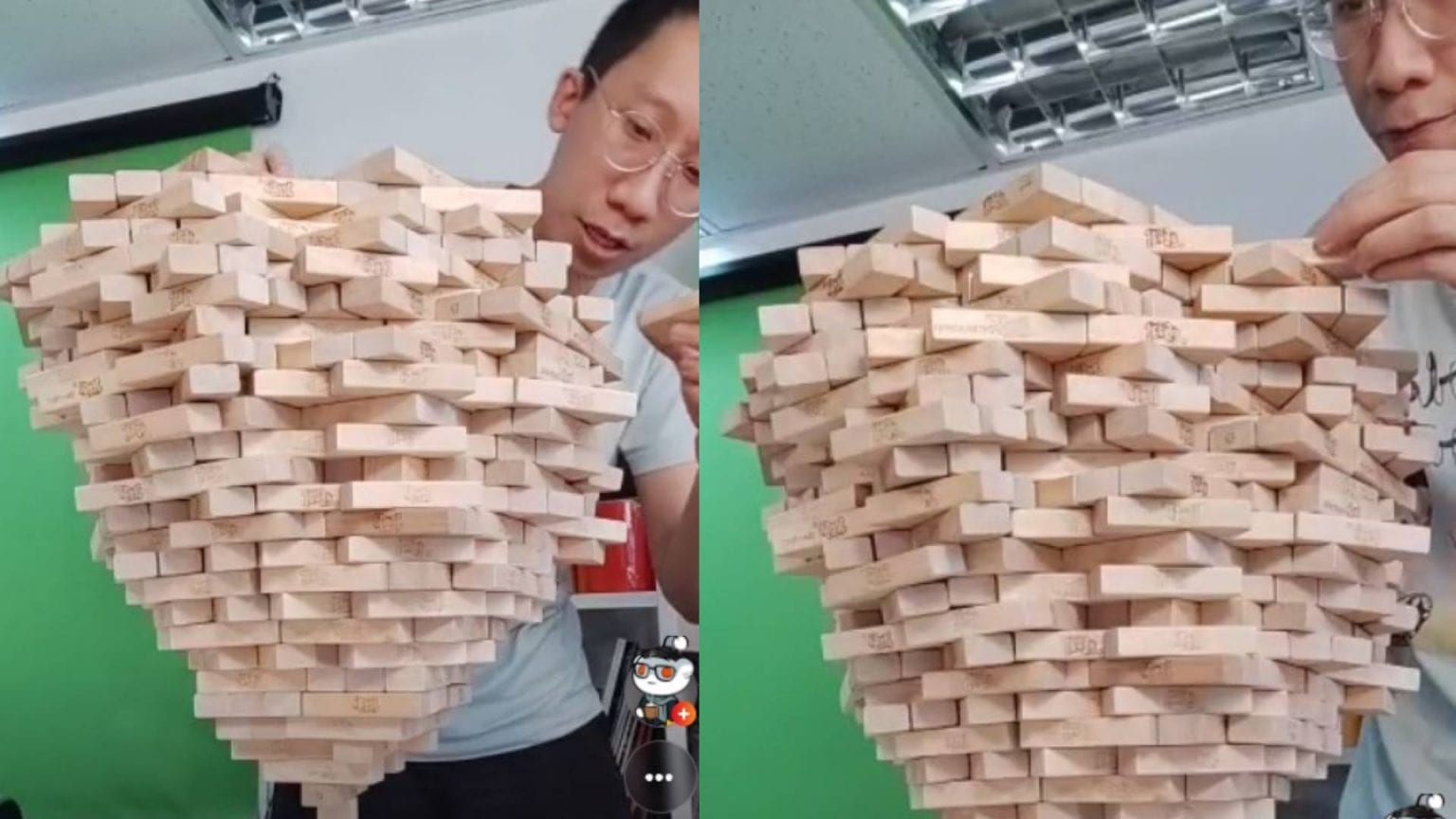 Kelvin the Menga Man has broken his previous records for how many Jenga blocks could be placed upon a single one. He originally stacked 518 then 1,002 and now a whopping 1,512. To say this takes patience and balance is an understatement.

Kelvin posted his work on Reddit under their username u/Kelvin214. He livestreamed the attempt on his twitch channel Menga_TV, but while building, gravity took over.

The Jenga creation ended up falling, and you can see he got a bit emotional after putting in so much work. But, he pushed on and reached his goal! While he wasn’t able to build it on a livestream, he was able to show off a video of himself beating his own previous record on video.

Probably the coolest part of the video is seeing his heart rate monitor jump up and down as you can see he gets stressed about the placement of the blocks. We’re excited to follow him as he tries to beat his own record again and again.

Pick up your own classic Jenga bricks and try your hand! There’s also this GIANT set.