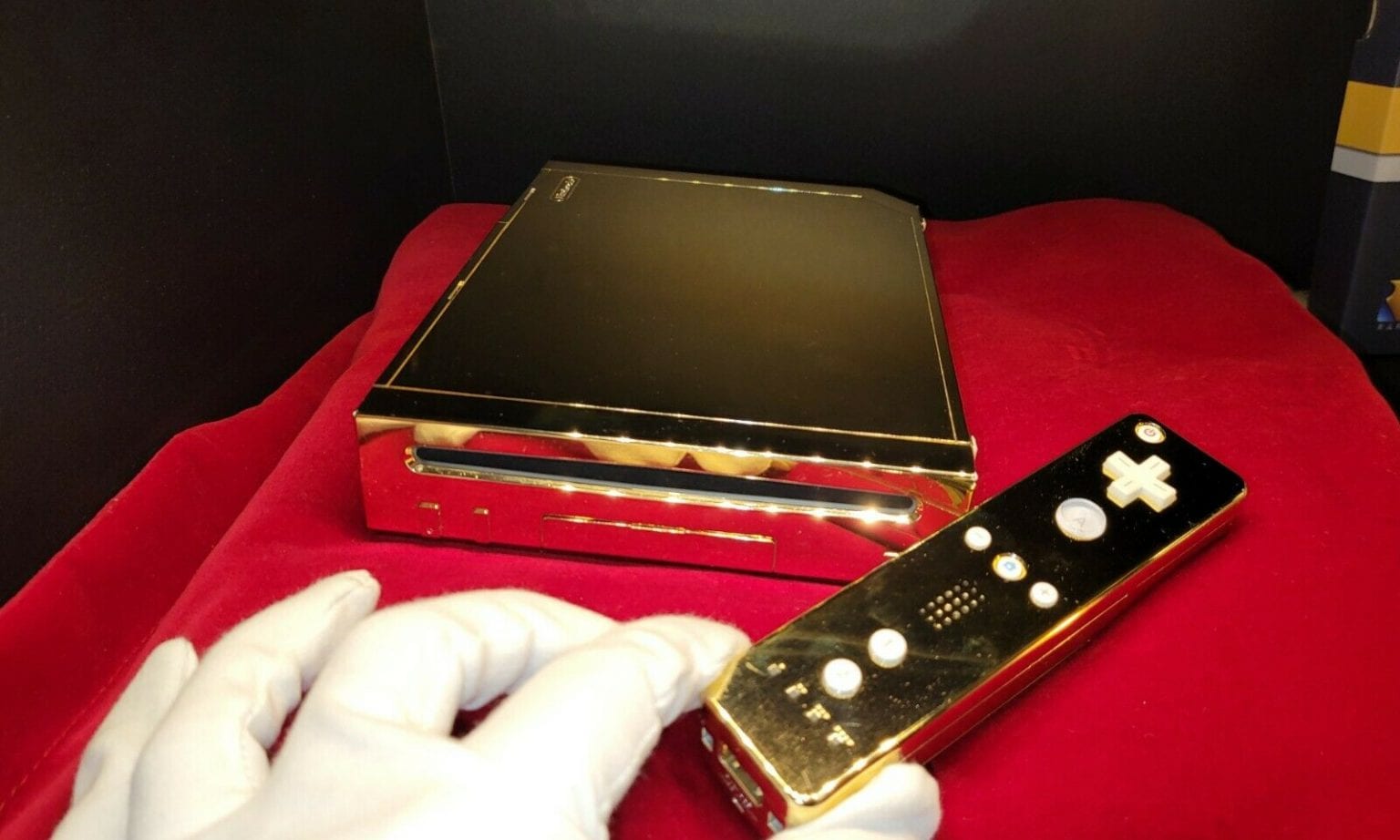 2009 was wild wasn’t it? Do you remember that publicity stunt where someone commissioned a 24 karat gold Nintendo Wii to present to Her Royal Majesty Queen Elizabeth II? No? Well, even if you don’t remember, here is your chance to own a piece of history.

The Royal Wii is now up for sale.

The console has a starting price on eBay of $300k. Donny from consolereservations.com says that it was created as publicity for a game that was coming out. It was actually given to Buckingham Palace as part of a promotion for Big Family Games, though it is doubtful that it was ever received by the Queen herself. He has an interview up on the site that he’s a part of explaining more about the sale and his decision to post it on eBay.

Check out the listing on eBay here. We’re watching and waiting to see how much this ends up selling for.