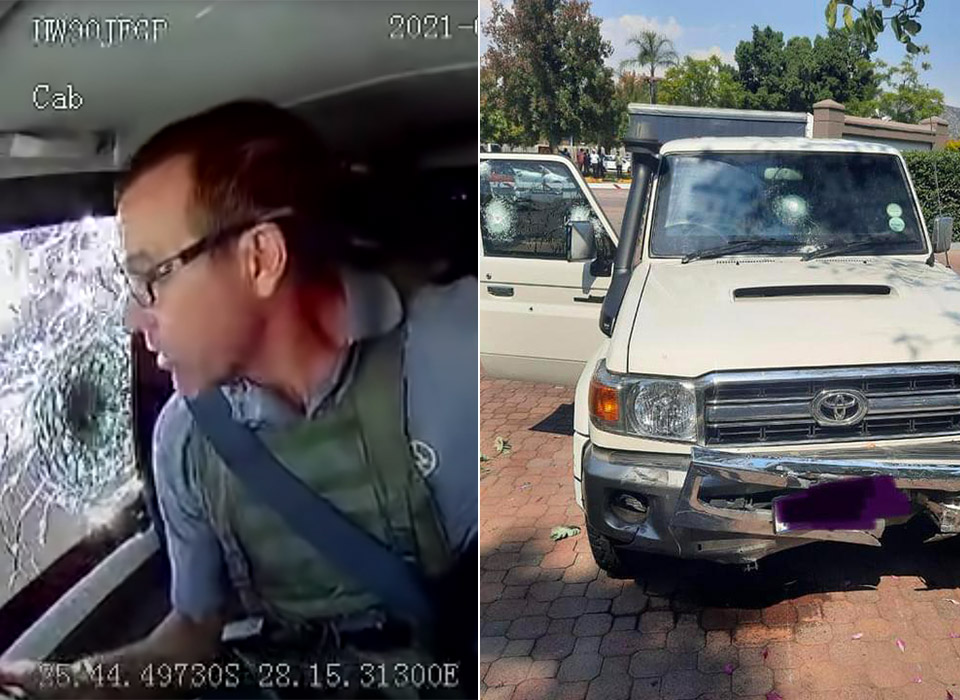 An armored car in Pretoria, South Africa was targeted as part of a robbery attempt. The mistake the would-be criminals made while planning this out however was not researching who would be driving that day. One of the drivers was an ex-police officer who also just happened to be an incredible wheel man.

The video shows the driver and his team mate carefully handling the situation as gunshots bombard the vehicle. The first shot was intended to hit the driver, but luckily this Toyota Landcruiser bakkie was very well reinforced. By the time the driver had gotten to a safe place, the thieves gave up pursuit. Good thing too because I can only imagine what this guy would have done to them.

Especially if his shooting skills were anywhere near his defensive driving skills.

You probably have to be pretty brave to take on a job like driving an armored car full of money. Even the sound of one pulling up to my old retail store scared me with the low vibrating hum. Those things are beasts and I would assume that to pilot one and feel safe enough to do so you’d have to be strong minded. I suppose I’m just one of those people that ends up thinking of all the terrible “what if” situations though.

According to the YouTube video, one person died during the attack.