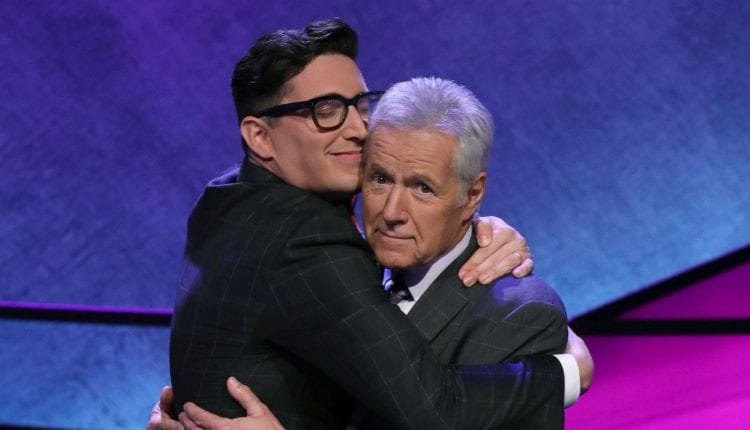 This grand prize price will be matched and donated to the Hope of the Valley Trebek Center for Homelessness.

Buzzy Cohen made his Jeopardy! debut back in 2016, and ended up winning more than $164,603 over the course of nine games.  In 2017, he won the Tournament of Champions, competing against Alan Lin and Austin Rogers.  Cohen then returned in 2019 as team captain for the “Jeopardy!” All-Star Games.  As a host, Cohen will work closely with the writers and producers of “Jeopardy!.”  Because of this hosting gig, he will no longer be able to compete in regular tournaments.

“Buzzy has been where each of these champions is, so it’ll be comforting for the contestants to see a familiar face behind the lectern. We will miss seeing him compete, but we look forward to seeing how he uses his quick wit and personality as guest host,” said executive producer Mike Richards, who served as a guest host for the trivia show.

The Tournament of Champion players are those who have won the most games between last year’s tournament and the end of 2020.  In addition, the winners of the Teachers Tournament and College Championship will participate.  This year’s competitors are: Ryan Bilger, Karen Farrell, Ryan Hemmel, Ben Henri, Mackenzie Jones, Sam Kavanaugh, Steve Moulds, Jennifer Quail, Sarah Jett Rayburn, Nibir Sarma, Paul Trifiletti, Veronica Vichit-Vadakan, Kevin Walsh, Andy Wood, and Jazon Zuffranieri.

Do you watch “Jeopardy!?”  Are you excited for Buzzy Cohen to host this year’s Tournament of Champions?

Unidentified Tree Creature in Poland Turns Out to be a Croissant

Here’s Your Chance to Live in Mr. Rogers’ Actual Neighborhood