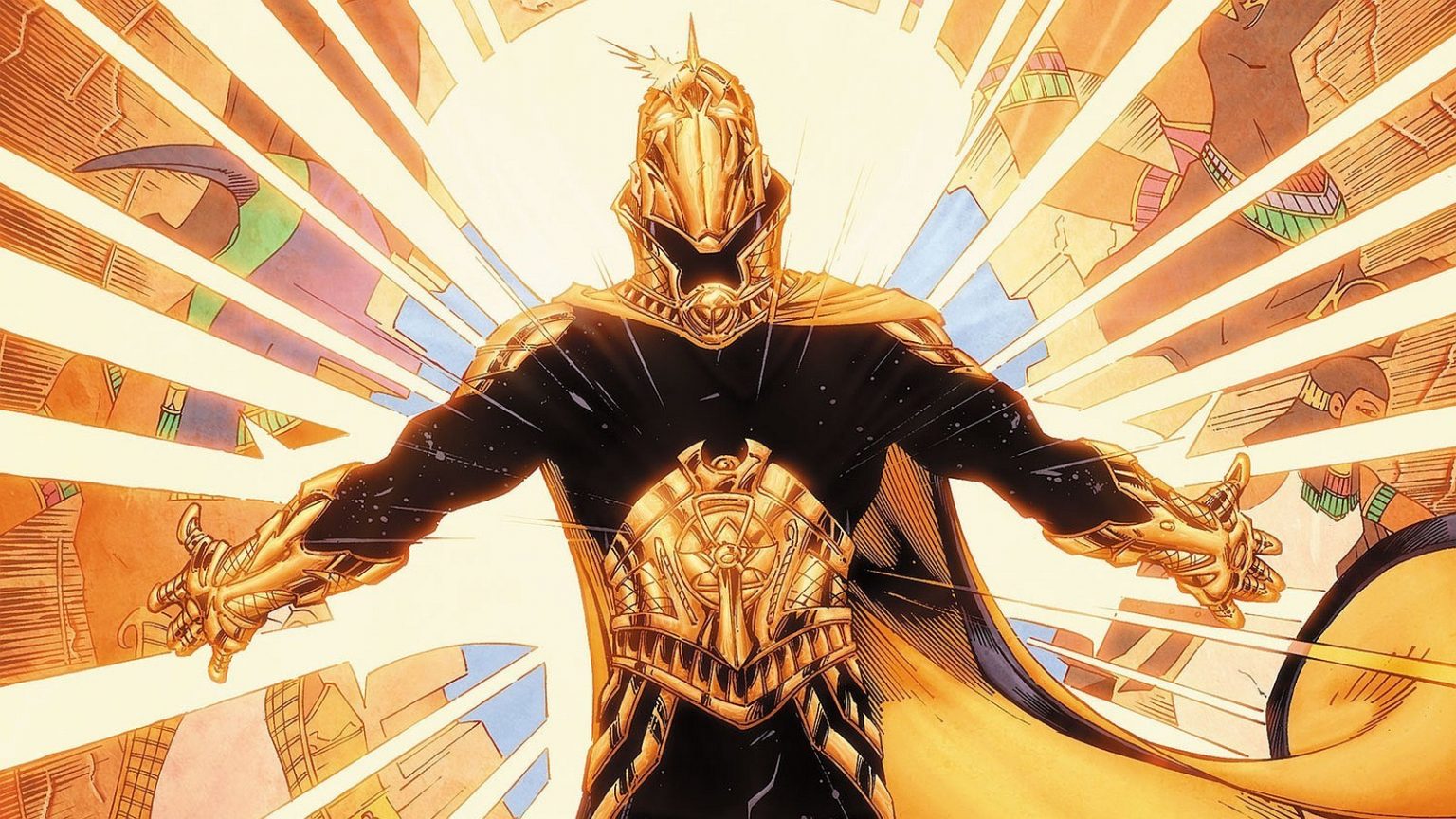 We are delighted to report that former 007 Pierce Brosnan is joining Dwayne “The Rock” Johnson in “Black Adam.”

DC Comics character Dr. Fate is the son of an archeologist who was taught sorcery skills and given the magical (and golden) Helmet of Fate. He also happens to be one of the oldest DC Comics characters, dating all the way back to 1940. He was created by Gardner Fox and Howard Sherman.

“Black Adam“ is shaping up to be an interesting film indeed. Along with Johnson in the title role of Black Adam and Brosnan as Dr. Fate, the film will also star Aldis Hodge as Hawkman, Noah Centineo as Atom Smasher, and Quintessa Swindell as Cyclone.

Jaume Collet-Serra has been tapped to direct, having just completed another Dwayne Johnson project, “The Jungle Cruise,” for Disney.

Adam Sztykiel wrote the first draft of the script, which now has revisions from Rory Haines and Sohrab Noshirvani.

Originally, the “Shazam!” adjacent project was going to release in December of 2021, but considering the cameras haven’t started rolling on it yet….we’re expecting a date change.

We’ll let you know what we hear about this and other upcoming notable projects.