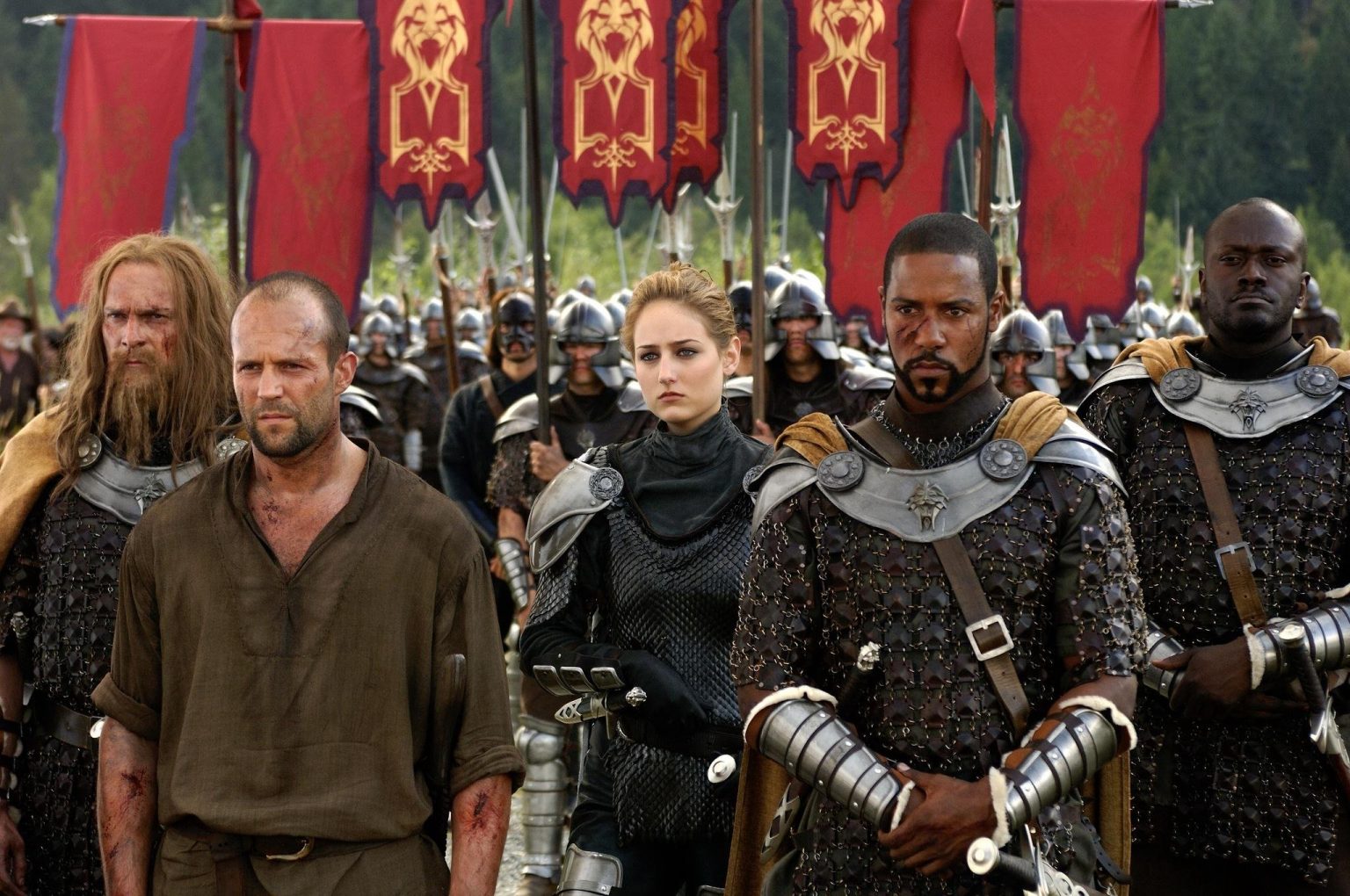 When I said I could probably do two full months of Uwe Boll films, I meant it. “In The Name of the King” raises an entirely different set of questions I never, ever thought I would have to ask when it comes to film. Mainly, why in the world are so many named actors in such a horrendous film? Who thought it was a good idea to have Matthew Lillard attempt a British accent?

And I’m going to ask this every time because it is a question no one can answer honestly, why is Uwe Boll allowed to make films?! By the time “In the Name of the King” was made, he had already proven he wasn’t capable of making a decent, watchable film for the masses, so who the hell watched “Alone in the Dark” and decided giving him $60 million and a star studded cast was a good idea?

I’m legitimately more upset by the people that allowed this film to happen and the people in it than I am at Uwe Boll. We’ve already established that Boll is a terrible director and maybe even a worse person, so it should come as no surprise that any film with any budget with his name on it will be anything more than what’s expected. What DOESN’T make sense, and what is less forgivable, is 20th Century Fox buying the distribution rights for “In the Name of the King,” and Brightlight Pictures for funding the project. Basically anyone outside of Boll’s own production company funded through his dumb German tax loophole should be held accountable for their mistakes here.

Like the previous Boll entries (and many others to come), there’s not sense in trying to explain the plot to anyone. This flick can best be described as an amalgamation of fantasy tropes from far better films. Seriously, just cherry pick a few genre tropes from some of the classics, slam them together in a 2 hour (yes, this abomination is 2 freaking hours long) cacophony of sound and images and you’ve got “In the Name of the King.” There’s nothing that happens you won’t immediately forget after it does, and nothing done that’s worth remembering. What REALLY matters is that second question: Why are there so many notable names in this godforsaken excuse for a movie?

Look, I get it. Not every actor gets the luxury of being able to be as choosy as their A list counterparts. Hell, even the best of them slum it from time to time. But that’s excusable for maybe one or two actors to show up in a bad movie by themselves and desperately try to remove it from their own career. Having at least 10 recognizable and solid actors in a single dud like “In the Name of the King” though? I’m sorry, but that is far more than everyone just cashing in a paycheck.

And I can’t imagine someone like Burt Reynolds owing Uwe Boll a favor, so what the hell is he doing here? Ray Liotta was doing just fine, turning in 5 films in the year before and serving as an executive producer for a pretty solid film in “Take the Lead.” So you can’t tell me he was sitting around getting fat, begging his agent to get him something, anything and then Boll came a knockin’ with “In the Name of the King.”

Even Jason Statham doesn’t have a logically or justifiable reason for starring in this film. He literally just came off his work in the sleeper hit “Crank,” so it’s not like his phone was silent either. Even guys like John Ryes-Davies and Matthew Lillard, who by all accounts are not strangers to a less than stellar filmography, still feel like they’er above this. Yes, that’s right. Even Lillard is too good for “In the Name of the King.” And what the hell is Gimili doing here?! Ryhs-Davies was a main character in what is arguably the best fantasy trilogy of the last 20 years. I’m sorry, but Dwarfs deserve better than this, John. My point is, no one of note needed a paycheck this bad. I’m inclined to believe that there had to be some kind of contractual obligation. I refuse to believe that anyone named so far actually WANTED to be in this movie.

Did I mention it’s two hours long? Because that’s really important if you’re thinking to yourself it’ll be a quick laugh to see how bad it is for yourself. It has roughly 4 to 5 endings, and I am not exaggerating. Every time you think the film has reached its conclusion, it cuts to another scene, and somehow there’s more. I honest to God have no idea how “In the Name of the King” warrants being this long. From what little plot there is from its conglomerate of tropes, it maybe tips the scales at about 85 minutes TOPS. And that’s being generous. It is a never ending slog of a film, packed with flat, wooden acting from every single actor, reprehensible dialogue, and shoddy special effects.

It’s safe to say that if you see Uwe Boll’s name show up anywhere in this series, there’s about 90% chance it’s going to end up deserving its rating. “In the Name of the King” ABSOLUTELY DESERVES its 4% on Rotten Tomatoes. It may even make the case for 0%, and most certainly earning its moniker as being one of the worst films every made. But there were two sequels?!

If there was anything good to come from this movie, it’s that the film did so poorly Boll made it his last big budget movie ever. So, I guess there’s that?

“In the Name of the King” is bad, really really bad and I offer my sincerest apologies to anyone who carries the misfortune of having paid money to see it in the theater.

No one should have to go through that.