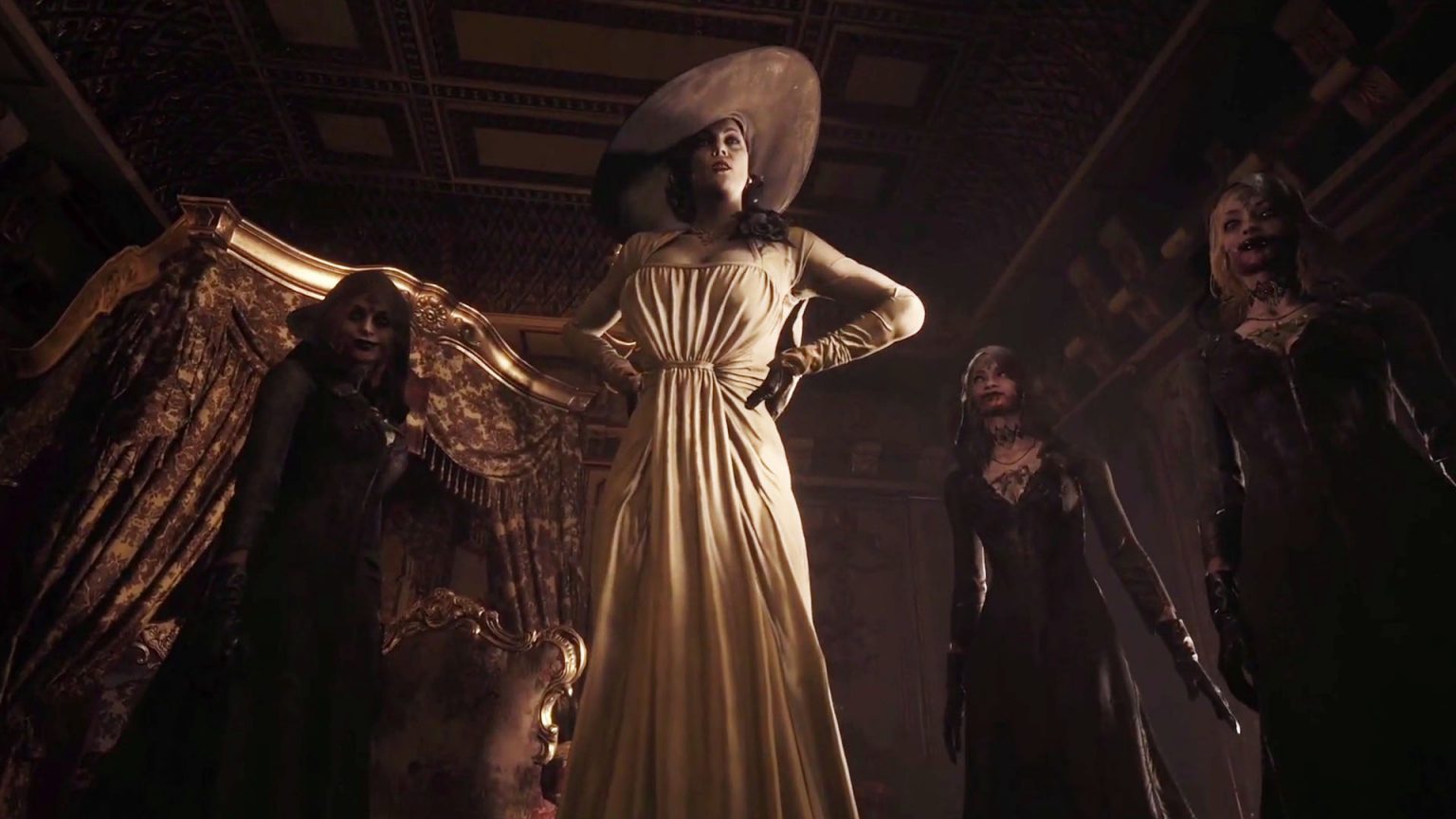 There’s no denying that Resident Evil is a landmark series in video gaming. Bringing the horror genre into the mainstream when it first appeared in 1996, it has since spawned over twenty sequels and spin offs, untold hordes of merchandise, and a series of massively popular action movies. A new entry in the franchise is often big news in the gaming community, and since the series had a soft reboot recently in the shape of 2017’s well reviewed “Resident Evil: Biohazard,” fans have been eager to see where the series will take its shuffling footsteps next.

But as the first solid details of the latest entry in the survival/action horror franchise creep out, 2021’s eagerly anticipated “Resident Evil: Village,” the attention of fans has been firmly stolen by the appearance of a seemingly gigantic vampire woman who inhabits the halls of the foreboding Dimitrescu Castle.

The release of a teaser trailer gave fans their first look at the mysterious and towering new villain, so far known only as The Mistress, in her white sundress and big floppy hat, and immediately interest was well and truly peaked. In fleeting images amidst the early reveal, we glimpse this new opponent almost crouching to emerge through a normal sized door, and look up as the huge woman smiles down at our player character, a horde of her tiny-by-comparison vampire girls at her side. Oh we’re interested alright.

Memorable villains are certainly nothing out of the ordinary for the franchise, with prior installments boasting such characters as long standing arch-villain Albert Wesker, the high-tech Aviator sporting super soldier, and Ramon Salazar, an insane Spanish aristocrat of tiny stature and truly hideous appearance. Another tradition for the survival horror genre is a pursuit enemy, a fearsome threat that stalks the player continually as they navigate the game. Often indestructible, this style of opponent can only be fled from, with confrontation usually leading to nothing but a futile waste of the players often scarce supply of ammunition or health. Pursuit enemies like Resident Evil’s fantastic bioweapon horrors Nemesis and Mr. X have been fan favorite features of the franchise for years.From what we’ve seen so far of the tall vampire lady, fans expect that she will fill the role of the pursuit enemy in Resident Evil Village, as well as very likely a primary role among the cast of inevitably twisted villains.

Female villains are less common in horror games than male ones, and this giant woman stands out among them for not only her imposing statue, but her alarmingly good looks and threateningly charming demeanor. A far cry from the demented and decaying Baker family that hounded us in the previous installment.

While true details on the figure we’re calling ‘The Mistress’ are still scarce, it’s clear she’s already had an effect on genre fans and others alike, with many taking to the internet in the days following her unveiling to show their appreciation in art:

The Mistress awaits in the eerie halls of Dimitrescu, and it looks like most of us just can’t wait to meet her.

“Resident Evil: Village” is scheduled to release on May 7th, 2021. If you can’t wait for a glimpse of The Mistress in the meantime, an exclusive demo is available to download free on PS5 now.