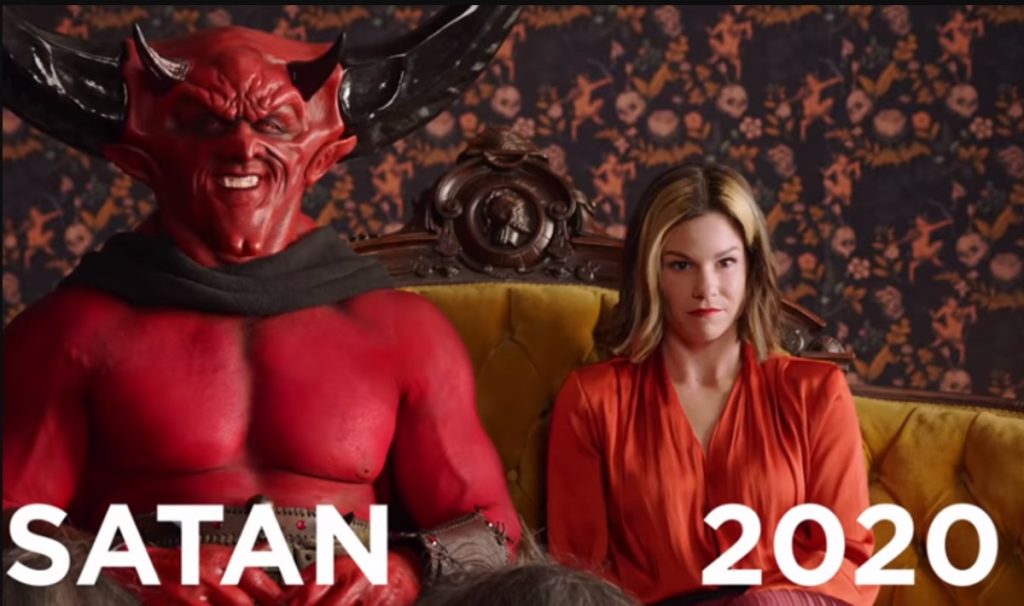 Christian Moms Petition For Match.com to Take Down Satan/2020 Commercial

There’s a new petition by some internet moms that wants to take down the commercials that Ryan Reynolds made for Match.com. You know, the one where Satan is matched with 2020 and they have a beautiful relationship. If you don’t remember check it out here.

Further there was another follow up commercial that they took issue with.

To Match.com from One Million Moms:

I urge you to clean up your dark and offensive advertising. I was highly disturbed by your irresponsible “Match Made in Hell” commercials portraying the devil as a cool and likable guy.Match.com, you are obviously not concerned about the message you are sending our children since you are airing these ads during primetime and during sporting events when families are likely watching. I implore you to stop producing inappropriate marketing campaigns and pull your demonic commercials immediately.

They cite that it makes light of hell and imply that we should teach our children to be fearful of “the demonic realm.” They call it “evil content” and call out Ryan Reynolds for making them.

“These two ads, both created by Ryan Reynolds, make light of hell and the eternal dangers of the demonic realm. One Million Moms does not want viewers to be deceived by this unbiblical depiction of Satan and hell.”

“These two dark commercials make it difficult for families and children to avoid such evil content while watching TV shows during prime time and sporting events.”

It reminds me so much of “Detroit Rock City” when the moms burn the kids tickets to see the “Knights in Satan’s Service” aka KISS. It’s funny to me but I’m also not religious. Maybe I’m missing the point but I see nothing wrong with the commercials. But its not about what I think it’s about what you think.

What do you think about the petition? Would you sign it? Tell us in the comments!