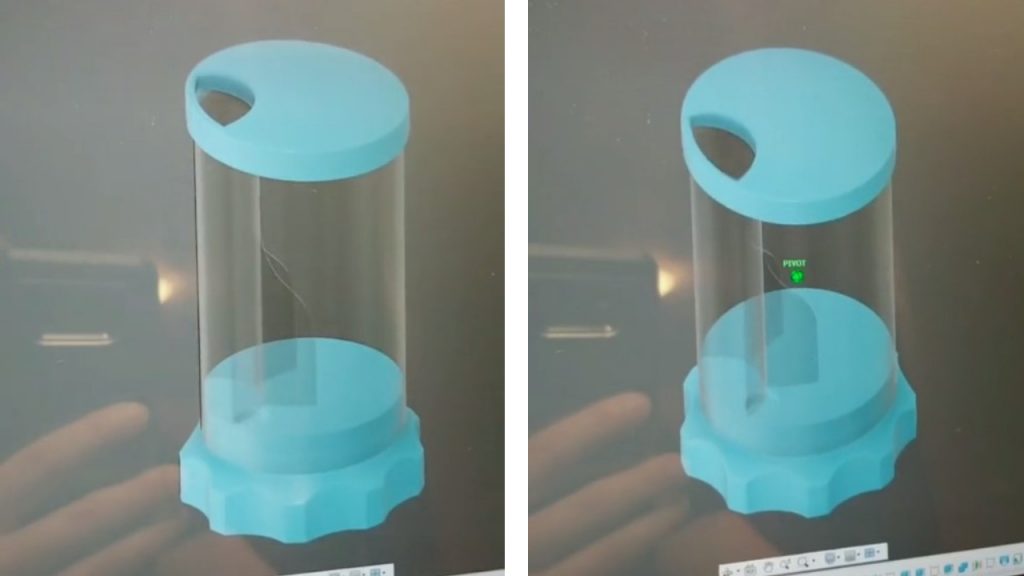 Thanks to the TikTok community there is a new invention making the rounds in the Parkinson’s community. It all started when Jimmy Choi, an amazing athlete who also happens to have Parkinson’s, shared a video to his 150,000 followers. He was trying to dispense a tiny pill with shaky hands and let people know that this was an almost daily struggle.

One of the subscribers to his TikTok named Brian Alldridge took to designing a solution. The post had bothered him so much that he taught himself how to use Fusion which is a 3D printing software. In a response video he announced that he had created a design for a pill bottle that would allow for the pills to be more easily dispensed for those with the disease.

But he wasn’t able to test it himself because he did not have a 3D printer. He said that he would share the design with those who did so that they could create them and improve upon the design.

Because of this thousands of people responded to Brian’s post and are now printing the bottle.

“I expected maybe one or two people to message me and subsequently back out when I couldn’t guarantee that the device would actually work. Instead, I woke up to thousands of users offering to print the thing and even more telling of someone they knew that could benefit from it.”

Alldridge says the reason this has had such a huge community response is due to TikTok, and how it works.

“The way that the app prioritizes content that people engage with on a per-view basis allows for all ideas to be considered by the user’s peers on the app, rather than a situation where highly subscribed creators dominate the main space regardless of interest.

Because of this, the app was able to figure out what type of people were engaging with the content, which was 3D printers in our case, and rapidly connected a community of amazing people willing to help.”

Thanks to all of this, the design is in the process of being patented. They believe that since it uses less plastic than the average McDonald’s toy that it should cost as such. Brian Alldridge has gotten a patent attorney to ensure that it remains open source and the patent itself will be donated to the Michael J. Fox Foundation.

If you know someone with Parkinson’s that can use this, now they are telling folks to contact those that are 3D printing them so that they can get them sooner. The Thingverse file has the printable design, and you can see the contact information for various people that will print and send one to you at cost.