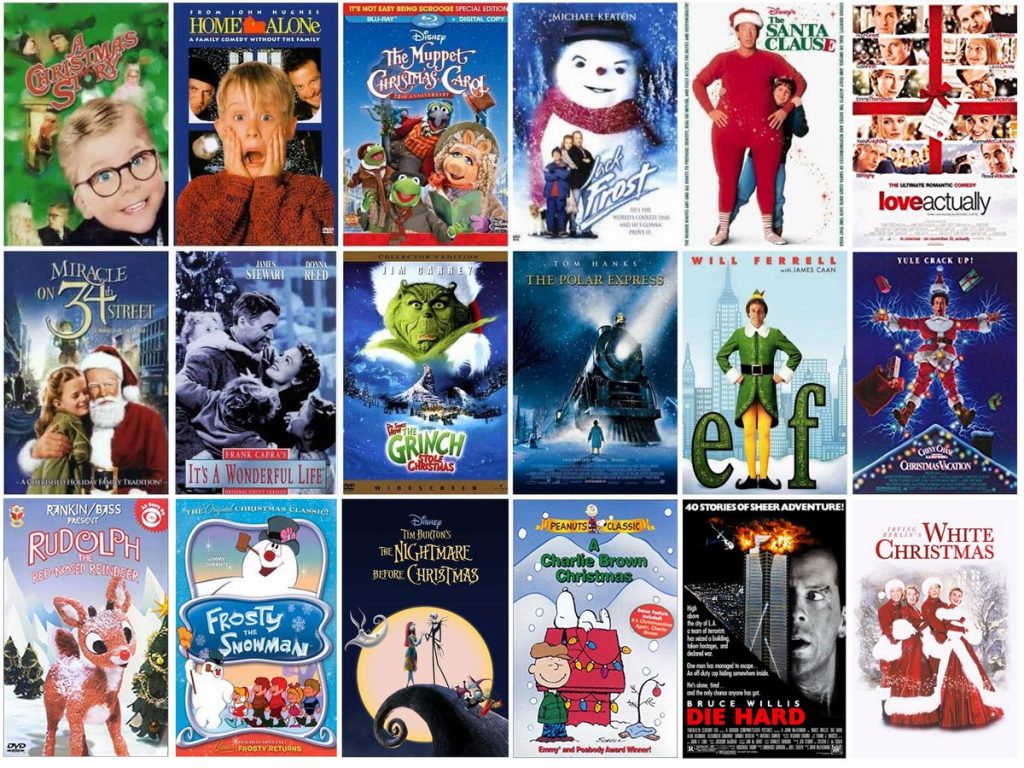 Every year, we break out the eggnog and watch the same 5 movies over and over again for 25 days. Christmas films have a longevity surpassed by none; 1946 is a long time for film to be on a lot seasonal favorites. And yet, every year we stick to traditions, changing the list only slightly to accommodate for new ones. That occurrence is rare, though. Outside of the Hallmark Channel, the films that get added to the pantheon of seasonal titles are surprisingly few and far between, and even more rare to surpass the ones we already cherish.

So, with the holidays in full swing, here is a list of my top 5 favorite Christmas movies.

Quick note before we start listing. The following list does not include films less than 15 years old. Yes, I know, it’s unfair to a number of films that have been released in recent years, but I’m operating on my longstanding list and not with what’s been more recently added. Also, I’m not trying to be clever here. After the disappointment of “The Holiday Movies That Made Us,” most of the films on this list will probably go without saying, as they are pretty common selections for most. We don’t all have to be counter cultural and only like films that no one has heard of. I’m certainly not going to do that here, so don’t worry. Ok, now that we have that out of the way….

Yes, you read that right. The guy who revels in mocking Hallmark Channel Christmas movies has the most romcom of romcoms on his favorites list. And its problematic plots and excessive use of romcom tropes aren’t lost on me, either. Admittedly, romantic comedies are my least favorite film genre, but something about “Love Actually“ just hits me in the feels almost every single time. Maybe it’s my affinity for the British accent, or the stellar performances of Alan Rickman and Hugh Grant (as charming as ever here). Maybe it’s the ridiculous but lovable language barrier storyline with Colin Firth, or the brilliant washed up rockstar performance from Bill Nighy. Whatever the case, however ridiculous and downright silly “Love Actually” can get, I absolutely love it. Flaws and all, it is a staple of my holiday movie watching.

“National Lampoon’s Christmas Vacation” may be my favorite National Lampoon film. Yes, even over its predecessor “Vacation,” “Animal House,” and my man crush Ryan Reynolds vehicle “Van Wilder.” Chevy Chase and Beverly D’angelo are just stellar here, and the jokes and quotable lines have been engrained in my since I was old enough to get them. It also makes you long for the days of non crazy Randy Quaid, who all but steals the film as cousin Eddy. I actually think of all the National Lampoon films, this one holds up the most. It functions more like a slapstick Christmas film than an irreverent frat house comedy that they are typically known for. At its core, “Christmas Vacation” is a family film. Maybe not appropriate for the WHOLE family, but you get the gist.

“Why is the carpet wet, TODD.” “I don’t know MARGO.” Pick up the perfect couples’ sweaters for “Christmas Vacation” fans here.

What would a Christmas be without everyone’s favorite child psychopath, Kevin McCalister? Add they dynamic duo of Joe Pesci and Daniel Stern as Marv and Harry, and you got a recipe for undeniable Christmas hit. Sure, the movie could be solved by literally any adult doing the smallest fraction of their actual job, but the film does do a good job in trying to isolate Kevin is the most realistic way it can. “Home Alone“ is a star studded blast, and one film I don’t really think I can find anything disparaging to say about it. “Home Alone 2” is a different story, as the Marv and Harry death toll is just too big to ignore and everyone is a caricature of themselves. But that’s a different review altogether. For now, my Christmas always includes “Home Alone.”

It’s not Christmas for me until someone gets their tongue stuck on a pole during recess. “A Christmas Story“ has been a Christmas tradition as far back as I can remember. I know this particular beloved film isn’t for everyone, but it’s one that I absolutely adore. It’s a simple story about a simple family during the holidays, and while I didn’t grow up in a snow filled Christmas state, something about “A Christmas Story” resonates with me 37 years later. There are so many iconic scenes from this film that even if it’s not on your list, chances are you’ve quoted it or inadvertently reference it at least once during Christmas time. That’s some staying power if you ask me, and I will absolutely watch it for hours on end on Christmas Day.

I don’t want to hear it. This is my list and it’s not up for debate. I don’t care what Bruce Willis says, “Die Hard” is a Christmas movie and I will die on this hill. For me, Christmas time doesn’t start until Hans Gruber falls from the Nakatomi building. I even have a Die Hard Christmas picture book. Yes, it has rhymes. There’s no need to convince anyone that “Die Hard” is just a great movie period. So many things work here, and if nothing else, it introduced the world to the late Alan Rickman. That alone should make the case for “Die Hard’s” greatness, but everything else places it high on the list of Christmas favorites for me.

This is the GREATEST “Die Hard” box set we’ve seen, and it comes in a Nakatomi tower!!

[Editor’s note: Derrick obviously picked some great titles. Some of my personal favorites for the holiday season are:

“Muppets Christmas Carol,” “Trading Places,” “The Long Kiss Goodnight,” “Gremlins,” and “12 Monkeys” (which you can see the Retro Crew Review tackle in one of our episodes here). For the superhero crowd, there’s “Deadpool 2,” “Iron Man 3,” and of course “Batman Returns.”

What are some of your favorite Christmas movies?