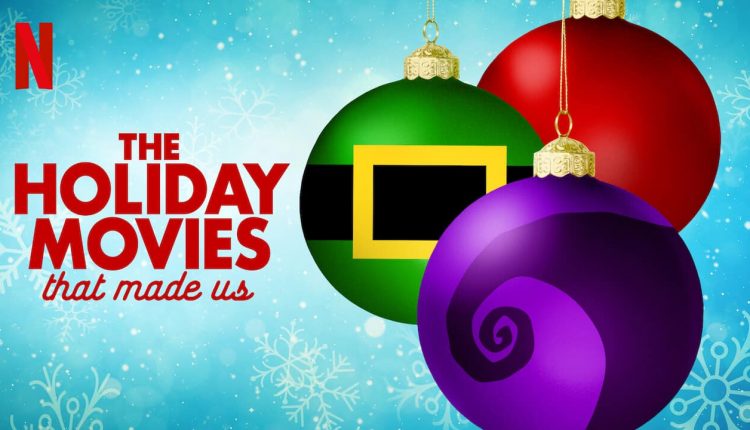 If you’ve been a fan of the docuseries, Netflix dropping “The Holiday Movies That Made Us” should fill you with the perfect amount of Holiday joy. The series beginning with “The Toys That Made Us” has been a welcomed peak behind the curtain for some of the most beloved toys and films in the last few decades. In theory, rolling out the well made series with a Christmas theme at the start of December should be sure-fire hit, but alas, it is not. Far from it, actually.

“The Holiday Movies That Made Us” pales in comparison to its predecessors, making odd film choices, an incredibly short season, and missing the mark of what made the docuseries so compelling in the first place.

There are two qualifications that need to be made before we deep dive into what went wrong for “The Holiday Movies that Made Us.” Number 1, I absolutely love this series as a whole. Every season has been great, from toys to film, and it has become one of my all time favorite (somewhat) hidden documentary gems on Netflix. Number 2, I absolutely love Christmas. I am by no means a Grinch, which is surprising seeing as how I spent 12 years in frontline retail. So if anyone should hate Christmas, it should be the guy who has heard “All I Want For Christmas Is You” and “Last Christmas” on repeat for 5 weeks, 6 days, and 12-14 hours a day for 12 endless years. But truth be told, I love Christmas music, I love Christmas movies, I love the lights, the decorations, the cheer, the mythology. Everything that Christmas embodies, that childlike wonder, I am here for it.

That being said, you can imagine my let down when it comes to “The Holiday Movies That Made Us.” There’s a laundry list of issue I had with this season, so let’s just highlight the most glaring and pertinent to the viewing experience. For starters, the short two episode season is baffling when you consider the plethora of classic and culturally relevant Christmas films that could have been covered. Even if you were to exclude the unfathomable amount of Hallmark Christmas Movies, you are still left with decades of iconic Christmas films that would be fascinating to watch unfold in the docuseries format. Instead, they opt to do just two films, one of which I would not classify as a Christmas classic (more on that later) and one that, while DOES qualify as a Christmas classic, is more fringe than mainstream in the broad scheme of things despite its rabid albeit countercultural fanbase.

The first episode centers around the making of “Elf,” which should already have you scratching your head going “huh?” Look, “Elf” is by no means a bad Christmas film, and for all intents and purposes, it hits all the right beats of a standard, funny, joyful one. But contrary to what “The Holiday Movies That Made Us” want you to believe, “Elf” is by no means iconic. First of all, the film is less than 20 years old, and in a genre that spans close to a century, it’s far too young to be considered a nominee into the iconic Christmas hall of fame. Even if you love “Elf,” it certainly isn’t a part of the inextricable cultural zeitgeist like say, “It’s a Wonderful Life,” “Miracle on 34th St,” “A Christmas Carol,” even “A Christmas Story.”

In addition to not really being able to sell the idea that “Elf” made us, the making of the film is just, well, not really that interesting. One of the most endearing and fun things to experience while watching the series is the discovery that many of the films and toys we can’t imagine the world without almost didn’t exist at all. The docuseries, until now, has done a terrific job in telling an against all odds story of creation, its undeniable success, its sometimes crumbling failures, and many times, its resurgence that solidifies it into the timeless cultural conversation.

“Elf” doesn’t really have any of this. And the miracles it does have aren’t because of anyone’s hard work and perseverance. It’s literally the fairly tale Hollywood story nobody really wants to believe happens because it’s just so downright silly and a little unfair. The film comes to fruition by a guy who moves to LA, writes his first script, meets a fancy producer the next week who shops it to a higher up producer who knows Will Ferrell who knows Jon Faverau who all agree to make the movie almost immediately and voila, “Elf” hits the theaters and is a smash it.

Aside from that being the most cliche “step one: move to LA and get famous” story ever, there’s really nothing to root for. Everyone involved in the making of the film is faking it until they make it, and they just happened to nail it on their first time out. That would be compelling if the creators themselves were a little more interesting, but they aren’t. And all of them have the exact same story: I know a guy who knows a guy who knows a guy that can make this movie, let me just give old James Caan a call. The poor choice in film and the fact that the making of said film isn’t all that interesting makes the first episode of “The Holiday Movies that Made Us” pretty boring.

Look, I get that this is a lot of words for a short series for a movie that shouldn’t even be covered, but “The Holiday Movies that Made Us” choosing “Elf” as one of only two films is not only baffling and frustrating, but it is wholly disappointing and I just can’t seem to stress that enough. The entire premise of “The _____ That Made Us” is that it sparks a profound nostalgia for things that have been so engrained in our memories we wouldn’t recognize the world without them. The toys and films covered by its predecessors literally made us, and stretches across generations of adoration and importance. “Elf” just doesn’t hold a candle to this kind of iconography, and I just can’t wrap my head around WHY this film was chosen. Out of all the films that would be perfect and far better candidates for a show they’ve already made 3 seasons of, why choose one that doesn’t fit the bill for anything the series is trying to capture? I’m sorry, but I just can’t let “The Holidays That Made Us” off light for this one.

Its second episode is a little bit more in line with the series’ overall themes, but only marginally. “The Nightmare Before Christmas” can absolutely be considered an iconic Christmas movie that made us. It’s old enough, strange enough to garner a massive cult following, and the creation of said film is actually interesting. From the unexpected but somehow destined rise of Tim Burton from a Disney intern to the hottest Hollywood director in 10 years to the true creative team behind the stop motion visual masterpiece (including plenty of Danny Elfman screen time), this episode feels much more in line with the things that made us we’ve come to enjoy. There are some interesting tidbits about the making of the film that we learn, and the closer look at the dynamic between the creators (and lack of Tim’s actual involvement despite his name being the only one to make the marquee) and just how difficult the film was to make that are truly fascinating. This is “The Holiday Movies that Made Us” one and only good episode.

Without droning on and on, “The Holiday Movies that Made Us” truly fails to capture not just the magic of Christmas through film, but also to communicate the one thing it sets out to do and has done by the seasons before it. The episodes suffer from peculiar film choices and only have two episodes with only one of the episodes being worth a watch. This also may just be a nitpick, but the change in narrator bugged me. Jennifer Julian is fine and isn’t new to the show, but something about her dynamic with the subject matter just never sat right with me. I guess regardless of gender, the abundance of interactions with the talking heads from the narrators wears thin no matter who’s doing it, but “The Holiday Movies That Made Us” bothered me more than it probably should have.

After multiple seasons, “The Holidays that Made Us” should be really good, providing fans a deeper look into iconic films that defined our childhoods. Unfortunately, for the aforementioned reasons, it just doesn’t get the job done. The last thing we need in 2020 is more disappointment during Christmas, and now I have to start my Christmas Movie watching tradition early to lift my spirits. If anyone needs me, I’ll be watching my favorite Christmas Movie, “Die Hard.” Don’t @ me.

Sign up to Receive the NERDBOT News!
[tipjarwp]
christmaselfholidaysNetflixReviewThe Holiday Movies that Made UsThe Nightmare Before Christmas
Share