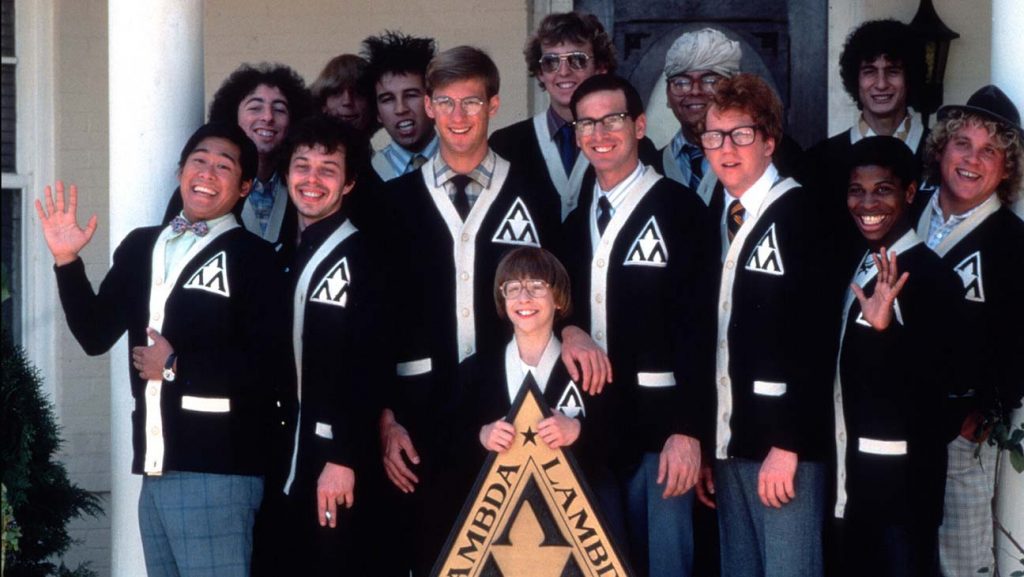 Ok, we totally admit there are certain comedy films we love that simply have not aged well- tonally, socially and morally accepted norms, and other various things that really stick out as no-fly now. BUT, sometimes the right person decides to reboot, revamp, and reimagine one of those properties into something perfect. In this case, it’s Seth MacFarlane, and he’s bringing the TriLambs from “Revenge of the Nerds” back in completely revamped way.

According to a new report, MacFarlane, who is deep into production on season three of his wonderful “Star Trek” parody love letter “The Orville,” will be producing this project via Fuzzy Door.

Variety says this “contemporary reimagining will pontificate about today’s nerd culture and what even constitutes a geek in the 21st century.” Yeah ok- we’re in!

Keith and Kenny Lucas (“22 Jump Street“), who are in reality twin brothers, will be writing AND starring in the project, which is for 20th Century Studios . (That’s what used to be 20th Century Fox before Disney purchased the entire Fox holdings). Alex Rubens (“The Twilight Zone (2018),” “Key and Peele,” “Rick and Morty”) is co-writing the script with the Lucaseseseses.

Really we just hope the music is good.